You are here: Home / Cancer Causes / E-Cigarettes: Not as Healthy as They’re Made Out to Be? 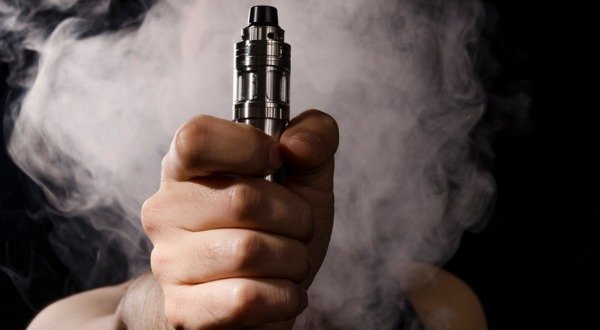 E-cigarettes are all the rage, as “vaping” is now the most popular form of nicotine use among American teenagers. Believe it or not, e-cigarette use rose by a staggering 900% among high school students from 2011 to 2015!

Also known as e-cigs or vape pens, they were originally marketed as a way to stop or cut down on smoking. The hope is that, without the actual smoke, the many health problems associated with smoking regular tobacco cigarettes will be diminished. Unfortunately, a growing body of research now indicates that vaping may not be as free from health risks as people imagine.

The U.S. Centers for Disease Control and Prevention (CDC) have stated that e-cigarettes can indeed benefit adult smokers who are not pregnant, as long as they completely replace any other nicotine or tobacco products. But are they truly safe?

Let’s consider some of the recent evidence indicating that e-cigarettes adversely affect our health.

A recent study from Birmingham University indicates that  users could be putting themselves at risk for developing lung disease. That’s because the nicotine-infused liquids used in e-cigarettes become much more toxic when vaporized, adversely affecting our immune system’s ability to clear our lungs and prevent harmful chemical buildups. Since most of the research on e-cigarette safety has looked at chemicals in fluids before they vaporize, some experts feel that the health risks associated with regular vaping may have been underestimated.

Alveolar macrophages are white blood cells which patrol and guard the tiny air sacs in our lungs. They engulf and break down dust, bacteria and other foreign particles. In the Birmingham study, researchers used lung cells taken from healthy volunteers who had never smoked to test the effects of e-cigarette fluid, before and after it had been vaporized and with or without nicotine. When e-cigarette fluids were vaporized and then condensed, they significantly damaged alveolar macrophages, regardless of whether they contained nicotine or not.

Damaged macrophages were less able to engulf and remove bacteria and dust, which could result in lung infections. Indeed, exposure to vaporized fluid was seen to induce many of the same changes in macrophage function that have been previously observed in cigarette smokers and patients with chronic obstructive pulmonary disease, or COPD.

This vaporized fluid also caused a tremendous 50-fold increase in harmful free radicals and other chemicals known to cause inflammation, which could further contribute to chronic disease. While this study challenges the prevailing view that vaping presents only minimal risks, some health experts still believe that smokers who switch completely to e-cigarettes are less likely to experience premature death and disability.

The National Academies of Sciences, Engineering, and Medicine Report

The National Academies of Sciences, Engineering, and Medicine have recently published a report that reviews over 800 scientific studies on e-cigarettes – and found conclusive evidence that most of them contain a wide variety of substances that are potentially toxic for our health.

For instance, nicotine exposure from e-cigarettes was found to be comparable to regular tobacco cigarettes. However, the report also found conclusive evidence that complete substitution of e-cigarettes for regular cigarettes reduces user exposure to many toxic substances, including those that can cause cancer.

At the same time, it appears that some chemicals in the aerosols of e-cigarettes can also cause DNA damage. In other words, long-term use of e-cigarettes could potentially raise the risk of cancer in users, a theory which has been somewhat supported by laboratory studies on animals.

Do you know your cancer risk level? Click here to find out where you stand… Plus discover more about our mission to eradicate cancer, once and for all.