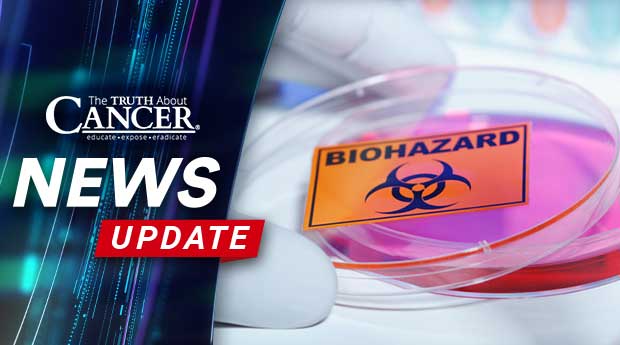 There’s a new superbug in Europe that is killing thousands each year. Due to antibiotic resistance, the death toll from this bug is 6 times higher now than it was 8 years ago. “The alarming thing is that these bacteria are resistant to one of the key last-line antibiotics,” said Dr. Sophia David, from the Sanger Institute.

Klebsiella pneumoniae is a bacterium that lives in the intestines. Although K. pneumoniae doesn’t cause any problems in healthy people, but for those who are sick, the superbug can be catastrophic. It can cause pneumonia and meningitis, leading to a high mortality rate. A new study says hospitals are to blame.

A study published recently in Nature Microbiology found that hospitals using a class of antibiotics called carbapenems were more likely to see bacteria resistant to the drugs. The spread of this disease is most prominent within hospitals.

Carbapenems are considered a “last resort” antibiotic, used to treat the most dangerous bacterial infections. But overuse of these drugs is causing a rise in antibiotic-resistant bacteria that doctors are struggling to contain. To make matters worse, researchers say that K. pneumoniae may be able to pass their drug-resistant properties to other bacterial strains.

When bacteria conjugate, they share plasmid, which contains genetic data. A study of the bacterium found that plasmid from K. pneumoniae contains the genetic code for drug resistance. Making the problem worse, this strain of bacteria – called Enterobacteriaceae – have the ability to evolve quickly. This rapid change in genetic makeup allows them to adapt to almost any antimicrobial drug rapidly.

This is an issue that scientists saw coming.

In April 2019, the World Health Organization (WHO) released a report to the United Nations warning that antibiotic-resistant bugs will be responsible for 10 million deaths annually by the year 2050. The solution, they said, is to cut down on excessive use of antibiotics in medicine and agriculture.

In 2015, U.S. pharmacies dispensed nearly 270 million doses of antibiotics – enough for five out of every six Americans to receive antibiotics every year. The CDC reported that at least 30% of these prescriptions were unnecessary. About 80% of all antibiotics sold in the U.S. are used on livestock.

But although agricultural use of antibiotics is a serious problem, this new study shows that hospitals are the main source of drug-resistant pathogens. And they aren’t alone. A similar study, published in April in Microbial Genomics, also found hospitals to be responsible for spreading the bacteria.

According to study author Francois Balloux:

Bacteria common in hospitals world-wide have an increasing number of genomic tools in their arsenal to spread and cause deadly infections. Carbapenems are the drugs we use when nothing else works, so an increase in bacteria with resistance to Carbapenems is a really significant public health threat. It means we’re out of treatment options and need to increase our global study and surveillance of these bacteria.”

According to research published in The Lancet Infectious Diseases, deaths from carbapenem-resistant K. pneumoniae in Europe went up from 341 in 2007 to 2,094 in 2015. This alarming rate is consistent with the warning of the WHO. Another drug-resistant superbug, candida Auris, has spread rapidly since the first known case in 2009. Nearly half of those who contracted the bug died within 90 days.

There is no doubt that antibiotics have saved tens of millions of lives. The discovery of penicillin marked a new era in which bacterial infections were no longer a global threat. But as antibiotics became more specialized and more accessible, we began to see the evolution of antibiotic resistance. Bacteria became resistant to the drugs that had previously contained them.

The overuse of antibiotics may also be crippling our natural immunity. With the majority of the human immune system found in the gut, it’s essential that we maintain a healthy gut flora. Good bacteria are what help remove toxins and absorb nutrients. Without a healthy gut, we cannot have a healthy immune system.

But antibiotics are indiscriminate killers. While useful against deadly infection, they destroy the good bacteria along with the bad. What this means is that your meat, poultry, dairy, fruits, and vegetables may all contain antibiotics. Couple that with the extremely liberal prescription habits in use today, and our guts are constantly under attack. You can protect yourself by buying organic food raised without hormones and saying “no” to unnecessary antibiotic prescriptions.

The researchers insist that infection prevention and pathogen surveillance are essential for stopping the spread of these super bugs. Better hygiene habits can prevent the contraction of these infections, and faster identification of the bacteria can help prevent their spread. But there’s more we can do.

To start, we need to dramatically reduce our dependence on antimicrobial drugs. The pharmaceutical industry has been aggressively pushing their use in agriculture, with ad campaigns encouraging farmers to pump their livestock full of antibiotics – even if they’re healthy.

More importantly, we need to find ways to support our immune systems and improve gut health. With 47 million excess antibiotic prescriptions in the U.S. and an alarming rate of use in our food, we need to be proactive. There’s no better way to protect your gut and repair antibiotic damage than pre- and probiotics.

According to the National Center for Complementary and Integrative Health (NCCIH), increasing probiotic content in your gut through supplementation or consuming probiotic-rich foods can help with allergy disorders, liver conditions, and even the common cold. The best natural source of probiotics can be found in fermented foods. Sauerkraut, kimchi, and kefir are all excellent sources of fermentation.

Antibiotic resistance is a growing threat worldwide. If we make changes now, we can leave a better, safer, healthier world for future generations.