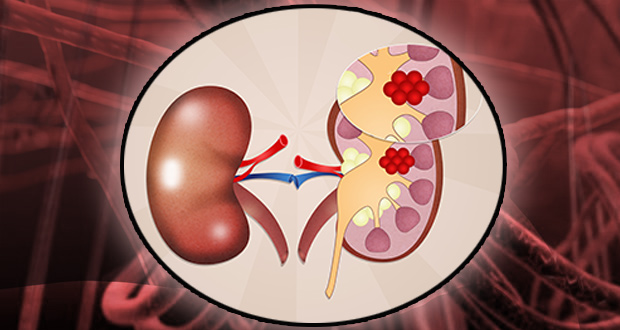 March is Kidney Cancer Awareness Month. It serves as a necessary reminder to learn the warning signs of the disease as well as the primary kidney cancer causes.

Knowing the symptoms and detecting kidney cancer early can make all the difference in maximizing life expectancy.

Read on to find out if lifestyle factors are putting you or your loved ones at increased risk for this deadly cancer. Understanding the risk factors will hopefully inspire you to change your habits and reduce the likelihood of developing the disease.

Every year more than 115,000 lives are claimed as a result of kidney cancer, and more than 270,000 people worldwide will hear that they have the disease. What causes kidney cancer is poorly understood amongst the medical community, and conventional treatment strategies have dismal outcomes.

However, researchers do know that kidney cancer is a metabolic disease. Genes have the potential to influence the cell’s ability to sense energy, nutrients, and oxygen, and to stimulate new pathways which progresses the disease. Roughly 5 to 8% of individuals have an inherited predisposition linked to several genes known to promote cancerous growth of the kidneys.

For patients with early stage localized cancers of the kidney, the  five to ten year survival rate is about 95%. However, for patients with advanced cancer (where the tumor has spread to other organs), nearly 80% will succumb to the disease within two years.

These statistics are too threatening for anyone to ignore the warning signs.

The most common symptoms of kidney cancer that you should look out for include:

Understanding your family’s health history is most important in knowing your inherited risk. Although heredity is out of your control, there are known risk factors which increase your chances of developing one of the many forms of kidney cancer.

While we cannot change the genes we have or even some of the risk factors that contribute to these cancers, we can take preventive measures to reduce the risk of developing the disease. 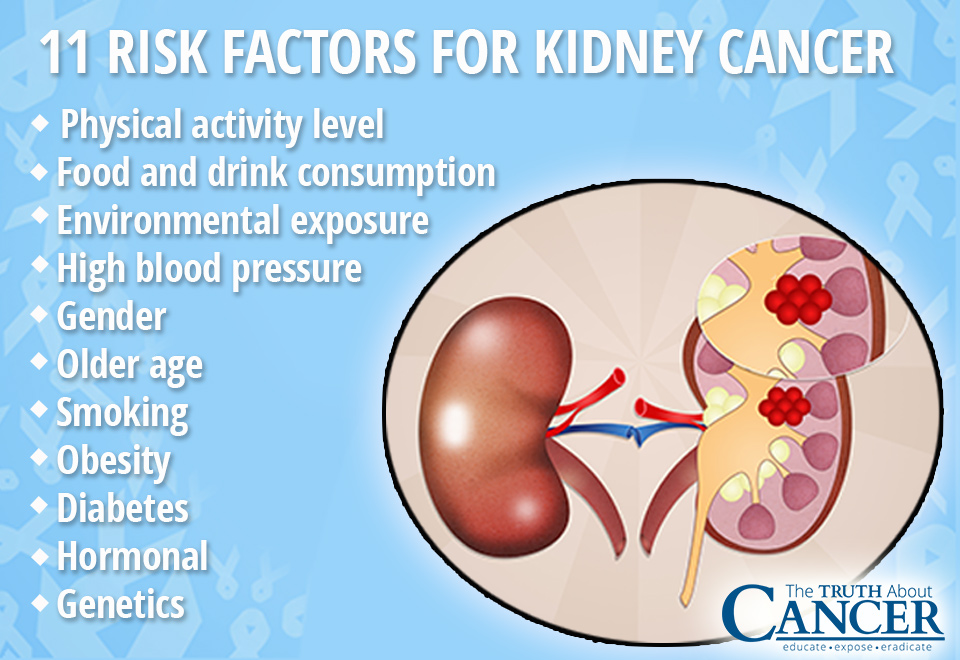 Smoking may be one of the greatest risk factors for elevating the likelihood of developing kidney cancer. Smoking leads to a 50% increase in risk for males and a 20% higher rate in females. Carbon monoxide exposure to tissue creates a hypoxic environment, or inadequate oxygen supply.

This dilemma has cascading problems including accelerated DNA damage to white blood cells circulating in the blood and increased oxidative stress. Genetic alterations have been found in smokers, likely caused by the exposure to a major component of cigarette smoke − benzo-alpha-pyrene diol epoxide. This chemical is a well-known cause of mutations and carcinogenesis.

Kidney cancer risk is significantly higher in those who are obese. The prevalence of renal cell carcinoma, in particular, has continued to grow annually and is one of the top 10 cancers affecting Americans today. More than 40% of renal cell cancer patients are obese.

Obesity increases risk of kidney cancer because it is associated with an array of adverse health complications such as insulin resistance, hypoxia, metabolic diseases, increased oxidative stress, and increased blood pressure.

Whether or not obesity alone directly impacts one’s risk factor for this cancer despite its umbrella of other factors is not known. Surely obesity correlates strong enough evidence to increase surveillance of the disease.

As with obesity, diabetes is likely a risk factor for kidney cancer despite its indirect relationship to causing the cancer.

There are contradicting results on how food and drink consumption affects the risk for developing kidney cancer. Research has found that common substances found in fried foods and baked goods may likely elevate risk. However, contrary to popular assumptions, some evidence shows that alcohol consumption of slightly more than one alcoholic beverage daily can reduce risk by 28%.

Science provides ample support that a diet rich in vegetables and fruit will lower your risk of developing cancer. A diet rich in antioxidants is one of the best known defense systems against its occurrence.

Do you clean the rugs and carpets in your home with spot cleaners and chemical solvents? You may now think twice before cleaning without the windows open and inhaling the “clean” smelling fumes.

Trichloroethylene is used for industrial machining and refrigerant purposes but can also be detected in a variety of household items such as rug cleaners. This sweet smelling chemical contaminates our air and water.

Trichloroethylene exposure can present with symptoms of nausea, dizziness, blurred vision, and confusion. Over time it can contribute to kidney cancer. While studies link several types of cancers to trichlorethylene, the relationship is consistently strongest between this toxin and kidney cancer. Scientists attribute this to specific renal cell mutations found in patients with exposure to trichlorethylene.

Hypertension, as well as the use of antihypertensive drugs and diuretics, will put you at an elevated risk. Those individuals who are both obese and hypertensive have an even higher risk level than those who have only one of these conditions.

Although the mechanisms for this association are unknown, women who give birth at a young age are 40-90% more likely to develop kidney cancer. The more births a woman had, especially at a younger age, the higher her risk.

You can’t change your sex or the next two risk factors but you should be well aware of your odds against the disease. Men are twice as likely to develop kidney cancer as women.

Kidney cancer is uncommon in people under the age of 45. The average age for diagnosis is 64. People between the ages of 50-70 should be screening for symptoms of the disease.

Clearly genetics plays a major role in the body’s susceptibility to the disease. Numerous factors play a role in the higher cancer rates in Europe and North America as compared to occurrences in Asia and South America. However, individuals of Asian descent living in the United States exhibit the same low rates of kidney cancer as do people in their country of ancestral origin.