You are here: Home / Cancer Treatments / How Medicare Doctors are Paid to Keep You Sick (video) 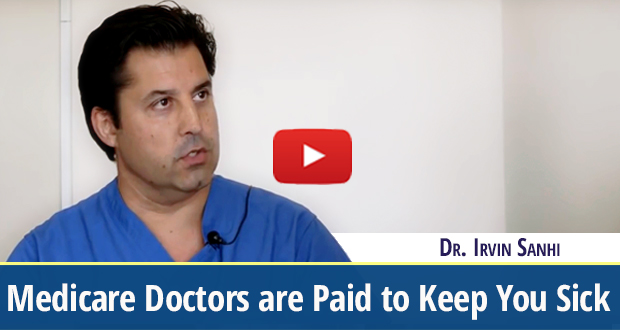 Video Transcript: How Medicare Doctors are Paid to Keep You Sick

Dr. Irvin Sahni: The bottom line is this. Doctors are incentivized the wrong way in my opinion; they’re incentivized the wrong way. So if you believe that the goal is to prevent disease to begin with rather than just simply treat it once it occurs. In other words, if you believe that being proactive is more important than being reactive, then you would agree with what I’m about to say.

If I see a patient who has Medicare, just because so many doctors see Medicare and the fee schedule is constant, I will bill Medicare based on certain variables. And some of those—it’s very complicated, of course, just like the tax code is very complicated.

But to simplify, there’s two very commonly used codes: it’s a 99213 and a 99214. A 99213 is just an evaluation visit, an existing patient I’ve been seeing them for years. And when he comes in I can bill a 992—a 12345, okay, almost never a one, almost never a five, things usually lay in the middle depending on what kind of doctor you are and how sick your patients are.

So I can sit there and ask a bazillion questions. But if I just say “take an aspirin” and I’ll never see you again, a 99214 would be inappropriate because you haven’t done anything. You haven’t used your brain. So assuming all the right questions are asked up to that last step I would then—if I make a difficult decision, okay, then I get paid more for making that difficult decision.

And if I don’t, I have to down code that. So what are the ways to convert a 99213 to a 4? One is I can sit there for exactly 45 minutes and document that and educate that patient. I can talk to them about diet, nutrition, far infrared sauna, whatever I want. I can sit there for a full 45 minutes and have a completely valid conversation that Medicare would have no problem with.

Ty Bollinger: You wouldn’t get as many patients then. 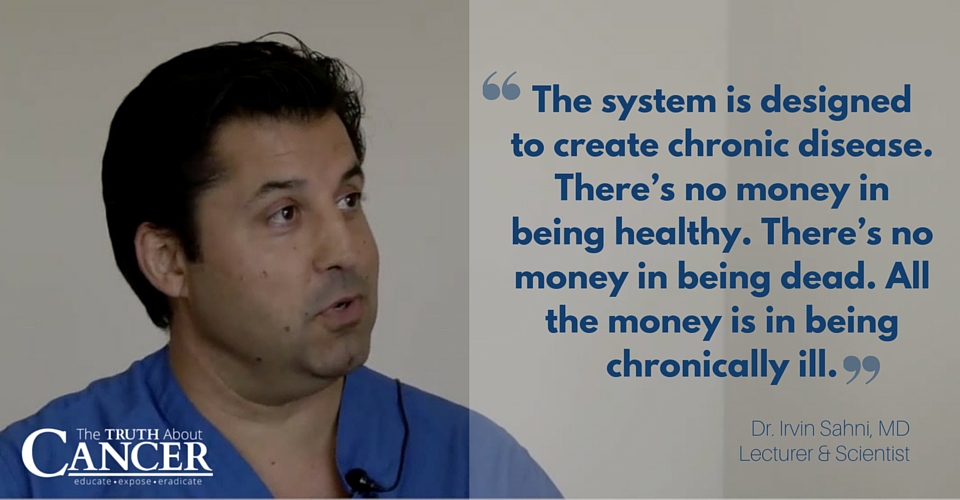 Let’s focus on the medicine side because so many doctors do that. Well, what are people going to do? I mean we all have bills to pay, right? And so if I can see ten patients an hour by simply flipping from one drug to the next and make a thousand dollars by seeing—well ten patients in an hour would be a lot so maybe I’m exaggerating. But let’s say four patients an hour. If I could see four patients an hour and just flip some drugs, I just billed out 400 dollars.

Or, I could sit there and actually educate the patient, try to help them prevent their disease, to truly find solutions, true healthcare solutions, but I’m only going to get that extra 60 dollars and I’m going to spend 45 minutes doing that.

So doctors are unfortunately put in a position where, number one… The patients also, by the way, don’t want to hear a lot of times how they need to lose weight, quit smoking, change their lifestyle. Some do, some don’t.

I mean I don’t want to be unfair, but the doctors also don’t want to take that time to do that because they can make so much more money. I’m not trying to beat on doctors here. I’m really not. This is just, you know, if you’re a mechanic and you can fix alternators for 100 dollars a pop and you can put air in tires for five dollars a pop and they take the same time… where do you think you’re going to put your efforts, right?

The way the remuneration works for physicians, even with Medicare, is that it encourages more drugs to be written, switch from one drug to the next. You know, “get out of here.” 15 seconds I’m done. 99214.

By design I feel like the system is flawed. And who do you think is paying the congress people money for their next election campaign? Some small town doctor who’s trying to educate people on how to lose weight… or Pfizer or Merck? And I’m not picking on any specific company here. But it’s just simply true. That’s where the money comes from.