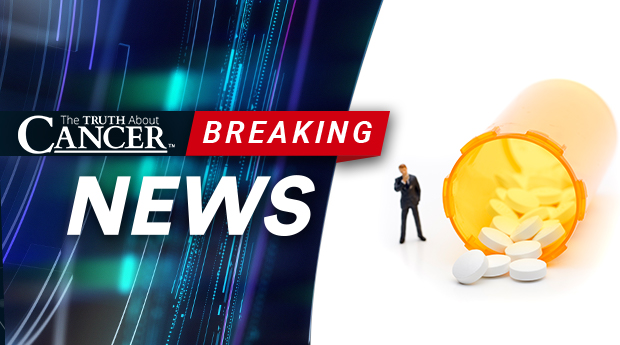 Handcuffed by its own rules, the FDA has granted an extra 3.5 years of exclusivity for a cancer treatment, potentially costing the public as much as $3 billion.

Thanks to the Orphan Drug Act and FDA regulations, Eagle Pharmaceuticals’ blood cancer drug Treanda will not have any generic counterparts until the very end of 2022, despite having that protection for over a decade. This is just another example of how pharma companies are able to manipulate the system… finding loopholes in regulations designed to help patients, in order to increase profits.

Here’s how it happened.

Treanda is a chemotherapy drug designed to treat chronic lymphocytic leukemia and B-cell non-Hodgkin’s lymphoma. It is a bendamustine hydrochloride marketed by Teva Pharmaceuticals. In 2008, Treanda was approved by the FDA and soon granted orphan designation (meaning other companies cannot make generic versions of the same drug for 7 years). Bendeka, another bendamustine hydrochloride nearly identical to Treanda, was approved in 2015.

Produced by Eagle Pharmaceuticals, Bendeka was originally denied orphan status, but after winning a suit in federal district court, it was awarded exclusivity until December of 2022.

In 2015, Teva and Eagle entered into an exclusive licensing agreement for Bendeka in which Teva handles promotion and distribution and Eagle handles regulatory approval and clinical studies. Scott Tarriff, President and Chief Executive Officer of Eagle Pharmaceuticals, said

Given their strong presence and unsurpassed knowledge of this market, we believe there is no better company than Teva to optimize the market potential of this product.”

Now, because Treanda and Bendeka share the same active ingredient, the FDA is compelled to extend orphan status to both drugs, effectively blocking the introduction of any generic competition for three and a half more years. This loophole essentially doubles the amount of time that the drugs are protected, which will hurt consumers.

In fact, Ronny Gal, an analyst for Bernstein, estimates that the FDA decision will cost the public $3 billion. He called the decision “illogical” in issuing the following statement to his clients:

This is poor performance by FDA which shows that even in the Gottlieb era, the risk-averse bureaucracy can get lost in its own maze of regulations. The illogical decision will cost the public some $3B in added costs.”

Gal says that at least five different companies are pursuing generic versions of the drug(s).

While my position on chemotherapy drugs is not in question, the fact that companies continue to manipulate the system to generate profits is infuriating. With a virtual monopoly on the specialized blood cancer drug, Eagle Pharmaceuticals can set their own price without fear of competition.

We’ve seen this before, when Catalyst Pharma was awarded orphan drug exclusivity for Firdapse, a drug designed to treat the autoimmune disorder Lambert-Eaton myasthenic syndrome (LEMS). For decades, this drug was made available for free by Jacobus Pharmaceuticals through the FDA’s compassionate use program. Jacobus lacked the financial backing to pursue market exclusivity, but said it wasn’t a priority.

After patenting the drug and receiving an orphan designation, Catalyst slapped a $375,000 price tag on the drug, generating hundreds of millions of dollars in revenue for investors – a cost borne by patients. When asked why Jacobus had not made an attempt to register and market the drug for sale, they replied,

First and foremost we wanted to make the drug available to the patients and the physicians. That was our No. 1 priority, so that was what we did.”

A rare sentiment from the pharmaceutical industry.

Orphan Designation and The Orphan Drug Act of 1983

The Orphan Drug Act, passed in 1983, was introduced to encourage drug manufacturers to develop treatments for rare diseases with a small market. In addition to the 7 years of exclusivity protecting these companies from competition, pharmaceutical companies awarded an orphan drug designation receive tax credits, waived FDA fees, grants for research and development, and other incentives.

This law was designed to help the patients, but corporate entities, who substitute investor interests for a moral compass, have found ways to exploit both the patients and the law to generate massive profits. And regardless of my stance on any particular drug, we need to remember that the people suffering most are among society’s most vulnerable.

These aren’t wealthy vacationers being charged $1,500 for front row seats to see Celine Dion in Vegas; these are people who are sick, scared, and desperate for hope. But big pharma doesn’t care about patients and they certainly aren’t interested in disease prevention. They’re interested in money. And ethics continue to be trampled on the road to revenue.

The War on Natural Medicine

Small companies like Jacobus can’t stand up to these pharmaceutical behemoths. Their years of research have been blocked from the public while a bigger corporation makes money hand over fist. This is why we don’t see a focus on disease prevention and natural treatment: there’s no money to be made. If these sleazy companies are willing to perform legal acrobatics to ensure that they can continue gouging sick patients, why on earth would they invest in something that would make their product obsolete?

It would be killing the goose that lays the golden eggs. And what’s worse, these companies are not passive. The almighty dollar is perhaps the greatest obstacle to knowledge and disease prevention. I cover these stories every week.

We lost so many of the ones we love because they weren’t informed. The medical establishment doesn’t want you to learn about nutrition and holistic therapies because there’s no money in it. And they’re happy to watch as sons and daughters, mothers and fathers, and husbands and wives pay the price – as long as the money keeps flowing.

And we won’t stand idly by.

That’s why we started The Truth About Cancer. That’s why we’ve travelled the world to learn more about cancer treatment from leading experts. The late nights, the long days, the persecution our family faces – we do it all for you. And I can promise you this: as long as we have breath, we’ll continue to learn and share the truth.