So, let’s get into the heart of the science of all of this. Oxidative stress. Now, oxidative stress is what, as we said, is the leading cause of disease.

Oxidation is normal. Oxidative stress is not normal, okay? So we need oxidation and we need reduction in the body, but we don’t need oxidative stress. That’s where we start to have problems with joints and with other parts of our body not functioning properly. So basically, to have oxidative stress, this means your antioxidant system, your immune function is not acting appropriately. You’re not counteracting these radicals, what’s called ROS or reactive oxygen species. They’re very damaging free radicals. Not all free radicals are bad. In fact, most free radicals have a physiological role in the body. It’s very important to have them. Here, we just are having an imbalance of ROS or reactive oxygen species. These are created in the mitochondrial respiratory chain, especially for eating a lot of sugar, we have more oxygen radicals. Okay? So this is what some of the causes would be, which would be stress and lifestyle and all kinds of things, but a lot of gut damage, when you have antibiotic overuse and people say, “What’s over use of antibiotics?”

Anytime we’re using an antibiotics for anything other than a life threatening bacterial infection, that’s an overuse of an antibiotic. They don’t touch the flu. Viruses are not touched by antibiotics. Okay? But if you have a life-threatening or a significant bacterial infection, okay, then there could be legitimate use of antibiotics, obviously. Then, of course we need this, very quickly restore gut flora or you’re going to be susceptible to other disease and invasion of your body. So these are the things that we understand and the gut damage is probably the most common, which can come from overuse of antibiotics, it can come from heavy metals, it can come from pesticides. Obviously Jeffrey Smith, any of you who loved Jeffery Smith, very close friend of mine, he is championing the fact that glyphosate, for instance, destroys gut function at the tiniest, tiniest little bit.

So don’t eat anything or drink anything with glyphosate. And guess what? If you have well water in your house and glyphosate is sprayed anywhere within a 300 mile radius, it gets into the drinking water. So now you’re drinking glyphosate. It’s very exciting. That tastes like strawberries though. So if you’re like, just kidding, it really doesn’t. So anyways, what we want to do is make sure we’re not bringing these things into our body. We don’t want to bring pesticides, we don’t want to bring any of these kinds of things. And so the way to do that is eat organic, non-GMO foods. That’s the only way to do it. Okay. There’s no magic. It’s just eat food without pesticides in it. It’s a new thing we’re trying. So anyways, oxidative stress again, leading causes of disease. I think we talked about it. These are some examples of some things that happen when you have oxidative stress.

And there are other things that happen. Inflammation is a good response in the body, but if you have it all the time, it creates more issues, doesn’t it? You know, if we hit ourself on something hard, the body sends fluid and then we have inflammation. We have other issues, but it’s protecting us. It’s a temporary measure. It’s when we have chronic, acute, constant inflammation. This is where we start to have other issues that come—the body can’t manage all of these fluids. And so if we have inflammation by immune response to foreign substance, such as virus or bacteria, though that’s a cause, also autoimmune. But what’s auto-immune? It means your immune function is not working, right? Somehow we call it autoimmune, but it just means your immune system is not taking care of business. Okay? And so we need to increase immune function, whether it’s Lyme disease or any of these kinds of diseases that you know that are immune-related. We just need to increase immune function, right?

And I say when we overuse antibiotic, imagine for a minute, and I kind of want to drive this home cause it’s important for take home. If I said, a few minutes ago that with one use of antibiotic, you destroy your gut and let’s pretend, that all you just destroyed was 80% of your bacteria or 80% of your military in your intestinal track. Think about that on a scale for the United States of America, what if in one, three-day period, it doesn’t matter what three days, because that’s what antibiotics are now, is three cycle, three days, right? Wipe out everything in three days. Imagine if in any given three day period, in any given year, something happened in 80% of the military of the United States, ships, tanks, warheads, military personnel were gone. What state would our country be in?

We’d be susceptible, wouldn’t we? We’d be susceptible for a lot. And even if we took all of those people left and put them to the edge of our country on every part and all the tanks in the military and every warhead, every whatever—we would still be susceptible because there are powers greater than if we only had 20% of our military. And do you think they might take advantage of that? Heck yeah! They’d give it a shot. So this is what’s going on with us. We’re fighting and we’re doing well, but we might only be using 20% of our immune function. And so we can keep up with a normal day. But what if we have a bad day or a stressful day or another attack of some kind that’s double right? What if one country came to one side of the country and then the other country came to the other. And then a third one… that’s when we’re like, “Oh crap, we’re in trouble. Right? Oh, oh, they, they’re teaming up on us.” Does that ever happen in our bodies where we have two or three things going on at one time? Of course, that’s when we get into trouble. It’s not just one, usually, sometimes not even two. It’s the third attack that harms us. 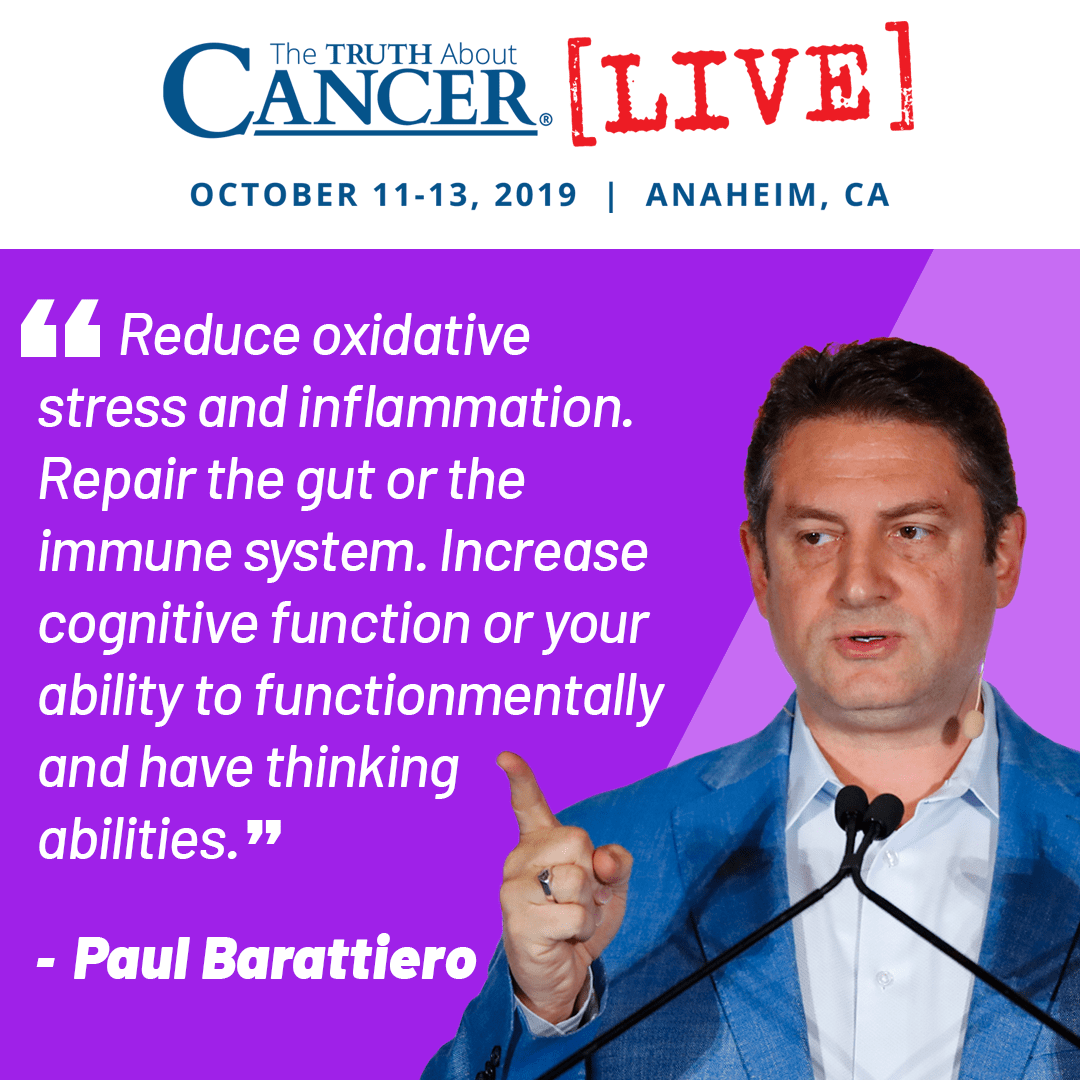 So how can hydrogen help? The ten second answer is what? Reduce oxidative stress and inflammation. Repair the gut or the immune system. Increase cognitive function or your ability to function mentally and have thinking abilities. So are these three things important? I think they are.