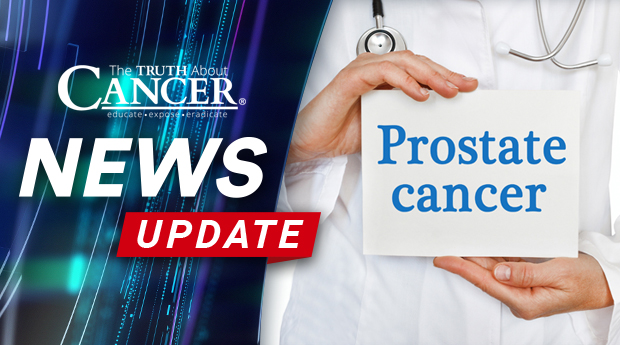 Men diagnosed with prostate cancer are willing to sacrifice survival odds for a reduction in side effects and an improvement in quality of life, according to research presented at the 2018 National Cancer Research Institute (NCRI) Cancer Conference last week. Prostate cancer is the second most common cancer in American men, with about 1 in 9 men diagnosed in their lifetime, but prostate cancer treatment may be a greater concern than the cancer itself.

The study sought to learn more about how men diagnosed with prostate cancer prioritize various aspects of treatment, and the extent to which they may accept lower survival rates in exchange for a better quality of life. The study evaluated 634 men in the UK, 74% of which were diagnosed with low- or intermediate-risk cancer, and 26% with high-risk cancer.

The men, all of whom completed the study within one week of being diagnosed and had not discussed specific treatment with their doctors, were presented with two hypothetical treatments options. Each treatment had a different impact on factors like survival, sexual function, urinary function, and additional future treatment.

Although survival was the most important factor, avoiding incontinence or additional treatment and maintaining sexual health were highly prioritized as well. In fact, the research found that men are willing to accept a lower chance of survival if it means reducing the side effects of prostate cancer treatment.

On average, the men were willing to trade:

Although prostate cancer affects millions of men each year, the long-term prognosis is excellent, even without treatment. Hashim Ahmed, Chair and Professor of Urology, Imperial College London and Chair of NCRI’s Prostate Cancer Clinical Studies Group, presented the research. He said:

In fact, it is far more likely that patients will experience negative side effects related to prostate cancer treatment than improved odds of survival. Reuters recently reported that men diagnosed with prostate cancer who undergo surgery and radiation are significantly more likely to be prescribed antidepressants, which come with a host of their own health risks. The negative effects of these treatments tends to propagate, resulting in a worse quality of life for patients.

Treatments often include radical prostatectomy (removal of the prostate) and radio therapy, the side effects of which include urinary incontinence and loss of sexual function. Recovery can take weeks or even months, and patients routinely require a second round of treatment. These treatments, often unnecessary and ineffective, significantly lower quality of life, with little to no tangible benefit.

Many men choose instead to rely on early detection and “watchful waiting” to monitor the progression of the cancer. And while getting your prostate-specific antigen (PSA) levels tested on a routine basis is considered the standard for early detection, the PSA test simply reveals how much of the prostate antigen a man has in his blood, which does not necessarily indicate cancer. Infections, benign swelling of the prostate, and over-the-counter drugs are all factors that can elevate PSA levels.

The problem is that high PSA levels often lead to biopsies and surgery that can cause an otherwise dormant cancer to spread and create compounding health issues for patients. As this research has shown, many men are willing to sacrifice survival odds for a commiserate reduction in these side effects. Even the creator of the PSA test, Richard Ablin, has spoken out against the test. In The New York Times, he wrote “The [PSA] test is hardly more effective than a coin toss. As I’ve been trying to make clear for many years now, PSA testing can’t detect prostate cancer…The test’s popularity has led to a hugely expensive public health disaster.”

Remember: you do not have to rush into surgery upon diagnosis. Dr Mark Scholz, medical director of Prostate Oncology Specialists in Marina del Rey, California, and executive director of the Prostate Cancer Research Institute, says “Men who have been diagnosed with prostate cancer have plenty of time to research all their options.”

←
Previous
Speed Over Safety: The Perilous 5G Network
→
Next
How to Resist Chemotherapy: A Step of Faith (Part 1)