Dr. Peter Osborne: So today, I want to talk about a concept. It’s very rarely discussed, and it falls back on my expertise. I’m a clinician, so I’m in the clinic and I’ve been practicing for 16 years. I’ve treated over 5,000 people with chronic autoimmune conditions. And the message that I want you to walk away with today, may be one of the most important messages you’ll ever have if you’re trying to prevent cancer.

Because what I want you to understand is that cancer is actually end-stage autoimmune disease, and that’s what we’re going to be talking about today.

How many of you’ve heard of pre-diabetes? Yeah, all hands go up.

How many of you’ve heard of osteopenia as opposed to osteoporosis, right? It’s pre-bone loss. It’s bone loss in its earlier stages where it’s not quite classified as full-blown bone loss, or osteoporosis. 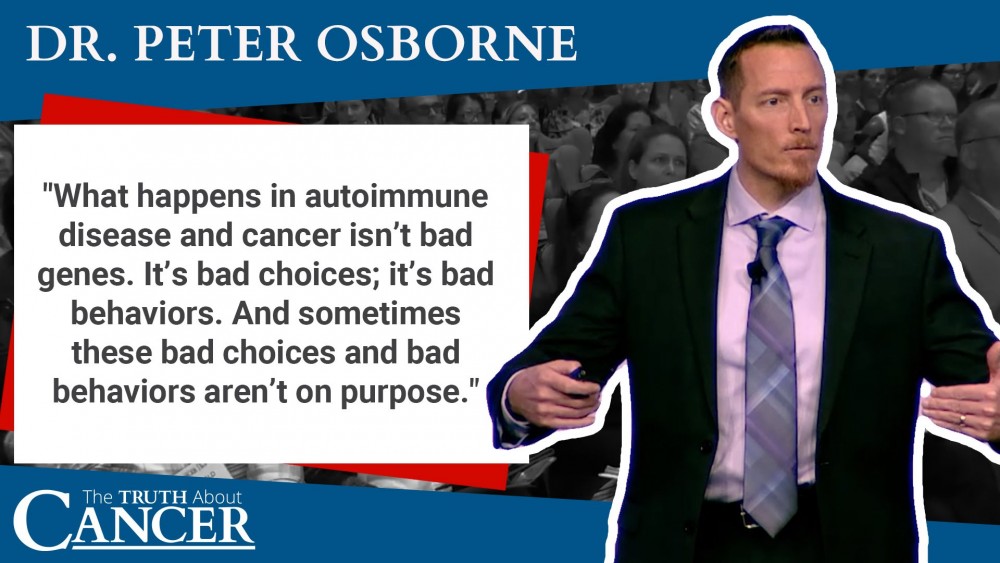 So, how many of you saw this Time cover? This was several years ago. Time came out with a special article on inflammation being the cause of all major chronic degenerative diseases, including cancer, including autoimmune disease. So, inflammation being kind of the core element, the core fundamental piece as a causative factor in chronic degenerative diseases. So, that’s heart disease, cancer, diabetes, osteoarthritis.

How many of you in here have an autoimmune disease? Wow, okay. So, this is right up your alley.

So, what I want to talk about, you see this little diagram here, environmental triggers create an overburdened immune system, which then tends to lead toward an autoimmune response. When you have autoimmune disease long enough, that chronic inflammation that’s being caused from self-attack, meaning your immune system is attacking your own tissue, creating an inflammatory damage to that tissue, that sets the stage for pre-malignant change. That sets the stage for cells to morph and change into malignancies.

At this point, you’re now in a state of immunodeficiency, which is when cancers grow. Cancers grow when our body’s immune systems are overburdened long enough. And again, the bottom piece of that is cancer. How many of you have ever heard of functional medicine? Okay, good.

This diagram—whoops, here we go. This diagram is also known as the triangle of health. And I want you to look at it. And the core of this triangle is your genetic code. You can see the DNA. Genes are like light switches. They can be turned off or on. And they’re turned off or on by your choices.

So, how many of you’ve ever heard you have the X, Y, or Z disease because you have bad genes? Anybody ever have a doctor tell you that? It’s poppycock. No, really, it’s poppycock. 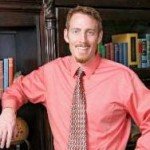 Dr. Peter Osborne is the clinical director of Origins Health Care in Sugar Land, Texas. He is a Doctor of pastoral science, and a Board Certified Clinical Nutritionist.Often times referred to as “The Gluten Free Warrior," he is one of the most sought after alternative and nutritional experts in the world. His practice is centered on helping nutritionally support those with painful chronic degenerative and autoimmune problems using natural methods. He is one of the world’s leading authorities on gluten sensitivity, and lectures nationally to both the public as well as doctors on this and many other nutritionally related topics. He is the founder of the Gluten Free Society, and the author of several books including the best selling book, "No Grain No Pain," published by Touchstone (Simon & Schuster)