You are here: Home / Cancer Prevention / Can an Anti-Angiogenic Diet Help Beat Cancer? 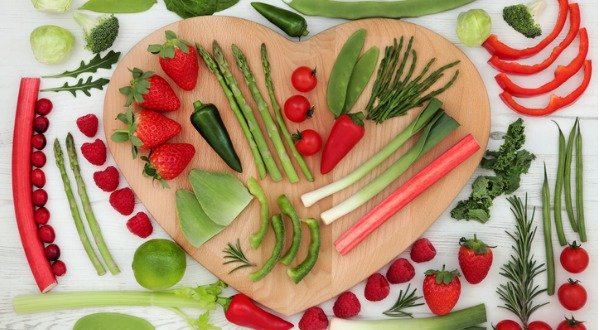 For those of you who have been following TTAC, the idea that you can prevent and even cure cancer by changing your diet is not news. For the mainstream media, however, the idea that your diet can help you win the war against cancer is a revelation. For instance, station WMUR News 9 Live in New Hampshire recently featured a story with the headline: “Woman given 21 months to live now cancer-free with help from a tailored diet.”

The news report is of Kathy Bero, who in 2005 was diagnosed with breast cancer. A year later, she was diagnosed with another tumor near her neck. She was told she had less than two years to live but underwent surgery and began traditional chemotherapy nonetheless. When her organs began to fail, she decided to stop the treatment and try something different.

She changed her diet to foods that starve cancer cells – an anti-angiogenic diet. As Bero says. “It isn’t really about eating healthy. It’s about eating specific foods that fight disease.” At TTAC, we provide a wealth of knowledge and resources about foods that can heal and foods that protect and even battle cancer and other diseases.

Sadly, Kathy is just one of countless patients who are told that chemotherapy, invasive surgery, and radiation are their only hope when given a cancer diagnosis.

We’ve heard hundreds of stories from survivors who have chosen to pursue nutrition and holistic healing to beat cancer. This may be big news to mainstream media outlets, but we know the truth – cancer is NOT a death sentence, and you CAN heal and prevent disease by changing your diet and lifestyle.

Conventional medicine continues to be surprised at the results, but we’ve seen the power of an anti-angiogenic diet. Twelve years after her diagnosis, Kathy is healthy and cancer-free. Now she helps others with cancer manage their diets so that they can live cancer-free, too.

Find inspiration from cancer survivors sharing their stories of healing and hope.