You are here: Home / Cancer Treatments / The Right to Try Act Is Saving Lives – Part 2 (video)

If you missed part 1, watch it here!

So, any way, what is the mechanism of success for cancer treatment? As I mentioned, there are from 40 to 650 abnormal mutated genes in the single cancer case, which are continuously changing and increasing the numbers. Single genes may have multiple mutations. The number of possible mutations in cancer is estimated at 30 million. This is a mind boggling number. Well, this genes which are mutated, they enslave thousands of normal genes and form a network from the problem in the body, a software which is instructing the body how to make cancer. Only in some cases, a simple medication can eradicate these genes and cure the disease because this is such a complex problem.

Well, so we have to compare now what is the basis of standard cancer treatment. For over 170 years, the treatment of cancer was based on microscopic [inaudible]. In 1845, prominent doctor, who the future of was [inaudible], introduced the principles of microscopic diagnosis of cancer. Since then, certainly, there were various microscopic techniques which are much superior, but the bottom line is the same. Look under microscopes from slides from tumors, determine the name of the cancer treatment, everybody the same, which obviously did not work because everybody’s different. 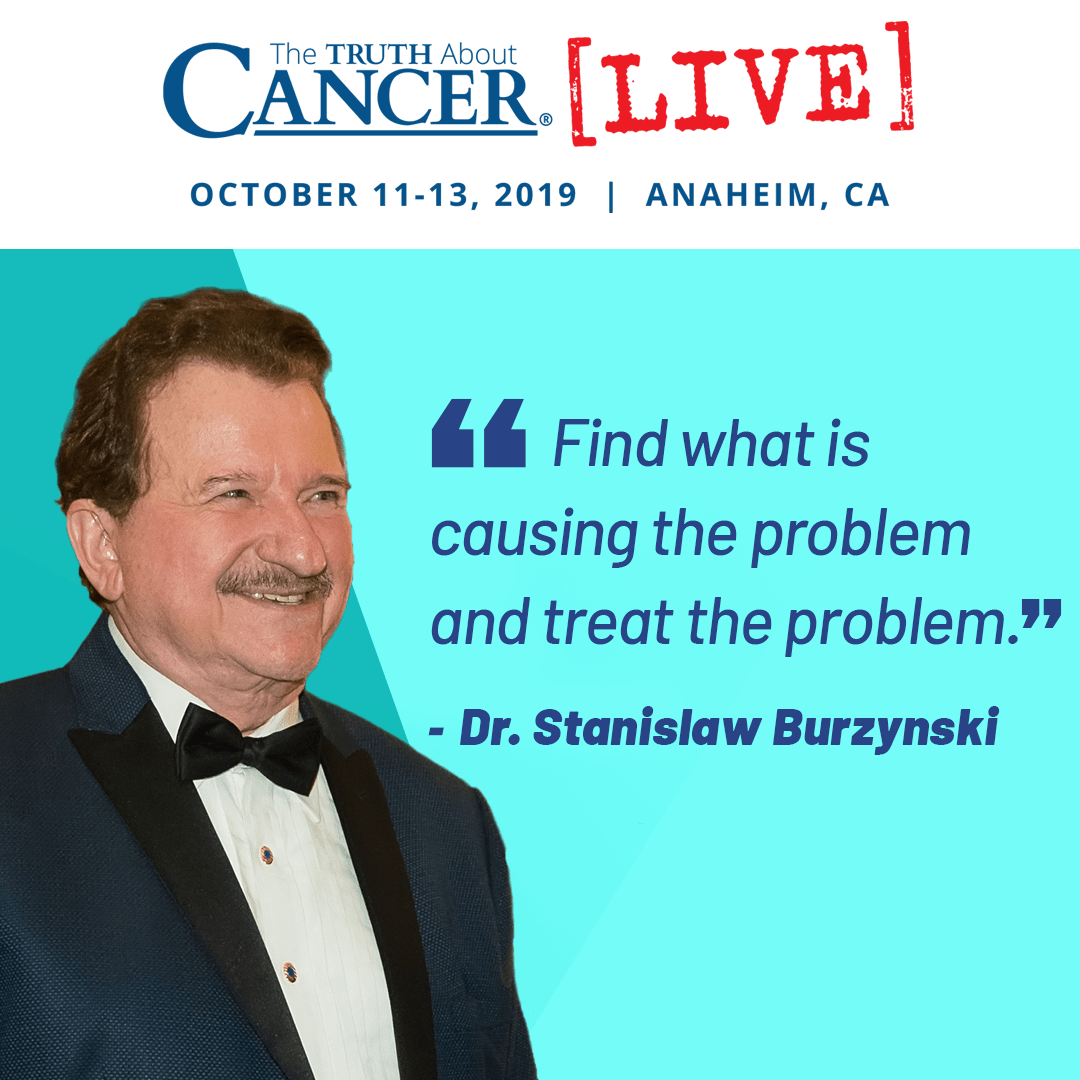 What is the basis of revolutionary change in cancer treatment? Well, what it means, we have to find out what is causing the problem if you like to solve the problem. You would like to fix the car, you’re not going to call Washington to see and ask, “Well, my car is not working. What should I do?” They say, “Well, the standard for fixing the car are these three points. Try it, okay?” It’s not going to work, okay? You need to find out what is causing the problem. Not a new idea, it was introduced about 2,200 years ago by great philosopher Aristotle, whose father was a prominent doctor. He was saying, “Find what is causing the problem and treat the problem.” Okay, this idea is supported now by some prominent minds in medicine. One of them is Francis Collins, Dr. Francis Collins is the director of the National Institute of Health and what he was saying six years ago is that in the near future, our way to diagnose cancer based on pathology diagnosis will be good for nothing. It’s not very important if this is breast, lung, or prostate cancer. What is important is what is causing this, what genes are causing this? And then we should treat the genes.

Well, that’s what we are doing. So, this is now called precision cancer treatment because the chances for response are more precisely determined than in the standard treatment. And what this involvement is? Well, the identification of genes involved in cancer in individual patients. The treatment with gene-targeted medications that selectively kill cancer cells, which contain abnormal genes, and it is only a certain way that treatment of infectious diseases. When penicillin was introduced as the first antibiotics and then streptomycin, well, what doctors were treating infection of the lung, infection of the kidney, infection of the skin. But, finally, they got the idea, “Well, it doesn’t work this way. Let’s find out what are the germs which are causing the infection and then select the right antibiotic.” And then, they were able to save lives. Before, people would die from pneumonia and now, it’s not so common. People can live after pneumonia, these successful antibiotics.

The problem is that in the infection, you may have just three types of germs and you use combination of three antibiotics, and the problem is over. In cancer, you are dealing with from 40 to 650 abnormal genes and this is just the tip of the iceberg because this is even much more complicated. So, you really need to cover in your treatment large number of genes. So, basically, this would not be possible without using antineoplastons. They cover 100 common cancer genes. It is possible to find out what are these mutated genes by the tests, which are covered by insurance, and for people in United States, they won’t need to pay for it. And then we can select additional medications, if necessary, together with antineoplastons and lead the treatment to cancer cure. Not palliative treatment, which will work for awhile and the patient will die early to later than without a treatment of sometime sooner. This is the curative treatment, which can get rid of cancer, and that’s what we like to do.

So, we have to realize that cancer is the disease in information processing. Genetic information is segregated in approximately 23,000 genes. Genes process information through signaling pathways. In reality, this is much more complex system, but anyway, we don’t have time to elaborate this. This system operates like quantum computer, which now is quite popular because, well, the United States now in the competition with China. Who will first get quantum computers, which will be a million times more proficient than carbon computers? But, in our body, we are dealing with quantum computer. Abnormal genes form very complex signaling network and this is cancer genome, which exists parallel to our normal genome. This cancer genome needs to be destroyed because, if it’s not destroyed, the cancer will always come back because we have a problem in our body, how to make cancer cells. Surgery, radiation, and chemotherapy are not able to do it. This is the cyber wall, which needs completely different approach. It can be conquered by using antineoplastons in combination with gene-targeted therapy and immunotherapy.

Dr. Stanislaw Burzynski, a nationally and internationally recognized physician/investigator, pioneered the use of biologically active peptides for the treatment of cancer. In 1967, at the age of 24, Dr. Burzynski graduated first in his class of 250 students from the Medical Academy in Lublin, Poland. It was at this time that he identified naturally occurring human peptides, which were deficient in cancer patients. He concluded that these peptides played a role in preventing the growth of cancer cells. In 1968, he earned a PhD degree and became one of the youngest physician/investigators in Poland to hold both a MD and PhD degree.In 1977 the Burzynski Clinic was established in Houston, TX. Since then, more than 10,000 patients have received treatment at the clinic, including more than 2,300 cancer patients who have been treated in FDA reviewed and Institutional Review Board (IRB) approved clinical trials program of Antineoplastons, investigational agents that derived from Dr. Burzynski’s early investigations of naturally occurring human peptides. Currently, new FDA-reviewed Phase II and III clinical studies utilizing Antineoplastons are awaiting funding approval prior to patient enrollment.