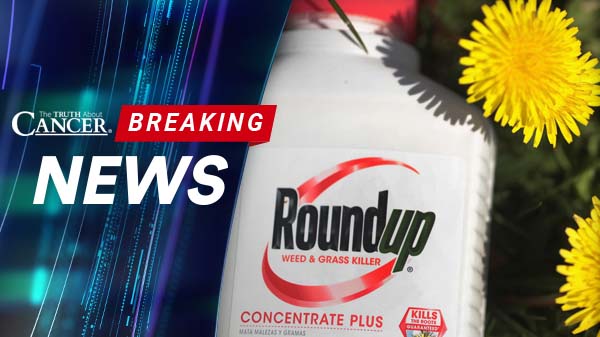 Earlier today, the Supreme Court of the United States denied Bayer’s appeal regarding the safety of its weedkiller, Roundup. The decision marks an end to the years-long legal battle to determine if Roundup causes cancer, and the company will likely be forced to pay billions of dollars to settle current and future lawsuits.

Bayer acquired Roundup maker Monsanto back in 2018 for $63 billion. Since then, the company has been buried in lawsuits claiming that glyphosate – the primary ingredient in Roundup – causes cancer. Bayer has lost more than 50% of its market value since the acquisition and stocks dipped by about 4% on news of the Supreme Court’s decision.

For the better part of a decade, we’ve talked about the extreme danger that glyphosate poses to public health. This was before Bayer – known for manufacturing aspirin and birth control – acquired Monsanto, a leading herbicide manufacturer. Glyphosate has been shown time and again to cause cancer, but Bayer made one final attempt to have those claims dismissed in court.

In August of 2021, a California appeals court upheld an $86 million verdict that found Bayer responsible for a couple’s cancer after using Bayer’s glyphosate-based Roundup against weeds. The court was abundantly clear about Bayer’s guilt in the case:

“We find that substantial evidence supports the jury’s verdicts. Monsanto’s conduct evidenced reckless disregard of the health and safety of the multitude of unsuspecting consumers it kept in the dark. This was not an isolated incident; Monsanto’s conduct involved repeated actions over a period of many years motivated by the desire for sales and profit.”

Last year, Bayer asked the high court to invalidate a $25 million jury verdict in favor of Ed Hardeman, who says decades of using Roundup on his Northern California property caused his non-Hodgkin lymphoma, a type of cancer.

The 2019 jury verdict in favor of Mr. Hardeman came in the first federal trial over whether Roundup’s active ingredient glyphosate causes cancer. The court’s denial bears not only on that case, but also on thousands of similar ones against the company.

“This has been a long, hard-fought journey to bring justice for Mr. Hardeman, and now thousands of other cancer victims can continue to hold Monsanto accountable for its decades of corporate malfeasance,” Hardeman’s trial lawyers, Jennifer Moore and Aimee Wagstaff, said in a statement.

Bayer has faced thousands of lawsuits over the past few years, totaling billions in damages. Plaintiffs have contended not only that glyphosate caused their cancer, but that Bayer knew it caused cancer and hid the information.

In a landmark 2018 ruling, a California jury found that Monsanto failed to warn consumers that their pesticides cause cancer. The plaintiff, Dewayne Johnson, was awarded $289 million in damages.

Bayer/Monsanto legal representatives disagreed, saying that “more than 800 scientific studies and reviews…support the fact that glyphosate does not cause cancer, and did not cause Mr. Johnson’s cancer.” In 2017, the U.S. Environmental Protection Agency found the chemical not likely carcinogenic to humans after a decades-long assessment of glyphosate dangers.

But the International Agency for Research on Cancer (IARC), the cancer-research arm of the World Health Organization, found glyphosate to be a “probable carcinogen” based on studies. The IARC’s ruling goes against the assessment of every other agency that has studied glyphosate, including the EPA, European Food Safety Authority, and WHO, who openly criticized the decision.

It’s not a coincidence that the FDA doesn’t require a single safety study on GMOs, as determined by a policy overseen by Michael Taylor. Michael Taylor, a former attorney for Monsanto, was given the position by the FDA after specifically creating it to promote GMOs. This allows companies like Monsanto to determine the safety of their products for themselves.

Taylor then returned to Monsanto as vice president and chief lobbyist before becoming the FDA Food Safety Czar. There is overwhelming evidence that Monsanto has maliciously interfered to bury any evidence that glyphosate is unsafe.

Matthew Stubbs, a lawyer at the firm Duncan Stubbs who represents Roundup plaintiffs, said: “We’re grateful that SCOTUS has put an end to Bayer’s strategy of deny and delay.”

He added, “Today, SCOTUS has set a clear path for recovery in the courts, and we look forward to having jury trials throughout the country for decades to come.”

Last week, a federal appeals court ordered the US Environmental Protection Agency to take another look at whether glyphosate — Roundup’s active ingredient — is a carcinogen. Studies have linked it to some cancers.

In a 3-0 decision, the 9th U.S. Circuit Court of Appeals said the EPA didn’t adequately consider whether glyphosate causes cancer. “EPA’s ‘no cancer’ risk conclusion did not stand up to scrutiny,” said Amy van Saun, an attorney with the Center for Food Safety. A Bayer spokeswoman said the company believed the EPA would continue to conclude, as it had for years, that glyphosate-based herbicides aren’t carcinogenic.

In many ways, the damage has already been done. Our soil and water have been poisoned on a massive scale – perhaps irreversibly. A 2019 study found that 95% of beers and wines sold in the U.S. contain glyphosate. That includes about 75% or organic brands, demonstrating the far-reaching impact of Bayer’s widespread industrial use of Roundup.

People have died. Many plaintiffs may not live long enough to see a settlement thanks to Bayer’s recalcitrant refusal to own up to their mistakes.

But holding companies like Bayer accountable is essential if we want to live in a free, healthy world. Questioning the integrity of pharmaceutical companies has become an increasingly touchy subject, but there’s a documented history of lies, corruption, and flat-out evil behind many of the world’s leading manufacturers.

Now that Bayer has exhausted its last legal recourse, it is our sincere hope that we can start to heal from the decades of damage done in the name of the almighty dollar.