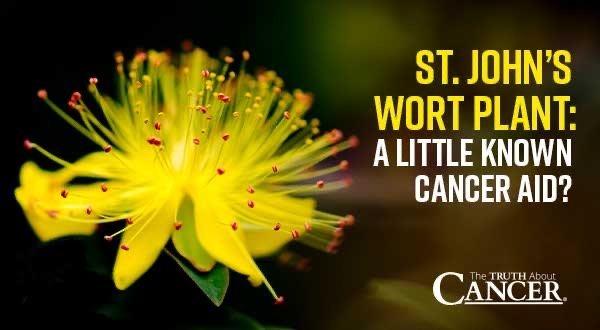 The yellow-flowering St. John’s Wort plant (SJW) is widely known as an herb that can help elevate mood and ease depression. What may not be known about this unassuming yet hardy plant (scientific name Hypericum perforatumis) is that its anti-inflammatory and detoxification capabilities may also provide assistance for those with cancer.

The scientific evidence regarding St. John’s Wort and depression couldn’t be more clear. But just in case this is the first time you are hearing about the healing capabilities of the St. John’s Wort plant, here are just two of the major studies that have been done on the subject:

If you are concerned about cancer or are dealing with a cancer diagnosis, research has found a direct link between depression and the development of cancer. A January 2017 study conducted at the University of London analyzed the data from 160,000 people and found that those who suffered from “psychological distress” had a 32% greater chance of cancer morbidity.

According to Dr. David Batty, one of the researchers: “The results show that compared with people in the least distressed group, death rates in the most distressed group were consistently higher for cancer of the bowel, prostate, pancreas, and esophagus and for leukemia.”

Even if you are not considering St. John’s Wort as part of a natural healing protocol (more about that in the next section), if cancer has gotten you down or if you have a history of depression and/or toxic anti-depressive drug use, switching to St. John’s Wort may be an option worth discussing with your healthcare provider.

What ancient peoples knew for thousands of years about Hypericum perforatum (SJWE), modern science is just now beginning to gather evidence about. What they are finding is that the same principles that make SJWE such a healer for neurological balancing can also provide relief for other systems in the body. SJWE is an anti-viral, anti-inflammatory and, most importantly, a major supporter of the body’s most important detoxification pathways.

Did you know that 80% of the energy created in the body goes towards supporting the detoxifying organs, especially the liver? The detoxification system − which includes the liver but also the kidneys, intestines, respiratory tract, skin, and lymph system —protects the body from potentially harmful toxins.

The detoxification process works through “pathways” throughout the body that involve these organs and also through key enzymes that are present within every organ of the body. The specific “messaging” for these enzymes begins at the genetic level. However, experts in the field of epigenetics note that the root cause for the vast majority of disease conditions are environmental factors that can affect genetic expression.

One of the major reasons why cancer rates continue to rise is not only because we are exposed to more toxins than ever before, but also because, in the process, our detoxification pathways are becoming overloaded. This allows harmful pathogens to run rampant.

The CYP detoxification pathway is one of the major avenues through which substances are broken down and detoxification occurs in the body. This pathway is made up of particular enzymes (also called P450 enzymes) that are found in pretty much all life forms.

In humans and other mammals, they are particularly found within liver cells and are responsible for breaking down proteins to make them more water soluble. CYP detox pathway enzymes also help with hormone synthesis, cholesterol synthesis, and vitamin D metabolism, amongst other things.

St. John’s Wort seems to provide support for the CYP detoxification pathway, in particular for an important detox enzyme called CYP3A4. It provides specific support for the liver and in helping us detoxify carcinogens.

Indeed, helping to maintain a healthy liver and other detoxification pathways is one way St. John’s Wort can be your ally for cancer prevention. But St. John’s Wort has also demonstrated its ability to inhibit cancer growth directly.

Can This Component in SJW Promote Cancer Cell Death?

One of St. John’s Wort’s main components is hyperforin, which has long been identified as the substance responsible for SJWE’s anti-depressant qualities. Recent research has shown that hyperforin can also promote cancer cell apoptosis (i.e. cancer cell death). The published report of a joint European study on leukemia stated that, “HF [hyperforin] inhibits the capacity of migration and invasion of different tumor cells, as well as exhibits antiangiogenic effects. Altogether, these properties qualify HF as a lead structure for the development of new therapeutic molecules in the treatment of various diseases, including some malignant tumors.”

A 2004 study published in the journal Cancer Research focused on St. John’s wort’s effectiveness on lung cancers in mice. After daily administration of St. John’s wort extract, they found that the mice had “remarkably reduced inflammatory infiltration” and that cancer metastasis rates had reduced by up to 48%, with no marked change in mouse behavior. Similar findings have occurred with prostate cancer studies as well. 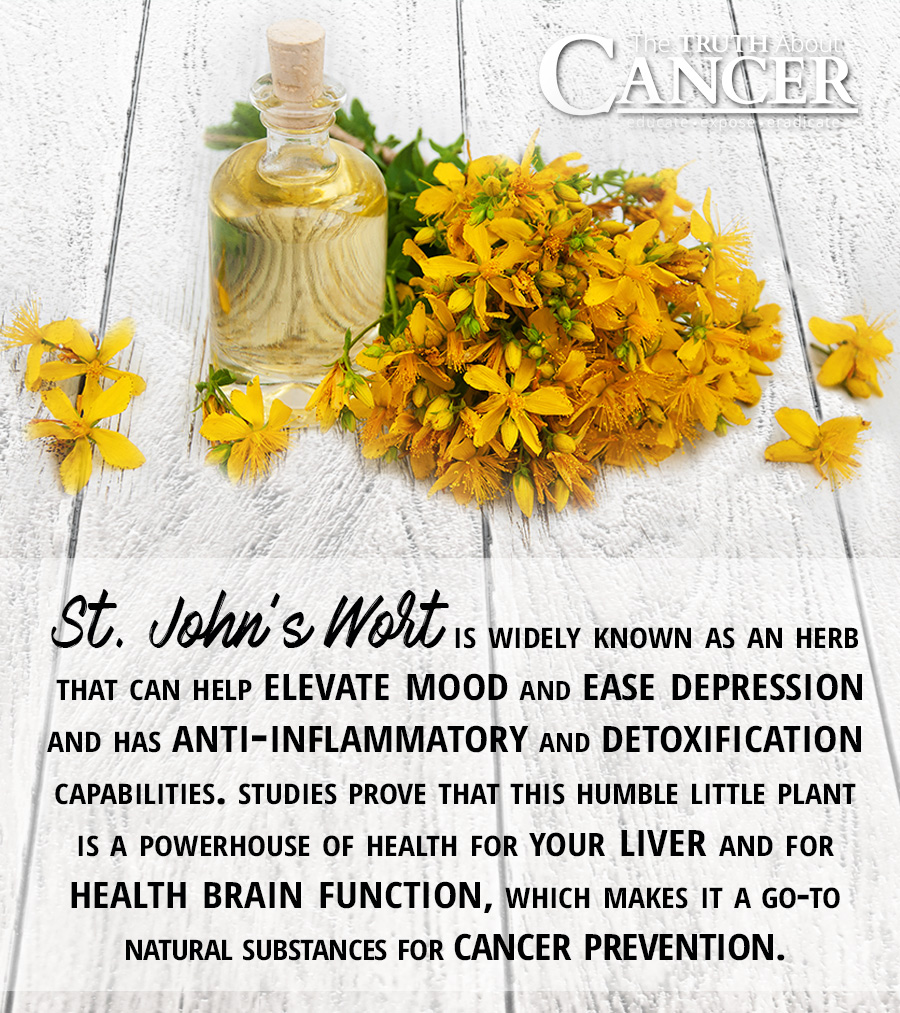 The debate continues as to whether St. John’s Wort helps or hinders conventional cancer therapies, especially the effectiveness of chemotherapy drugs. As stated before, St. John’s Wort enhances the effectiveness of several CYP detoxification enzymes. Besides 3A4, it has also had a proven effect on other detoxification pathways which are used by many prescription drugs (including many chemo drugs) for metabolism. According to By Donald Yance, MH, CN, RH (AHG), SFO, author of the book Herbal Medicine, Healing & Cancer:

“Most of the interaction research on SJWE and various drugs, including the chemotherapeutic drug CPT-11 (Irinotecan), have demonstrated that SJWE extract (600-900 mgs daily) can reduce blood levels between 20-40%.”

He goes on, however, to issue a cautionary note as to the validity of these studies:

“Most of the research on SJWE has either utilized 900 mg of SJWE, an amount that is not typical…or they are in vitro studies which are very difficult to interpret and apply to clinical practice.”

According to some, SJWE may actually help the effectiveness of chemotherapy drugs such as 5-fluorouracil, oxaliplatin, and raltitrexed. This is because SJWE has been found to improve tolerability, decrease side effects, and improve the response rates of these drugs.

So, say Yance and others, while St. John’s wort may decrease blood levels of pharmaceutical drugs, this does not necessarily mean that it reduces their effectiveness.  In fact, very recent studies have now begun to look at combining St. John’s wort with pharmaceuticals as well as radiation therapy for an integrative protocol to cancer.

Whatever opinions exist as to the relationship between St. John’s wort and pharmaceutical drugs, one thing is for sure: this humble little plant is a powerhouse of health for your liver and for health brain function, which makes it a go-to natural substances for cancer prevention. What’s more, an increasing body of evidence is pointing to its direct effectiveness against cancer on several fronts.

Editor’s Note: This article was initially published in May 2017 and was updated in June 2021.

←
Previous
Study links consumption of high-fructose corn syrup to intestinal tumor growth
→
Next
Are Microwaves Safe? (Must Read if You Use a Microwave Oven)