You are here: Home / Cancer Treatments / 10 Questions to Ask BEFORE Accepting Radiation Therapy for Cancer 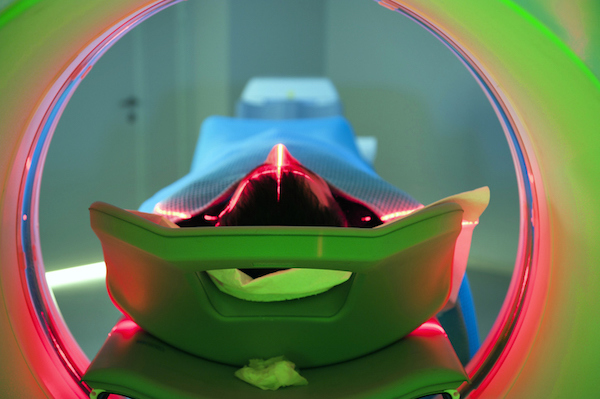 Radiologists know that DNA damage is one of the detrimental effects of ionizing radiation. When something like that rips through your DNA (or most anything), it is definitely going to do some damage.

But radiologists believe that these side effects are insignificant as compared to the benefits of radiation as a cancer treatment. They are wrong, the theory itself was wrong.

A recent study done at UCLA Jonsson Comprehensive Cancer Center found radiation actually induces (leads to) breast cancer cells to form more tumors. Plus, malignancy in radiation treated breast cells was likely to be 30 times more probable. Radiation actually promotes malignancy in cancer cells instead of killing them, and it allows cancers to grow back with even greater force.

The researchers reported that radiation treatment transforms cancer cells into treatment-resistant breast cancer stem cells (CSCs), even as it kills some of the cancerous cells within a tumor. While radiation appears to target cancer cells and can regress tumors, this is only in the short-term, before the tumors regrow with a vengeance. 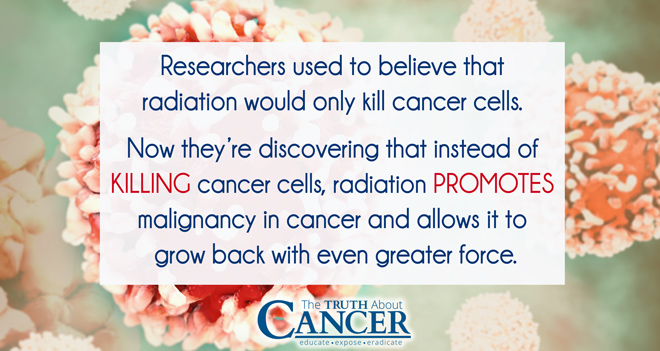 Other research has indicated that cancer stem cells are involved with treatment failure. In fact, awareness of CSCs goes way back to around 1910, though the term wasn’t used then. As with chemotherapy, numerous researchers have found that radiation does not kill all of the cancerous cells within the tumor. The cancer stem cells are left behind. Plus, the radiation actually turns normal cells into cancer stem cells. Thus creating cells that are resistant to treatment and which can go on to produce more tumors.

Radiation therapy can be useful for palliative care. For example, it is often used as a method to control pain or manage other quality of life symptoms. But the theory that radiation is curative has clearly been challenged.

Beyond the obvious questions, such as “does radiation therapy harm surrounding organs?” (yes, it does), or “will I suffer from fatigue?” (likely so), and “does it contribute to lymphedema?” (it does), there are important questions you need to ask your radiation oncologist before you accept treatment.

BEFORE you schedule any radiation therapy appointments to treat your cancer, here are some very important questions you need to ask your doctor. These questions are meant to empower you to take control of your health and have a clear understanding of the cancer treatment being offered. 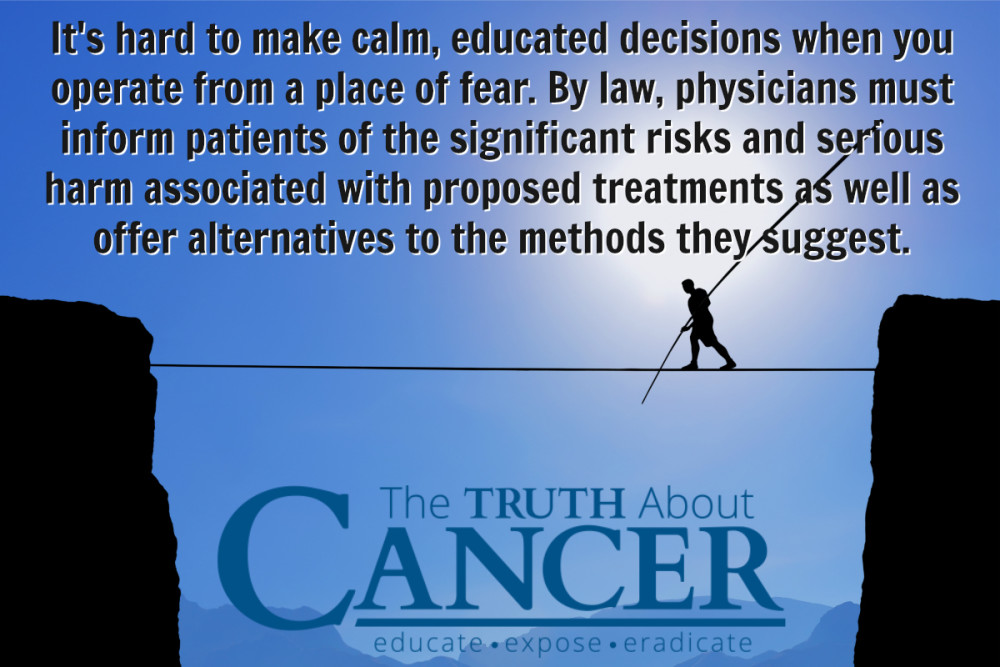 Many people are timid when it comes to questioning a doctor. Part of this is the unwillingness to put up with potential arrogance. However, more often it is because when we hear the words “you have cancer” we often begin to operate out of fear. We can become bullied into thinking we will die if we don’t follow the good doctor’s orders.

It is next to impossible to make clear, educated decisions when you operate out of fear. Know that by law, physicians must inform patients of the significant risks and serious harm associated with proposed treatments as well as alternatives to their suggested treatment.

It is much easier to heal yourself of cancer once you become an empowered patient. Find out what causes cancer, what caused YOUR cancer, what stage cancer you have, and what stops it from growing.

You may have heard the expression “there is no stupid question.” Never has there been a better time to ask questions. Your health and your life depends on it!

The thought of radiotherapy for cancer strikes fear in many people. Rightly so as research shows that instead of killing cancer cells, radiation can actually help the cancer grow and spread. So, what is a person to do? Thankfully there are many natural substances that target cancer cells and reduce the chances of recurrence and metastases without harming healthy cells, many of which we have discussed here at The Truth About Cancer. Vitamin C, Vitamin D, and Modified Citrus Pectin are just a few examples of cancer-thwarting agents.

Vitamin C has often been referred to as a ‘Trojan horse’ that sneaks into cancer cells and kills them, and has been used effectively for decades to target cancer. Clinicians have been using this at high doses as part of both conventional and holistic treatment plans to improve efficacy. Excitingly, new research shows that vitamin C also suppresses the growth and metastases of cancer by inhibiting cancer stem cells activated by chronic stress.

Cancer stem cells are not like ordinary cancer cells. They are the ones that enable cancer to travel and take up residence elsewhere in the body. That chronic stress promotes cancer has long been a theory, but recent research now reveals how it works. Chronic stress not only suppresses the immune system, but the resulting epinephrine has been found to promote breast cancer progression by energizing cancer stem cells.

Vitamin D is known as the ‘anticancer vitamin’ (even though it is actually a hormone). It triggers the immune system to kill cancer cells, switches on tumor-suppressor genes, and has an overall potent anti-cancer effect. Importantly, cancer cells don’t know how to die (the process known as apoptosis), and they actually protect themselves from death by making an anti-apoptotic protein called Bcl-2. Vitamin d has been found to lower the production of Bcl-2. Vitamin D also lowers the production of the COX-2 inflammation enzyme as well as the enzyme aromatase, which increases the production of estrogen.

Modified Citrus Pectin (MCP) induces cancer cell death (apoptosis) and inhibits circulating tumor cells from latching onto the lining of blood vessels walls and forming distant tumors. Specifically, studies show that MCP can help decrease the expression of the protein Galectin-3, which is involved in cancer cell proliferation and metastasis. Cancer uses Galectin-3 to shut down the immune system so it cannot detect and remove ominous cancer cells—a hallmark of cancer. Modified Citrus Pectin modulates immune and inflammatory responses linked to cancer and helps remove carcinogenic metals from the body.

Disclaimer: This information is not intended to be medical advice and should not be taken as medical advice. No one food or supplement has been found to be effective in the treatment or prevention of cancer. Always discuss all medical decisions with your doctor.

Please share this important information with friends and family. It could save someone’s life!

[Editor’s Note] This post was originally published in February 2016. It has been updated and republished in March 2019.