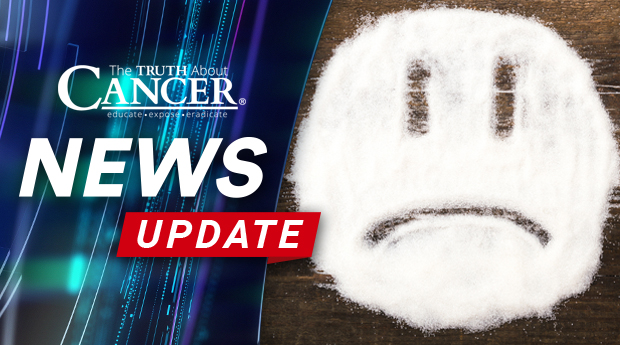 Cancer, above all other diseases, has countless secondary causes. But, even for cancer, there is only one prime cause. Summarized in a few words, the prime cause of cancer is the replacement of the respiration of oxygen in normal body cells by a fermentation of sugar.”

The focus of the new study, led by cancer researcher Arthur Dyer from the University of Oxford, was on manipulating that process to increase the effectiveness of cancer treatments. In particular, the research team evaluated the potential effects this metabolic manipulation could have on the efficacy of oncolytic viruses.

Oncolytic viruses are viruses that are meant to attack cancer cells while having no effect on healthy cells. These viruses, which are currently being evaluated in clinical trials, work by invading the cells and using the cell’s mechanisms to rapidly reproduce and destroy the tumor from the inside.

The researchers found that the viruses were much more effective at destroying cancer cells when there was less glucose present. They further found that reducing the cell’s ability to metabolize glucose boosted the cancer-fighting properties of the virus even more. Lead author Arthur Dyer explains:

Our research in the lab showed that restricting the amount of sugar available to cancer cells makes these cancer-attacking oncolytic viruses work even better. We already know that this virus is effective against cancer – and this sugar-starving technique is a way to make it even better.”

Wow! We’ve talked before about the power of ketosis to combat cancer. Ketosis is achieved by changing the way we eat to limit carbohydrates and reduce the amount of sugar in our blood. Once in a state of ketosis, our body begins to burn fat by breaking it down into molecules called ketones. Unfortunately, the researchers seem to be sending mixed messages.

Professor Len Seymour, a co-author of the study, warns that diet isn’t enough. “…cutting out sugar won’t cure cancer. Because cancer gobbles up glucose so quickly, the cells are very vulnerable to attack from a drug that targets the sugar pathway,” he says. “The same effect cannot be achieved by eliminating sugar from your diet.”

The way I see it, one of two things must be true. Either changing our diet to limit foods that fuel cancer isn’t effective, or there is too much money to be made by selling drugs that restrict sugar metabolism. You’ve heard me say again and again that cancer is big business. The drugs that target these metabolic pathways are already being developed and put through clinical trials.

And you know what? They might be effective in starving and destroying cancer cells. But they’ll also generate profit. And as we’ve seen countless times, the medical industry puts profits before patients. The truth is that there’s no money to be made by simply telling patients to change their diets. Suggest that sugar and cancer are connected, and you’ll be told that you’re wrong.

And yet the research happening right now is focused on cancer’s need for sugar!

The case for ketosis is compelling. Not only can reduced glucose render treatments more effective, it can also stop metastasis (the process by which cancer spreads to other parts of the body). A ketogenic diet can also help reduce inflammation, which is at the root of most chronic disease, and boosts the immune system, which is the body’s natural defense against illness.

←
Previous
An Introduction to Homeopathy and Cancer (PLUS 16 Protocols!)
→
Next
Water Fasting: The 3 Myths – Part 2 (video)