You are here: Home / Cancer Causes / The Health Supplement Ingredient That Could be Causing Cancer 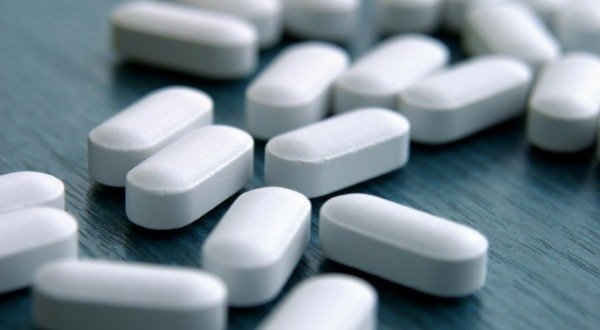 Walk into any pharmacy, grocery store, or health food store, and the choice of health products and supplements is overwhelming. How can the average consumer figure out what they should and should not get? One of the best ways is to read the ingredient list. Many supplements contain chemical-sounding names as additives and coloring agents. One has to question whether or not these are safe, and also question the motives of a company who is using these unsafe ingredients in its products. One major additive you should be watching out for is titanium dioxide, which may contribute to the development of cancer and other health issues.

Is This Popular Additive Lurking in Your Cupboard?

Titanium dioxide is a common additive in a number of food and cosmetic products. Although titanium dioxide is found in nature, the particle is a metal that is attracted to impurities. Manufacturers process titanium dioxide through a chemical process to remove impurities and create a white powder.1 Its industrial applications are a result of its whitening effects, lack of odor, good absorbency, and anti-caking properties.2

The most significant usage for titanium dioxide is as a pigment to color and thicken paints.1, 3 It is also found in sunscreen, supplements, and medications, particularly those that come in a white tablet form. Additionally it is used as a coloring agent in foods such as the white powder on donuts and other pastries.1, 4

Here are some of the foods that may have titanium dioxide. Be sure to check the ingredient lists of foods in both your pantry and fridge:4, 5

The FDA’s Stance on Titanium Dioxide

Many individuals question the regulations and standards that the United States Food and Drug Administration (FDA) sets up when it comes to pharmaceutical medications and food based ingredients. Titanium dioxide is another confusing one as the FDA categorizes it as both a “natural coloring agent,” and a “synthetically prepared” ingredient.4,6

Research supports the idea that microscopic sized particles such as titanium dioxide may be hazardous to human health. Despite this understanding, the FDA regulates titanium dioxide as a Generally Required as Safe (GRAS) substance. The FDA has established concentration guidelines but does not require the ingredients to be listed on labels.4

Titanium dioxide is used as nano-particle particulate, which means that it is super small in size. This plays an important role in product manufacturing but it can also be hazardous to human health. This super small size is useful for products such as sunscreen because the larger sized particles will remain visibly white and not blend into the skin barrier.4

If you are looking at your phone or computer, you may notice a cluster of dust particles. Each of these dust particles will range in size from 3,000 to 9,000 nanometers (nm). Titanium dioxide and other nanoparticles may be utilized in products at the size of 2-5 nm. At that size the particles can have serious health consequences if digested.7

Although nano-sized titanium dioxide may be in small concentration, their presence alone may pose a significant carcinogenic hazard to human health. Animal studies using nanoparticles have shown evidence of increased risk of developing cancer both in the lungs when the nano-particles were inhaled, and in the skin when it was applied topically.3,8

The scientific community has yet to do an in depth analysis of nano-particle technology and its effects on human health. Unfortunately, these particles are being used by most individuals in western society on a daily basis despite the lack of scientific analysis on their safety. 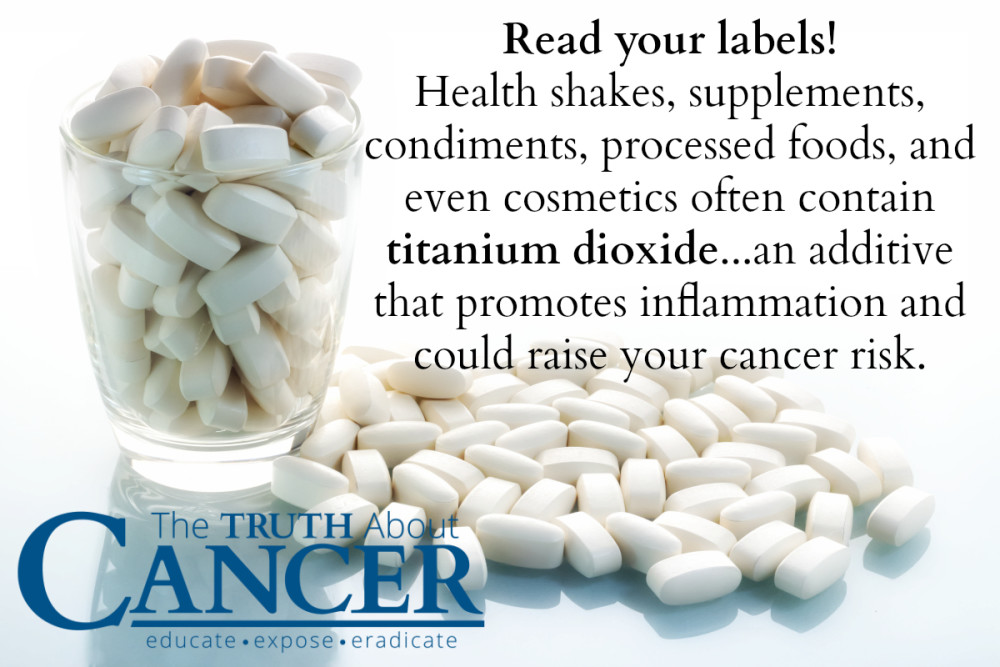 Titanium dioxide particles have been linked to increased oxidative stress.4 Oxidative stress is a condition characterized by free radical damage within the body that causes cellular instability and chronic inflammation. This state of high oxidative stress stimulates cellular and DNA damage and is a major player in the formation of cancer cells and other chronic disease states.

These nano-sized titanium dioxide particles are able to slip through the gut lining and into the blood stream. They are also able to escape the immune system’s natural defenses and are able to float around in the blood stream and interfere with key biological functions.

A growing body of evidence supports that 500 nm sized titanium dioxide particles (at least 5 times larger than the size of nano-particles also found in food) can be absorbed through the gastrointestinal tract and stored in organs such as the liver and spleen. Smaller particles (ranging from 80 nm to 155 nm) had detectable damage to not only neighboring organs of the digestive tract, but also to the brain.4

The presence of a protein known as PAD (peptidylarginine deiminase) appears to be induced when in the presence of titanium dioxide particles. PAD is present in cellular conditions exhibiting increased oxidative stress and inflammation.9

Where Do You Go From Here?

Titanium dioxide is a widely used additive in food, cosmetics, medication, and supplement products that are commonly used in the western world. Based on the scientific literature and lack of proper safety analysis, you should take caution when seeing this compound listed on a product.

As always, it is important to read ingredient lists even in so called health foods, supplements and drugs to ensure your products don’t contain this potential cancer causing additive.

Manufacturers do respond to public pressure. Earlier this year the giant food chain Dunkin’ Donuts announced that it was eliminating nano-titanium dioxide from its powdered sugar donuts. This shows that some manufacturers are aware of titanium dioxide dangers and are willing to eliminate this ingredient when pushed to do so.

Please help bring more awareness about titanium dioxide as a common cancer causing additive by sharing this article with your friends and family below. And if you want to be notified when other great articles are added click here.

←
Previous
Why Having Good Medical Insurance Can Be Dangerous to Your Health (video)
→
Next
Sitting is the New Smoking Says the Media, But What Did They Leave Out?