You are here: Home / Videos / The Danger of a Weak Immune System (video)

Video Transcript: The Danger of a Weak Immune System

Dr. Ben Johnson: By the way, what I do is concierge cancer. I only take on a few patients. I go to their homes and take care of them there. But the first thing I do when I get a new patient is⎯one of the things that I do is, I begin to un-impede their immune system.

One of the many fallacies of standard cancer care is they just want to kill cancer cells. Well, that’s nice. But why did you get cancer?

Ty Bollinger: Yeah, what was the cause?

Dr. Ben Johnson: They [doctors] never ask that question. I tell my patients; I encourage them to continue to see their oncologist to give them feedback. So that as they get well, they will have a witness born to them that other things work, whereas they [oncologist] know good and well that what they’re doing is not working. But I say “two things that you’ll be amazed at…”

They [doctor] will never ask “what caused this?” and deal with that or try to deal with it in any way. It’s just “let’s kill cancer cells.” And then number two, as you get well, they will never ask you “what did you do?” Because they don’t want that knowledge because then they’re responsible.

So that’s two things that the doctors will never ask the patient who is getting well from taking herbals and nutritionals or alternative medical treatment.

Let’s take AIDS patients for a second. They don’t die from the AIDS virus. They die because their immune system is no longer able to work. And let’s say you have a bacterial infection. We do not have an antibiotic that is good enough to kill 100% of the bacteria; any bacteria.

This is one of the many fallacies that we have about medicine and in our worship of medicine. We think, “Oh, antibiotic, it’s gonna kill all these.” No. It might kill 50% of the bacteria or maybe even 60 or 70% if it’s a great antibiotic.

But at the end of the day, your immune system has to step up and finish off that other 30 or 40% or you won’t live. That’s why AIDS patients die. Because we don’t have an antibiotic good enough to kill any bacteria.

Ty Bollinger: And so without that immune system functioning, you’re a goner.

Dr. Ben Johnson: Yeah, and standard medicine doesn’t even think of it. Doesn’t even address it. Your immune system… What? 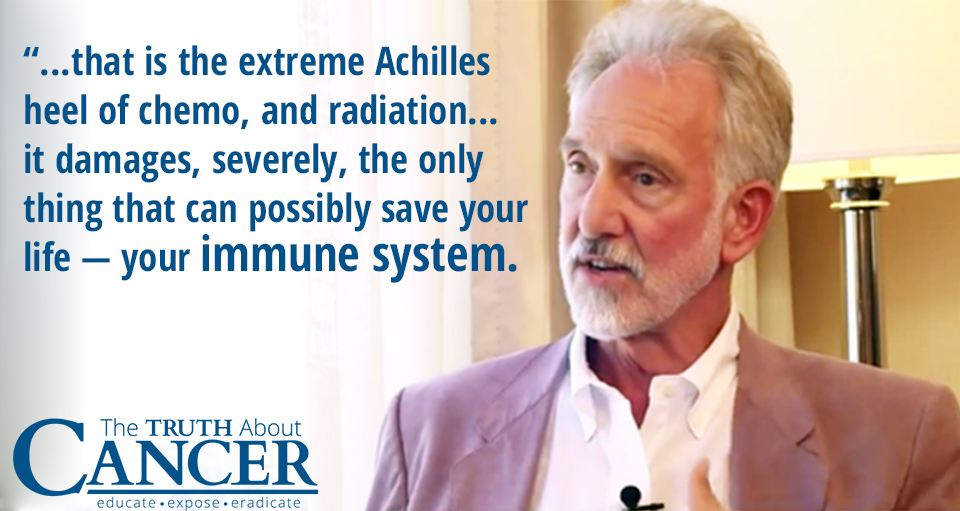 Dr. Ben Johnson: Why does that have anything to do with it?

Dr. Ben Johnson: That’s why you got cancer.

Ty Bollinger: And that’s why when they prescribe chemo or radiation, it’s so absurd because they both devastate the immune system.

Dr. Ben Johnson: Well, and that is the extreme Achilles heel of chemo and radiation… it damages, severely, the only thing that can possibly save your life − your immune system.

←
Previous
Why all the Hype about the Ketogenic Diet for Cancer?
→
Next
10 Tips for Preventing Cancer in Young Adults