You are here: Home / Cancer Prevention / What is an Elimination Diet (& 7 Health Conditions That Benefit) 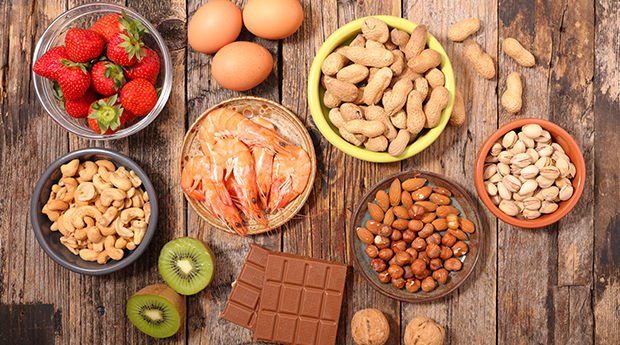 What is the elimination diet and why do you need to know about it? An elimination diet is an effective way to improve your overall health and quality of life. With growing interest and research on the gut microbiome, we are learning that the foods we eat have an enormous impact on our health.

Some foods, even healthy ones, can cause inflammation and other adverse reactions in the body. An elimination diet plan involves removing the foods that may be causing inflammation or other symptoms. Once these foods are removed, the body has a chance to heal.

What Is an Elimination Diet?

An elimination diet is an eating plan that eliminates certain foods from your diet for a period of time (usually three to four weeks). These are foods that may be contributing to inflammation and other reactions. Common foods removed during an elimination diet are:

7 Health Conditions that May Benefit from an Elimination Diet

An autoimmune disease develops when your immune system attacks healthy cells. It is an immune response caused by systemic inflammation.

In a 2010 study, an elimination diet was used on a woman with the autoimmune disease Sjogren’s syndrome. The woman had premature ovarian failure and her menses had ceased 3 years prior. Researchers eliminated gluten, beef, eggs, dairy products, nightshade vegetables, refined sugars, and citrus fruits from the woman’s diet. After only 4 months on the elimination diet, the woman’s premature ovarian failure was reversed and her menses returned to normal.

Another study of a woman with ulcerative colitis showed dramatic results from an elimination diet. The woman had suffered with this autoimmune condition for over 30 years. Her symptoms were diarrhea, abdominal pain, thinness, anemia, and leukopenia.

After one year of treatment, including a diet eliminating gluten, dairy, and eggs, the woman’s symptoms improved. Her bowel movement frequency was normal, her body weight increased, she was no longer anemic, and there were no longer antibodies present in her colon tissue.

A 1997 study found that 30-40% of individuals with rheumatoid arthritis saw significant improvements within only 10-21 days of beginning an elimination diet. The study also showed that benefits were maintained if the offending foods were avoided and were rapidly lost when a normal diet was resumed.

Several studies have found that gluten is a contributing factor with autoimmune diseases, including autoimmune thyroid disease.  Elimination diets, in which the triggering foods are removed, can significantly improve autoimmune conditions.

Leaky gut can lead to numerous gastrointestinal and health issues. Studies confirm that leaky gut is a factor in an array of intestinal and systemic conditions. Symptoms of a leaky gut include abdominal bloating, excessive gas and cramps, fatigue, food sensitivities, and others. An elimination diet can improve the uncontrolled or excessive inflammation that is causing leaky gut.

IBS is a disorder that affects the large intestine. Symptoms of IBS include cramping, abdominal pain, bloating, gas, diarrhea, and constipation. The study demonstrated that identifying and addressing food sensitivity in IBS patients results in sustained clinical response and impacts overall well-being and quality of life.

One of the top benefits of the elimination diet is starting the gut-healing process. By removing foods that are damaging and causing inflammation in the gut, gastrointestinal symptoms will improve.

Food intolerances (or food sensitivities) occur when people have difficulty digesting certain foods. Food intolerances are very common and can affect people in many ways. A helpful, cost-effective way to determine whether a person has food allergies or intolerances is an elimination diet.

In a 2014 study, researchers studied 52 patients with eosinophilic esophagitis (EoE).  Eosinophilic esophagitis is a disorder of the esophagus that is triggered by foods and airborne allergies. The patients were put on an elimination diet in which four or six foods (including wheat, dairy products, eggs, and legumes) were removed for six months. Remission was found in 72% of patients.

An elimination diet can reveal food allergies and food intolerances that are contributing to your health issues. By removing the offending foods, health conditions can improve and even resolve!

Attention-deficit/hyperactivity disorder (ADHD) is a brain disorder that manifests as an ongoing pattern of inattention and/or hyperactivity-impulsivity that interferes with functioning or development. ADHD is one of the most common mental disorders affecting children. ADHD also affects adults.

Specific causes of ADHD have not been identified. However, in a 2011 study, the “Western” diet was linked to ADHD. In this study of 1,799 adolescents, researchers identified two major dietary patterns: “Western” (high in refined sugars and unhealthy fats) and “Healthy” (containing fiber, folate, and omega-3 fatty acids). ADHD was associated with the “Western” diet and not associated with the “Healthy” diet.

Many diets have been used in the treatment of children with (ADHD). Diets to reduce symptoms associated with ADHD include sugar-restricted, additive/preservative free, elimination, and fatty acid supplementation.

Food intolerances or sensitivities can trigger migraine headaches. An elimination diet has been shown to reduce and even cure patients who suffer from migraines.

In a 2013 study, twenty-one patients diagnosed with migraine and IBS were put on an elimination diet. The study concluded that food elimination based on IgG antibodies reduced symptoms of migraine patients.

Another study of 60 migraine patients found wheat as a primary trigger for migraines. The patients completed elimination diets after a 5-day withdrawal from their normal diet.

When an average of ten common foods were avoided, there was a dramatic fall in the number of headaches per month. Incredibly, 85% of patients were headache free! In addition to wheat, several other foods including citrus fruit, eggs, tea, and milk also caused reactions in the patients. It is clear from these studies that an elimination diet may provide relief from migraine headaches.

There is a strong link between skin irritations and food intolerances. In one study, eliminating gluten resulted in significant clinical improvement in patients with psoriasis. Psoriasis is a disease that causes raised, red, scaly patches to appear on the skin. After only three months of a gluten-free diet, patients with psoriasis had “highly significant clinical improvement.” Another study showed that psoriasis patients had substantial skin improvement after reducing gluten and nightshades.

In a study of fifteen adults with eczema, 14 of the 15 individuals saw significant improvement in their skin condition when using an elimination diet. The elimination diet excluded nuts, eggs, milk, tomatoes, and cereals. With this diet, symptoms completely disappeared.

Another large study including over 13,000 adolescents linked acne to gastrointestinal symptoms such as halitosis, constipation, abdominal bloating, and acid reflux. Abdominal bloating, which is a common symptom of a food intolerance, was 37% more likely with acne and other skin related disorders such as eczema and rosacea. This shows the strong link between skin conditions and unknown food intolerances. A food elimination diet can help identify these intolerances.