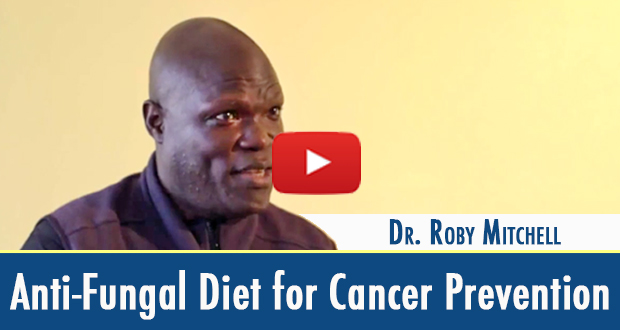 Ty Bollinger: You’ve talked about the importance of the environment for cancer cells to be able to revert back into normal cells. So what is an optimal diet that you could recommend people eat? To make that environment in the body so that it would NOT be a good host for cancer cells; so that it would be a good host for normal cells, and it would keep cancer at bay? What would be a general diet that you could recommend that would keep the immune system strong and prevent cancer?

Dr. Roby Mitchell: When I started working with Dr. Wright, one of the things that I have been involved with was treating people for the fungal overgrowth that happens in our body. One of the things that I realized years before that was that the common denominator of any of these natural herbal plant / exotic fruit / super food remedies that work, the common denominator with them was that they had some powerful anti-fungal in them. That’s what garlic, that’s what aspirin, that’s with these polyphenolic compounds in the skin of red grapes, the resveratrol.

I went into the lab and I started investigating, well, which foods are the highest in these. Or not necessarily which foods are the highest, but which foods had the most impact on controlling candida overgrowth. And so I set up Petri dishes right there in the lab. And we innoculated them with candida. And then we just went about inoculating them then with extracts from different fruits and vegetables and so forth to see which ones made the biggest, what we call, “zone of exclusion” in the Petri dish.

We had the Petri control down here with a medication called Diflucan that we know kills yeast. And so we knew that it was going to leave a big clear space in there, where it didn’t allow yeast to grow. And then down here we have just water, right. And so that plate just grew white with yeast overgrowth because there was nothing to inhibit it. And then all these other plates I was able to see which ones worked better or worse at keeping yeast under control.

So with that, that was the springboard for what is now called the BALI eating plan. B-A-L-I; that’s an acronym for basic antioxidant / anti-fungal, and then low insulin.

Regardless of the name that you call it, whether it’s the Gerson therapy, or the Paleo diet, or Mediterranean diet or whatever, what is going to work as far as keeping cells out of an environment that incents them to pleomorph [change their shape or size] into cancer cells is one that keeps the yeast under control.

It keeps you from developing fungal overgrowth, because when that fungus gets up to a certain level then your immune system is going to respond with the “weapons of mass destruction” and it’s going to create a toxic environment and your cells are going to cough and choke and they’re going to start changing into a cellular form that will allow them to survive that toxic environment. 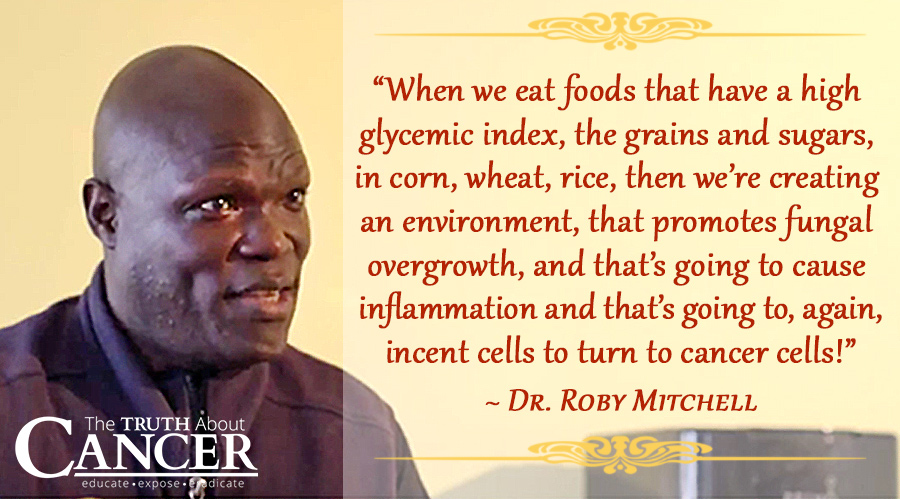 So again, regardless of what you’d call it, the food that you eat has to be food that keeps fungal growth under control and doesn’t throw gasoline on the fire. When we eat foods that have what we call a high glycemic index… so the grains and sugars, right, in corn, wheat, rice, those things, then we’re creating an environment that promotes fungal overgrowth and that’s going to cause inflammation, and that’s going to, again, incent cells to turn to cancer cells.

We have just seen that more and more as our diets have gotten more and more refined. That was over here—it started over here in the Western world. Now we see it as we have outsourced all of our computer jobs and manufacturing jobs over to these third worlds, and they get money in their pocket and then we send Coke and McDonald’s over there.

Ty: Very, very good explanation of the relationship between fungus and cancer. 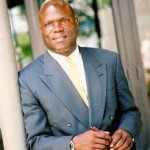 Roby Mitchell, MD, aka “Dr. Fitt,” practices integrative/functional medicine in Amarillo, TX. He graduated with honors from Texas Tech University School of Medicine, Lubbock. While at Texas Tech, Dr. Mitchell participated in an exchange program with Jinan University Medical School in China. His exposure to traditional Chinese medicine opened his mind to modes of healing outside the narrow options of conventional Western medicine.Dr. Mitchell’s own personal struggle with hypertension, overweight, insulin resistance and arthritis led him to revisit the philosophies of biochemical rebalancing with diet and supplements. His success in restoring his own health reshaped his practice approach, which is now focused on reversing “toximation”—the inter-connected processes of endocrine dysregulation, oxidative stress, and chronic systemic inflammation—through nutritional change, exercise, and hormone rebalancing.