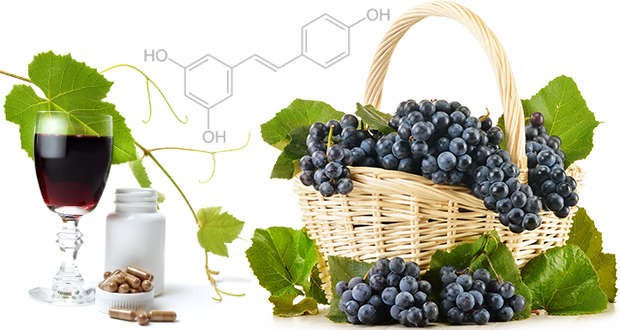 Resveratrol is a powerful nutrient most known for its presence in grape skins. This micronutrient provides the human body with tools to prevent degenerative diseases and metabolic conditions − including cancer. The health benefits gained from resveratrol supplementation continue to amaze researchers as they seek to understand the critical role it plays, primarily in mitochondrial performance as well as genetic influences.

Researchers have been intrigued for years about what has been traditionally called the French paradox. This refers to the idea that the French seem to be able to eat cheese, smoke cigarettes, and drink lots of alcohol − and still maintain good health. Researchers have spotlighted the dark, fermented wines these individuals drink on a regular basis.

This caused researchers to dig deeper into understanding the fermented wines the French consume. What they found is that the active compound in red wine, resveratrol, has extraordinary health benefits.

Resveratrol is a powerful antioxidant classified as a polyphenol, and is the primary active compound associated with anti-aging. Polyphenols are a type of micronutrient known to help prevent illnesses such as cardiovascular disease and cancers such as colorectal cancer. The compound, also found in a variety of seeds and berries, is synthesized in plants to help protect against physical harm, infection, and disease. Interestingly, it helps to protect us as well!

Some of these benefits are comparable to caloric restriction, which is known to increase life span. But most people will avoid caloric restriction from such strategies as fasting if they are provided with an alternative way to achieve the same effects. Similar to the protective effects of calorie restriction, resveratrol is thought to offer the anti-aging protection of mitochondria. The anti-aging benefits of resveratrol can be obtained through diet and supplements.

Resveratrol is able to put a temporary hold on the cell cycle by pausing at a stage which allows for DNA repair. As a consequence, a greater number of damaged genes are fixed and fewer mistakes continue to replicate in our cells.

Research from 2003 at Harvard University provided support that cells live longer with resveratrol. The study showed that yeast cells increased in longevity by as much as 70%. Further testing on roundworms and fruit flies yielded similar results. This made resveratrol the first compound to have anti-aging benefits amongst different species. An Italian scientist later researched the effect of resveratrol supplementation on fish in 2006 and found an increased longevity by more than 50%.

Mitochondria are known as cellular “powerhouses” because they generate the power needed to fuel every day metabolic functions within our cells and our entire body. The ability of resveratrol to reduce inflammatory stress on mitochondria has a huge impact on whole-body health. Healthy mitochondria are significantly more efficient and produce fewer free radicals than older mitochondria.

Resveratrol has been shown to activate a group of mitochondrial proteins in the sirtuin family, and in particular (SIRT1). Several studies have shown that this sirtuin activation results in an increased level of mitochondria in the body. This plays a big role in energy production, fat and sugar metabolism, and blood sugar stability.  With improved blood sugar the body is better able to regulate insulin and other hormones which reduces inflammation and improves fat burning.

However, chronic inflammatory stress increases iNOS signaling and counteracts the activity of eNOS and nNOS signaling. This improper cycle pattern can lead to hypertension, cardiovascular concerns, and neurodegenerative diseases.

Resveratrol impacts this system by inhibiting damage caused by stress, and promotes a normal and healthy nitric oxide cycle. Resveratrol results in improved endothelial performance and blood flow. Resveratrol is linked to the anti-inflammatory benefits associated with reduced risk of heart disease and neurodegenerative diseases such as Alzheimer’s and Parkinson’s disease.

Resveratrol acts on NF-KB by inhibiting its activity as well as allowing for the normal processes of the immune system to trigger cell cell death (apoptosis). The effects of resveratrol to promote apoptosis in cancer cells is so effective that researchers are analyzing the role it may play as a chemotherapeutic agent.

Another cell signaling pathway has been implicated in activating cancer growth in the breasts. Abnormal HRB-beta 1 (Heregulin-Beta1) can activate the matrix metalloproteinase (MMP) 9 enzyme and trigger invasive tumor growth.

Resveratrol has been shown to stop this pathway and prevent breast cancer. Evidence from other studies provides support that it may also be linked to the prevention of cancerous pathways in pancreas, skin, liver, colon, prostate, and many other cancer types. 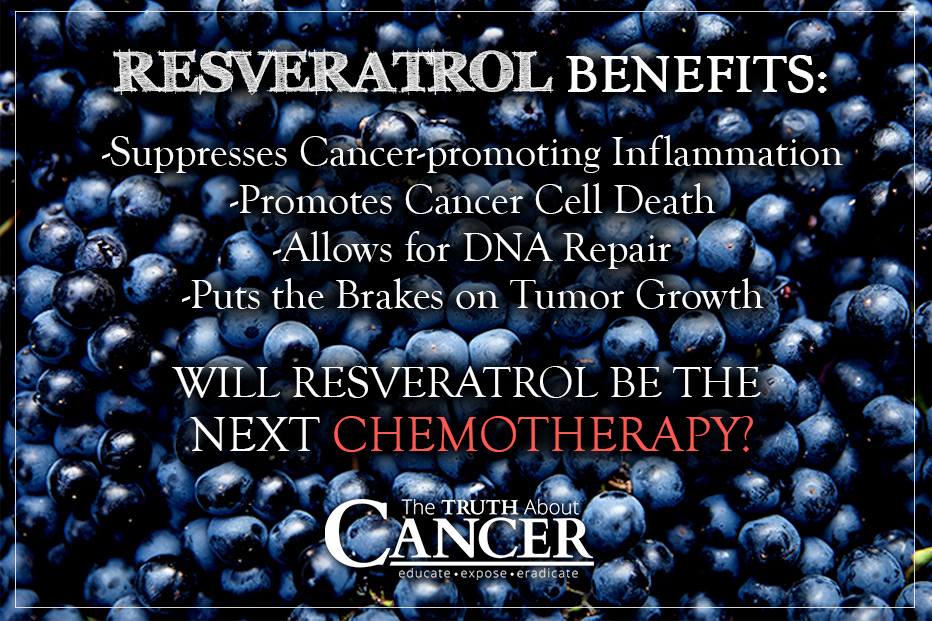 Many people think they can get enough resveratrol from drinking wine or eating grapes. Although these do have small amounts, it is not even close to the amount needed to achieve the clinically studied levels.

It would take 41 glasses of red wine in order to get up to the 20 mg minimum dosages that is clinically effective. That is obviously not feasible or healthy!

←
Previous
Will a Tax on Sugary Drinks Lead to Better Choices?
→
Next
A Better Model for How to Treat Cancer (video)