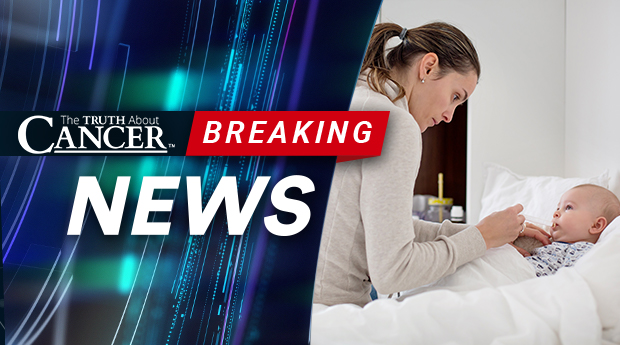 New findings suggest that early exposure to antibiotics may lead to an increased risk of childhood obesity. A recent article published in Gut (published by the BMJ Group) found that the administration of antibiotics and acid suppressants within the first two years of life was associated with obesity. The association is strong, and each round of medicine prescribed increased the risk of obesity.

According to Dr. Cade Nylund, one of the authors of the study, the increased risk of obesity may likely be a result of alterations to the microbiome. That is to say that the changes made to the bacteria in the gut can have significant impact on a child’s obesity risk. And the gut’s impact on our bodies goes far beyond weight gain and obesity. As I’ve talked about before, an unhealthy gut can lead to poor nutrient absorption, autoimmune disease, depression, and even cancer.

Following well over 300,000 children, the study was the largest of its kind. Infants who were prescribed antibiotics had a 26% higher risk of obesity by age 3, and while antibiotics are considered the standard for treating infection, the damage to our bodies can be significant.

A 2016 study published in the Journal of the American Medical Association (JAMA) found that at least 30% of antibiotic prescriptions in the United States are unnecessary, and while antibiotics have been shown to be effective against some infections, overuse can quickly lead to lead to resistant bacteria. Bacterium that survives a course of antibiotics passes on its resistant properties as it replicates, resulting in resistant, more dangerous infections.

Nevertheless, antibiotics are the most commonly prescribed medicine for infants. With immature immune systems that are still developing, these children are susceptible to irrevocable damage. And nearly 44% of antibiotic prescriptions are used to treat patients with respiratory issues like sinus or ear infections, allergies, or even the common cold. About half of these prescriptions are unnecessary. Antibiotics do nothing to combat viral infections, which include most coughs, colds, and upper respiratory illnesses.

Healthy gut bacteria have such an impact on the immune system that they can actually help inhibit the development of cancer or even be used in treatment. And yet, 47 million excess prescriptions are leaving Americans – and especially children – with an altered gut microbiota that presents a plethora of health concerns.

A study of patients in the United Kingdom found that those who had taken antibiotics were around 10% more likely to develop colorectal cancer. Another study showed that any amount of antibiotic use may increase the risk of breast cancer in women. The International Journal of Cancer published a study that demonstrated a link between antibiotic use and breast, lung, prostate, and colon cancer.

While the cancer industry is reticent about the connection between antibiotics and cancer, the evidence exists to justify caution when it comes to antibiotic use. We need to be careful about the medicines we take and the long-term effects they can have on our bodies. Especially for our children. Strengthening the immune system and utilizing natural remedies can help repair the damage caused by these drugs.

Garlic can be especially useful in combating resistant strains of bacteria and may even be used to help with a common cold. With powerful antibacterial properties, garlic is a great natural alternative that works without disturbing the natural flora of the gut. What we eat can have an incredible effect on our gut health and may likely help address issues that are currently being over-medicated with harmful antibiotics.

Whether battling childhood obesity or cancer, what we put into our bodies matters. You can protect yourself and your family by arming yourself with the truth, and by making healthy choices each day.

←
Previous
Natural Skin Care: 5 Ingredients for Sensitive, Aging Skin
→
Next
Juicing to Fight Cancer: The Best Way to Get All the Right Nutrients – Part 3 (video)