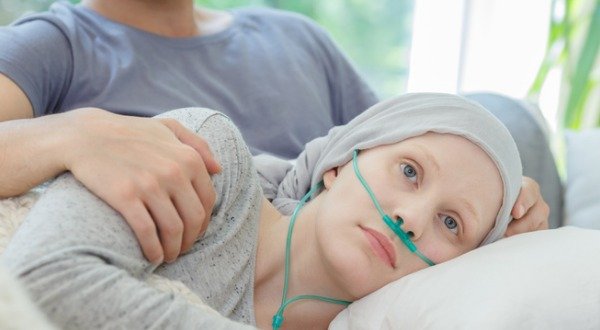 A new study gives hope (and ammunition) to women diagnosed with breast cancer and who are trying to avoid chemotherapy.

Researchers presented their findings of an almost decade-long study at the American Society of Clinical Oncology conference in Chicago in early June 2018. The groundbreaking study is the largest breast cancer treatment trial ever done, and the research will be published in The New England Journal of Medicine.

The study found that treatment with chemotherapy and hormone therapy after surgery is not more beneficial than treatment with hormone therapy alone for many breast cancer patients. This includes women with hormone receptor (HR)-positive, HER2-negative, axillary lymph node–negative breast cancer (meaning the cancer has not spread to the lymph nodes).

During the study, over ten thousand patients were given a test called Oncotype DX. Oncotype DX uses a biopsy sample to measure the activity of genes involved in cell growth and response to hormone therapy. This is used to predict how likely cancer is to return.

As reported in USA Today, half of the 67% of women in the study showing an intermediate risk of recurrence using the Oncotype test had surgery and hormone therapy, and half of them also received chemo. After nine years, 94% of both groups were still alive and about 84% were alive without signs of cancer – indicating the chemo made no difference in the patient’s outcome.

Study leader Joseph Sparano claims the impact of this study is tremendous because healthcare practitioners can now rule out chemotherapy after most patients have already gone through surgery and hormone therapy. This will make chemotherapy just a hazardous extra step that most women can avoid and patients can now think about their best options before jumping to chemotherapy.

It’s reported these findings could now potentially save an estimated 70,000 patients diagnosed with breast cancer the agony of debating chemotherapy altogether.

The known risks of chemotherapy during breast cancer treatment are not new, and healthcare professionals have already begun limiting exposure to their patients who may not need chemotherapy.

Steven Katz, a University of Michigan researcher was quoted in USA Today as saying, “Oncologists have been getting much smarter about dialing back treatment so that it doesn’t do more harm than good. That’s important because chemo is toxic; it whacks patients out and can result in long-term job loss.”

If you are a breast cancer patient working with a conventional doctor, be sure they’re aware of this new research when discussing your options. Better yet, discover the best ways to prevent breast cancer from developing before it ever gains a foothold.