You are here: Home / Cancer Treatments / Cancer Immunotherapy and Other Targeted Cancer Therapies 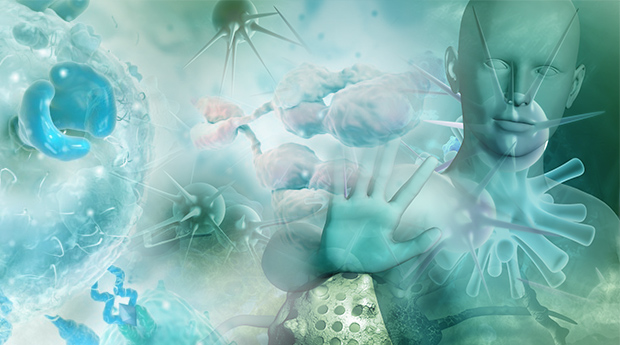 Cancer immunotherapy includes a range of treatments that use your own immune system to fight this often deadly disease. Proponents of these methods of treating cancer have been muted for decades, their research summarily dismissed as “new age” medicine.

As it turns out, your body wants to fight cancer as badly as it fights stomach flu or infection. It simply has a blind spot when it comes to cancerous cells.

Immunotherapy is the act of targeting the immune system rather than the tumor – and the results to date are fairly astounding.

Named as Science Magazine’s Breakthrough of the Year in 2013, columnist Jennifer Couzin-Frankel wrote, “Immunotherapy marks an entirely different way of treating cancer – by targeting the immune system, not the tumor itself. Oncologists, a grounded-in-reality bunch, say a corner has been turned and we won’t be going back.”

By ramping up your own natural defense system to fight for you, you increase your chances of beating cancer if you are diagnosed. 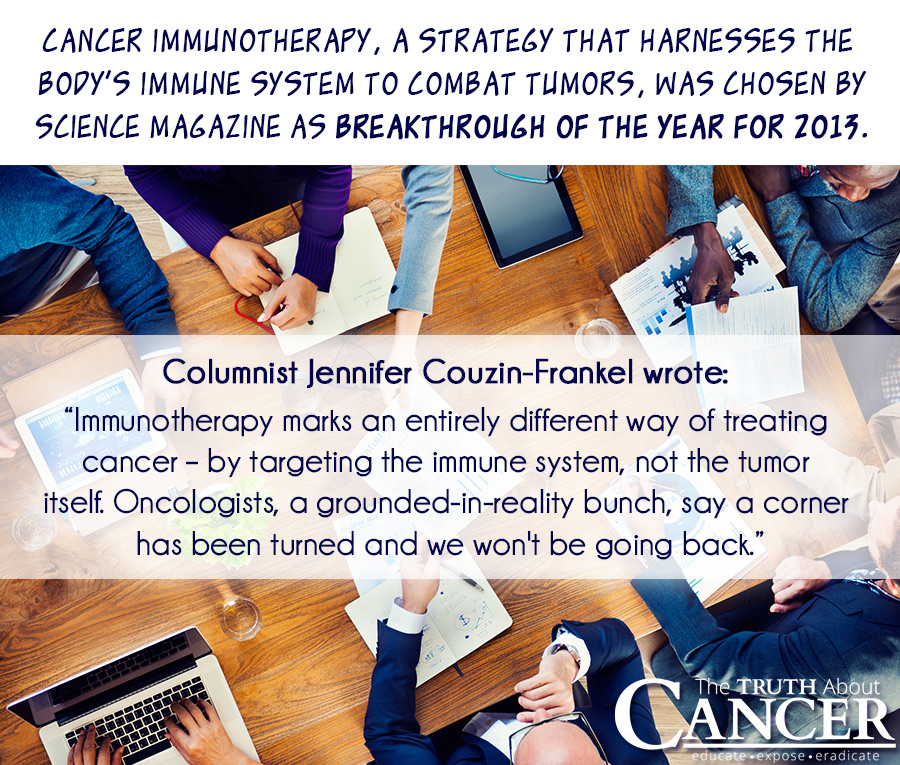 This type of immunotherapy provides your immune system with natural (made in your body) or synthetic (created in a lab) substances and proteins to boost your ability to fight disease.

Compounds created from living or lab-created organisms are used as a sort of cancer vaccine containing cancer-based antigens that boost immunity against all destructive cells in your body. They have shown promise against cancer cells but are not specifically targeting those cells.

Using DNA material, scientists have also been able to create targeted cancer antibodies that inhibit the growth of cancer cells.

Different from chemotherapy – which kills healthy cells along with cancer cells – targeted therapies work on the cellular level with specific identifiers based on your genes and the proteins present in your cancer. Removing the blind spot, targeted therapies are a more precise treatment that has shown incredible results in stopping the growth and survival of cancer cells.

Targeted cancer therapies are rapidly becoming part of traditional medicine’s arsenal against cancer. Here are some of the most common according to the National Cancer Institute:

Some targeted treatments are already in use in the fight against cancer. Others are still in human trials to determine safety and efficacy. Some of the above are being used as complementary methods of treatment in conjunction with chemotherapy as they are not effective as stand-alone treatments.

Cancer immunotherapy is showing great promise. However, there are some major drawbacks to them as well as other targeted therapies. One is that cancer cells can become resistant to them. Hence, often times two or more therapies are used simultaneously or concurrently to improve efficacy.

Unfortunately that leads to drawback number two. When combined, a patient will then suffer additional quality of life and quantity-of-life side effects.

Immunotherapies, like other targeted and conventional therapies, come with a host of side effects. The most common side effect is diarrhea and liver problems. There is also the risk that the response can be excessive, triggering something similar to an autoimmune disorder.

Patients have also reported significant  inflammatory responses such as pneumontitis (cough and difficulty breathing) and colitis. Others have developed pancreatitis, rashes, and endocrine, adrenal and thyroid issues. Not to mention other unpleasant conditions. Interestingly, these conditions are then treated with immune suppressing drugs… go figure.

Because immunotherapies use your built-in immune system functions for better results in recognizing, targeting, and destroying cancer cells, they are something that deserves some attention and further study. In the meantime, you will find less toxic cancer fighting and prevention options here on the The Truth About Cancer website.