You are here: Home / Cancer Prevention / How to Stop Colorectal Cancer From Happening to You 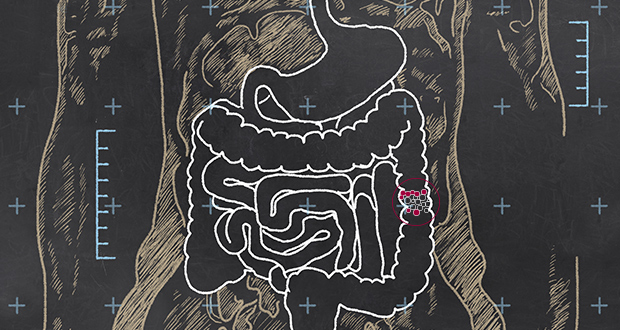 You may be concerned about the “big names” of cancer − breast cancer, prostate cancer, lung cancer. But another type is quickly making its way up the list of most common forms of cancer. According to a 2012 Center for Disease Control study, colorectal cancer is the second leading cause of cancer-related death in the U.S for both men and women.

Who’s Most at Risk for Colorectal Cancer?

In 2012, there were approximately 135,000 people in the United States who were diagnosed with colorectal cancer. Just under 52,000 individuals died from the disease, with slightly more men succumbing than women.

According to a University of Texas MD Anderson Cancer Center study published in the 2015 edition of the JAMA Surgery journal, the number of 20 and 30-year-olds who will be diagnosed with colon cancer is set to increase by 90% by 2030. The number of rectal cancer cases could increase by a whopping 124%. For people 35-49, the incidence rates may increase 28% to 46% respectively.

The researchers point to rising obesity rates among young people as the major factor for their projections.

The Dangers of a Toxic Gut

While there is some evidence that genetic predisposition and family history play a part − as the dire predictions regarding young people point to − it is really bad lifestyle choices that cause the most threat. Many people eat a Standard American Diet (SAD) high in fats, sugars, and processed foods and do not have a regular protocol for keeping the colon clear of toxic build-up. Unfortunately, the result will be an internal environment that is ripe for cancer.

V.E. Irons spent years researching the link between toxins in the colon and disease. As part of his research, he identified over 20 toxic chemicals that can be produced in the colon as a result of a toxic build-up. For example, sepsin and methylguanidine are poisonous byproducts of protein putrefaction. In addition, phenols, indoles, amines, and ammonia are toxins that can develop in the colon and have been directly shown to have a harmful effect in animal and in vitro models.

Mr. Irons advocated detoxing the bowels on a regular basis in order to maintain overall health. This is because, while toxins can surely cause problems directly in the gut area, over time they can also be reabsorbed into the body.

In particular, toxins in the GI tract can lead to autoimmune disease, which has been directly linked to cancer. A 1998 study by researchers at Northwestern University reported that lupus patients had twice the risk of getting cancer than non-lupus patients. A later study sponsored by the University of North Carolina, Charlotte, drew the same results between autoimmune arthritis and breast cancer.

Let Food Be Your Medicine

Making healthy lifestyle choices that can let your body return to balance is the best way to fight cancer in all forms, including colon cancer.

The first thing you can do to ensure a healthy colon is to eat for your gut health. Eliminate processed sugar and high fructose corn syrup (which directly feed cancer) as well as GMO-foods, which can lead to intestinal damage.

In addition, stop eating commercially-processed meats. If you do eat meat, consider lowering the quantity per meal and eat only meat that is organic, grass-fed, and hormone and antibiotic-free. Consider eliminating pork completely, as it often carries the heaviest toxic load.

A recent study conducted by the Environmental Working Group (EWG) discovered that 69% of commercial pork, 55% of beef, 39% of chicken, and a whopping 81% of turkey tested positive for antibiotic-resistant bacteria such as campylobacter and Salmonella. 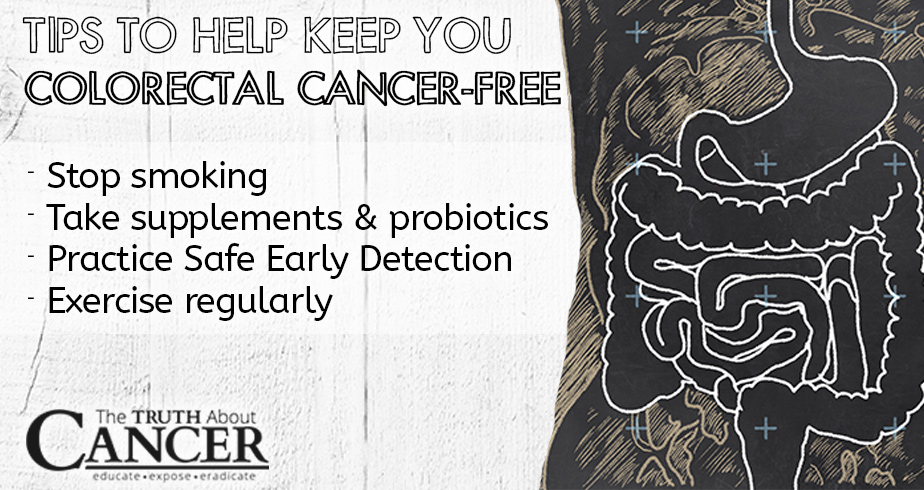 Here are some additional tips to help keep you colorectal cancer-free:

A healthy gut is the key to a healthy body. By living a healthy lifestyle that keeps your gut healthy, balanced, and strong, you strengthen your immune system and your body as a whole.

Please share this information with friends and family. It could save someone’s life!