You are here: Home / Cancer Causes / Is Your Hormonal Birth Control Protecting You or Causing Cancer? 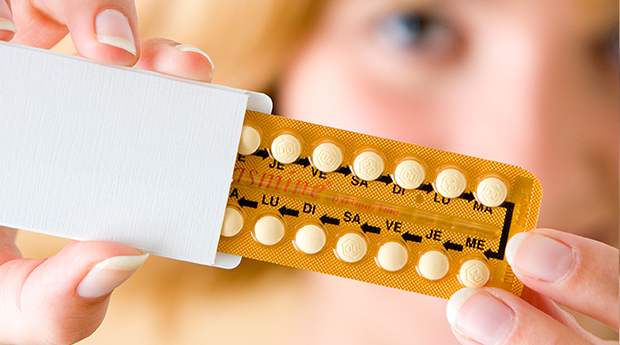 There are many varieties of hormonal birth control available. Long before “the pill,” prevention of pregnancy was a hot button topic and continues to be so today.

In our modern world, birth control is prescribed for more than contraceptive use. Women who experience the following issues may also receive a prescription for birth control:

Hormonal birth control that is delivered via a pill, injection, patch, or delayed release mechanism (usually implanted beneath the skin) is currently the subject of an intense debate. While your choice of birth control is an intensely personal choice, it is important to know all the facts.

Hormonal Birth Control and Cancer: Is There a Connection?

The messages within the health community are decidedly mixed.

While pro-hormonal contraceptive experts have stated that birth control “lowers cancer risk” – there is a caveat. It has been proven that while these pharmaceutical versions may lower ovarian cancer risk, they raise your risk of liver, breast, and gynecologic (cervical, uterine, ovarian, vaginal, and vulvar) cancers overall.

There are two forms of hormonal birth control: progestin-only and combination: progestin-only pills contain the synthetic version of the progesterone hormone, and combination pills contain synthesized progesterone and estrogen. Hormonal contraceptives are made from artificial hormone-like substances that attempt to mimic the effects of naturally occurring hormones in the body. Synthetic progesterone and estrogens have been linked to a greater risk of breast and other cancers.

The Research on Hormonal Birth Control

In 2005, the World Health Organization (WHO) reported that “estrogen-progestin oral contraceptives” (combination pills) could cause cervical, liver, and breast cancer.

There are several contributing factors for the development of breast cancer, which include a woman’s natural reproductive hormones. Some factors could increase the risk of cancer, such as exposure of the breast tissues to the estrogen hormones for longer periods of time. During specific stages in a woman’s life, reproductive hormones change in intensity. These factors seem to influence the development of breast cancer.

For example, women who started menstruating at an early age or entered menopause at a later age had longer exposure to estrogen. According to Mayo Clinic’s medical journal, women who took hormonal birth control before their first pregnancy have a higher risk of contracting breast cancer. Women using the Pill after the age of 45 have seen a 144% greater risk of developing breast cancer than women who have never used it.

Over 50 studies gathered by the Collaborative Group on Hormonal Factors in Breast Cancer indicated that women using contraceptive pills are more susceptible to breast cancer than women who don’t take contraceptives. Research published in 2011 in the journal Cancer Research significantly linked breast cancer to taking the pill. Logically they found that the high dose estrogen pills resulted in greater risk than lose-dose, but regardless, both increased the risk of breast cancer. 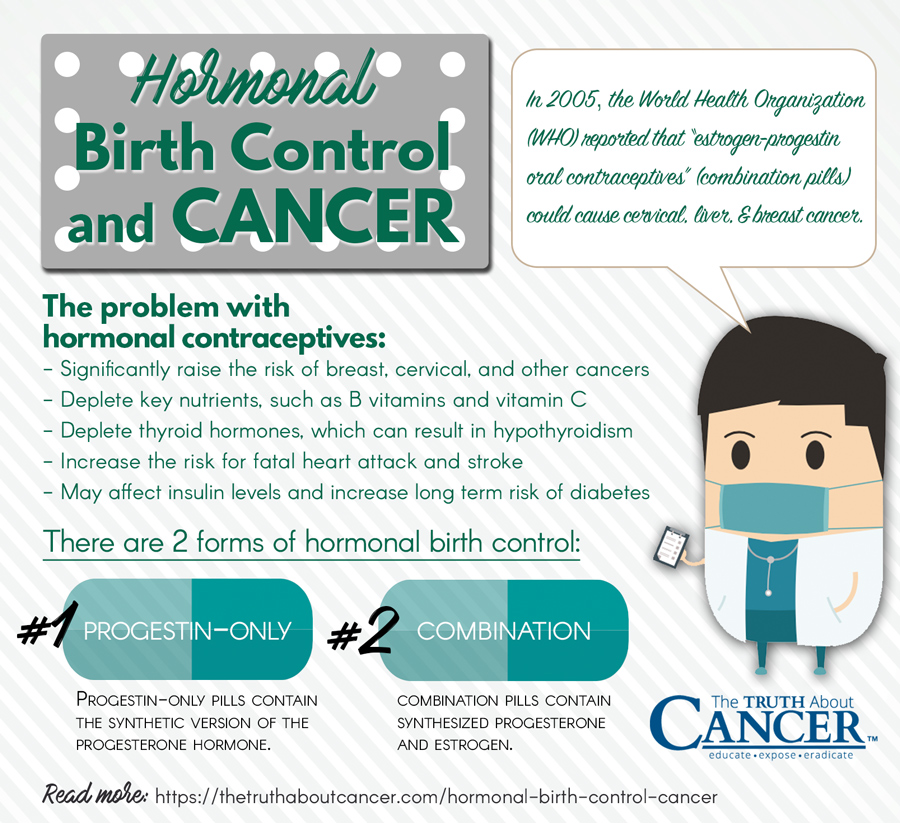 One study showed that if you stop using hormonal birth control for 10 years or more, your body reverts to the state prior to the birth control, as if it was never used. Conversely, Iranian research in 2011 showed that the longer the women were on the pill, the greater the risk for breast and cervical cancer. They found that the use of oral contraceptives can double the incidence of breast cancer and triple the risk for cervical cancer. Importantly, however, they found no significant relationship between the age at discontinuation, patterns of use and intervals from last use with respect to risk reduction.

At the end of the day, any benefits a woman might gain from taking the pill are greatly diminished by the risks to her health.

It is essential to monitor your health at all times and in all aspects of your life, including in the choice of your contraceptives.

Cancer isn’t the only health risk of hormonal birth control. These contraceptive methods have also been linked to other health issues such as high blood pressure, heart attack, stroke, and blood clots. In fact, one study found that women who use low-dose oral contraceptive pills have a two-fold increased risk of a fatal heart attack compared to non-users. Women over the age of 35 who smoke are usually not prescribed hormonal birth control due to increased stroke risk.

There are non-hormonal options available for women who’d rather not take the risk of putting excess hormones into their bodies. These options are for those who use birth control solely for pregnancy prevention and include the intrauterine contraceptive devices (IUD), the contraceptive sponge, Lea’s Shield contraceptives, calendar-based methods, condoms, cervical caps, diaphragms, as well as permanent options such as tubal ligation.

The right contraceptive for you is the one that works best with your lifestyle and level of health. Talk with your healthcare provider about the pros and cons of hormonal and non-hormonal forms of birth control so that you can make an informed decision.

←
Previous
Can Iatrogenic Disease Really Be the Leading Cause of Death in the US?
→
Next
What is Ayahuasca and Is It an Effective Treatment for Cancer?