You are here: Home / Nutrition / Supplements / Do Nutrients Interfere with Chemo or Radiation Therapy? 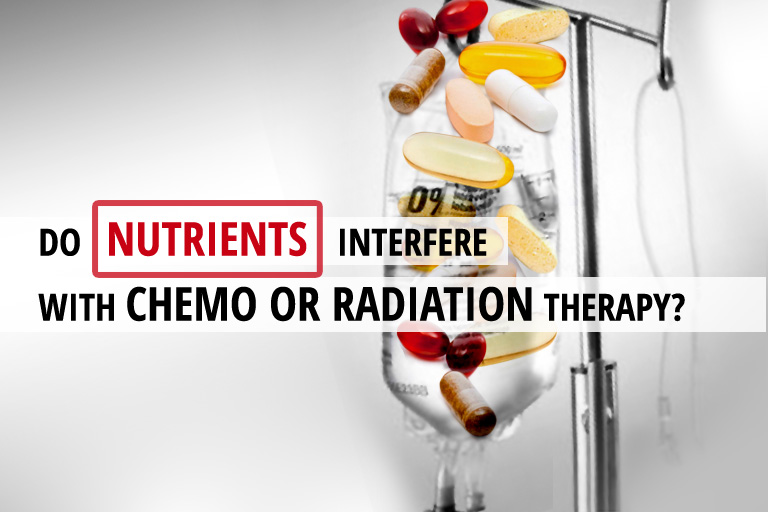 “God heals and the doctor takes the fee.” ~ Benjamin Franklin

Laura N. was tearful when I met with her at the clinic near San Diego, California. She had completed 10 cycles of cisplatin, a highly toxic chemo drug for her ovarian cancer and started having symptoms of painful peripheral neuropathy, or pain, in her hands. While vitamin E has the capacity to significantly reduce this type of nerve damage before the chemo drug is administered, little can be done after the fact.

Cancer patients often feel like a child in a wicked divorce custody battle. The oncologist tells the patient, “Don’t take that nutrition therapy, it is nothing more than expensive urine and it will reduce the effectiveness of my chemo and radiation therapies.” Meanwhile the nutritionist tells the same patient “Don’t take that poisonous chemo or radiation therapy, it will do you no good.”

If the oncologist and nutritionist work together, both would realize a higher success rate in treating their patients. Nutrients enhance the effectiveness of medical therapy against the tumor while reducing the toxicity.

This subject is one of the more hotly contested areas of cancer treatment. Most of the 10,000 board certified oncologists in America labor under the illusion that antioxidant nutrients will reduce the effectiveness of eradicating the tumor using chemo or radiation. However, the evidence is overwhelmingly favorable to nutrients and traditional treatments working together in a symbiotic relationship.

Meanwhile, those same doctors often prescribe Mesna and other pharmaceutical versions of vitamins C and E with the goal of reducing the toxic side effects of chemo and radiation treatments. Mesna and similar drugs have demonstrated their ability to reduce damage to the patient while allowing the chemo and radiation to kill cancer cells, creating a “win-win” scenario.

Unfortunately, hundreds of thousands of cancer patients are not being supplemented with antioxidant nutrients to prevent toxic side effects, such as nausea, gastro intestinal harm, peripheral neuropathy (damage to nerves in the hands and feet), and the suppression of blood cell production (red, white and platelets). Many of these cancer patients end up with unnecessary symptoms… all due to this myopic area of oncology.

Reviews by Drs. Simone (same oncologist who treated former vice president Hubert Humphrey) reveal that nutrients do NOT interfere with chemo or radiation; rather they usually enhance the  patient’s quality of life and provide better statistics for partial and complete remissions.

Dr. Keith Block has another review of the world’s scientific literature on the subject of chemo, radiation and nutrients co-administered. The resounding conclusion is: nutrients help, and never hinder cancer treatment.

Side Effects of Chemotherapy

Chemotherapy targets rapidly growing cells, some of which are cancer cells, but a significant number are healthy cells. The following list outlines more side effects:

All of these hazards are considered acceptable when using chemo to fight cancer, even though the most optimistic oncologist will tell you that chemo does not cure cancer (except in rare cancers such as some childhood leukemias and testicular cancer).

Given the hazards of chemo, it is ironic to hear the oncologists say “first do no harm” when they tell the patient to avoid nutrients while taking chemo, in the unlikely situation that the nutrients inhibit the cancer killing capacity of the drugs.

Linus Pauling, PhD, earned one of his Nobel prizes in chemistry in the 1950s by discovering how atoms bind together to become molecules. Consider this analogy: Picture the Earth, Saturn, and Mars − among other planets − orbiting around the Sun. Atoms and molecules are similar to a miniature rendition of our solar system. Electrons orbit the nucleus of an atom like planets orbit around the sun. Atoms bind together, such as hydrogen and oxygen, to yield water by sharing electrons, as hypothetically two suns come together and shared planets or moons to complete their configuration.

Now imagine if a planet was missing from a solar system. There would be  an imbalance in forces that causes the system to become unstable. Free radicals, or pro-oxidants, are like unstable solar systems, because they lack an electron in their outer orbit.

Free radicals will grab an electron from a nearby molecule to make itself stable while rendering the robbed molecule unstable. And on it goes in domino fashion, disrupting biochemicals until tissue damage occurs and cancer or premature aging ensues. Though there are many variations of pro-oxidants and antioxidants (see table below), the results are recurring: pro-oxidants destroy tissue, while antioxidants protect tissue.

We are constantly “rusting” from within, just like a nail rusts outside. We can slow down this rusting with antioxidants, such as vitamin C and lipoic acid, but we cannot stop it completely.

Basically, free radicals are electron (planet) thieves, and antioxidants, such as vitamin C, are electron donors. Antioxidants perform like a sacrificial warrior, giving up their life so that your tissue is protected. However, in an anaerobic environment, such as cancer, antioxidants can become pro-oxidants.

Vitamin C can become a targeted anti-cancer agent because it resembles the preferred fuel of cancer − glucose − and is abundantly absorbed. In the anaerobic environment, ascorbic acid converts to a powerful pro-oxidant and destroys the cancer cell… but only the cancer cells, since healthy cells have built-in mechanisms for absorbing the right amount of vitamin C along with a “symphony” of other antioxidants.

Researchers “assume” that antioxidant nutrients (such as coenzyme Q, glutathione, and vitamin E) will reduce the tumor kill rate from chemo and radiation. In simplistic chemistry, one might think this to be true. However, in test tubes (in vitro), with animals and human patients, such is not the case. Since cancer is usually an oxygen-deprived tissue, or anaerobic cell, the cancer cell has very poor mechanisms for absorbing proper amounts of antioxidants. A cancer cell has no more use for antioxidants than a gopher needs sunglasses. The exception is vitamin C, which is remarkably similar in chemical structure to glucose, cancer’s favorite food. 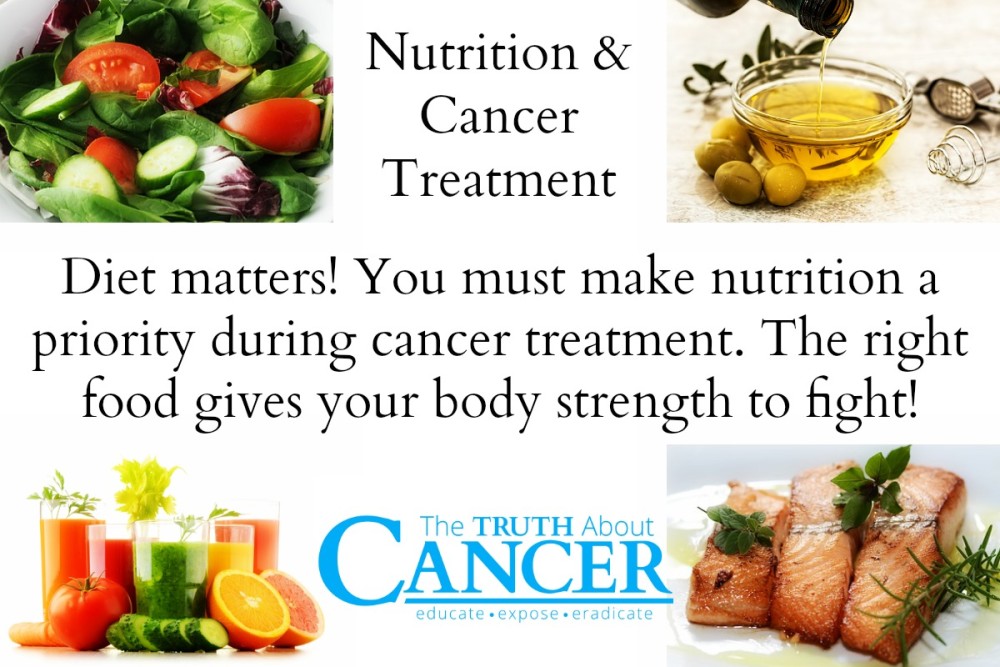 Antioxidants have been shown to dramatically improve the tumor kill rate from pro-oxidative chemo and radiation, while protecting the host tissue from damage. Cancer cells are primarily anaerobic (meaning “without oxygen”) cells. With the exception of vitamin C, cancer cells do not absorb nor use antioxidants the same way as healthy aerobic cells. Vitamin C (ascorbic acid) is nearly identical in chemical structure to glucose. When researchers found that radioactively labeled ascorbic acid was preferentially absorbed by implanted tumors in animals, they admitted that this effect is due to cancer having many more glucose receptors on its cell surface than healthy cells. Antioxidants protect healthy tissue, but leave the cancer cells more susceptible to chemo or radiation damage.


There is clear and convincing evidence that nutrients improve the prognosis in cancer patients treated with chemo and radiation.  It is time for the oncologists to work synergistically with the nutritionists to improve tumor kill and quality of life for the patients.  It is a win-win situation.

Please share this information with friends and family who have chosen to undergo chemotherapy or radiation treatments. It could save someone’s life!