You are here: Home / Cancer Prevention / How Much Nutrition Knowledge Does the Average MD Have? (video) 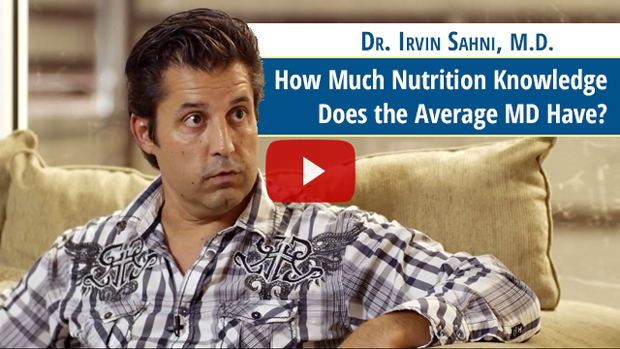 Video Transcript: How Much Nutrition Knowledge Does the Average MD Have?

Ty Bollinger: One of the things you can do is change your diet to stay healthy. Diet has a big impact on it. One of the quotes that you gave us last year for the Quest [“The Quest For The Cures” docu-series] was—I said “how much education did you get in medical school on nutrition?” You said “pretty much none.”

Dr. Sahni: Pretty much none. You know, let’s expound upon that. I don’t know how it is now. You would hope that it would be better, but I’m not so sure that it is. This all goes back to, I think, something you did talk about in one of the episodes, the Flexner report. And basically how corporate America, once again, intervened, limited people’s choice, controlled the narrative, and basically influenced on what kind of medical education the doctors get with the current medical education.

I went to one of the best medical schools in the country, Baylor College of Medicine. It’s an outstanding school, but this is what they taught. We spent an inordinate amount of time in basic science—there’s basic science and there’s clinical. Basic science is the first portion of medical school where you learn out of a book, basically, sit in a classroom. And we went on, and on, and on about all kinds of different pharmaceutical drugs.

But not here’s how to eat, or you should tell your patients to eat this way, or to eat naturally or synthetic vitamins versus natural vitamins, or anything along those lines. And then that’s literally a few days maybe that we cover that kind of stuff. Certainly, vitamin D might come up a couple of times again, but again, we’re talking about the molecule and metabolism.

And that’s important information, but that’s not learning nutrition, and that’s not learning practically how to educate someone. It’s like they don’t teach doctors a thing about business. And then they ultimately come out and a lot of them suffer for that reason trying to run their own business. Who knows? Maybe that’s by design as well. Anyway, different topic.

Ty Bollinger: Pretty much none.

Dr. Sahni: Yeah, pretty much none is too much. I didn’t really understand practical nutrition, if you will, until after med school, until after being in practice.

Ty Bollinger: So you learned that after school, after you got out of medical school.

Dr. Sahni: Which is very normal as a doctor. There’s a lot of surgical procedures that I’ve learned, because we don’t go back to residency every time a new procedure comes out. We have to be able to reeducate ourselves. But the person has to be willing to endeavor in that reeducation.

I told you the story. We’ll talk about it again. When I was in the midst of losing weight, I was juicing. So many different ways to do it and there’s so many different healthy ways to do it. I chose intermittent fasting, and I chose juicing, and I was going green and raw and trying to stay away from processed foods and so forth. 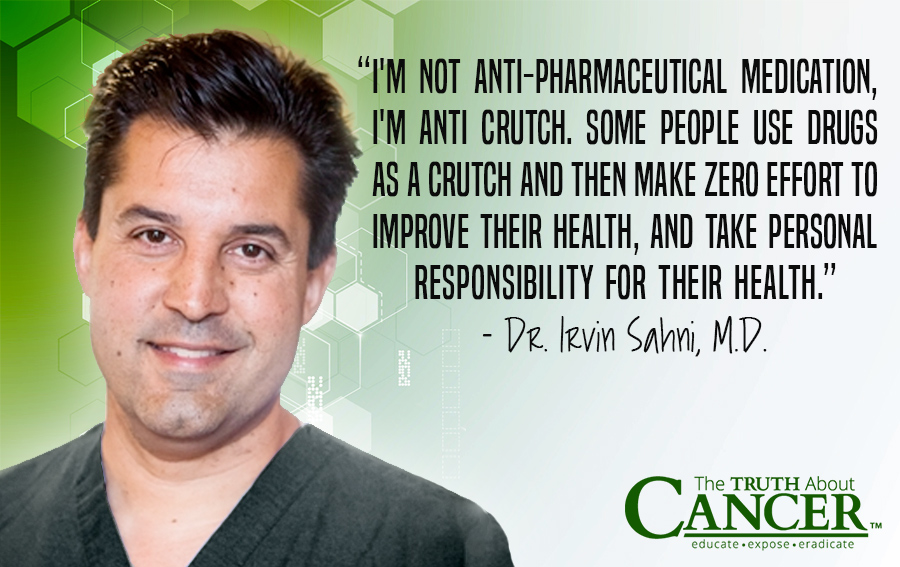 I ran into a doctor in the doctor’s lounge in the hospital here locally. We talked about this, and I said, “Hey, you know, if you lose weight, if you get off diet,” just talked about the benefits. He goes, “Well, why would you do that?” He goes, “I’m just going to eat my cheese nachos and take my cholesterol medicine.” I don’t know if he’s messing with me a little bit, probably. Kind of sent me through the roof. I was like, “really?”

“Oh, and by the way, if we did that, we wouldn’t have a job.” Again, probably messing with me to some degree, but this is how these guys think. I could tell you right now that if every doctor thought more like me and really pushed—let’s not say it that way. If every doctor really pushed nutrition and really, really generally pushed nutrition. It would be generations—it would be never really before all of us would be out of a job. There’s always going to be a job.

←
Previous
Feel Good Raw Cacao Chia Pudding Recipe
→
Next
“I Have Cancer”: 3 Steps to Take After a Cancer Diagnosis