You are here: Home / Cancer Treatments / Radiation Detox: How to Rebuild Your Health after Radiation Therapy 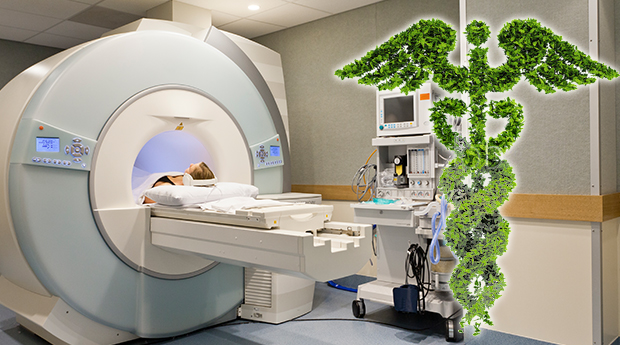 When my mother received radiation for breast cancer, I saw her breast become hot and blistered. The area that was radiated was also hard as a rock and remained that way for years. Ten years later, when I discovered I had breast cancer, I chose not to get the conventional cancer treatment my mother had received. Instead, I chose a more holistic approach that worked with my body and was side-effect free.

If you decide to receive radiation treatment for your particular cancer condition, educate yourself about the side effects and risks of the procedure beforehand. Also, be aware of specific actions you can take after your course of treatment is over to reduce the long-term effects of radiation on your overall health. In other words, a radiation detox.

What Radiation Therapy Does to Your Body

The most important thing to remember about conventional radiation treatment is that even though it may help to reduce the size of a noticeable tumor, it will not reduce the number of circulating cancer stem cells in the body. Stem cells are responsible for reseeding cancer (sometimes years after a person has been deemed “cancer free”), refueling tumor growth and sparking metastasis.

In fact, radiation therapy may actually increase your breast cancer risk in the long run. According to a 2009 study by Harvard Medical School, “exposure to ionizing radiation has clearly been established as one of the risk factors for the development of breast cancer.”

Reducing the side effects of radiation poisoning are paramount. Fortunately, there are many key natural substances that can help to do this while also boosting your immune system and helping to prevent cancer recurrence.

Here are five substances that can be part of your health recovery toolbox after radiation:

#1 Curcumin. Hands-down, curcumin is a must-take for reducing inflammation and boosting the immune system for almost all health conditions. For reducing the side effects of radiation in particular, it has been shown by hundreds of studies (a quick search on Pubmed comes up with close to 500!) to have a radiation-protective effect. As heavy-duty antioxidant, it also has direct anti-tumor effects as well.

In fact, according to a Chilean study published in the International Journal of Oncology in 2016, curcumin appears to have an anti-cancer effect on most forms of breast cancer, including triple-positive, triple-negative, and estrogen receptor (ER) and progesterone receptor positive.

#2 Genistein: Genistein is a bioflavonoid which has been shown to decrease many side effects of radiation. Studies published since the mid-1990s show that it can instigate cancer cell apoptosis (programmed cell death) as well as shut down the mechanisms by which cancer cells can self-repair. In addition to other flavonoid substances such as apigenin, quercetin, and non-GMO soy, genistein has proven to also have radiation-protective properties as well.

#3 Astragalus. For thousands of years, Astragalus has been used in Chinese medicine as an herb for supporting the Immune System. During modern times, it has been proven to decrease organ damage that may occur with radiation damage. A 2011 Chinese study found that astragalus increased survival and immune function in laboratory mice that had been exposed to radiation. It also recovered DNA damage to “normal standards.”

#4 Ginkgo Biloba Extract. Clastogenic factors (CFs) are found in the blood of persons irradiated accidentally or for therapeutic reasons. They are considered mutagenic, since they break up chromosomes and often lead to the development of cancerous tissues. Researchers at the Institut Biomédical des Cordeliers in Paris, France, found that Ginkgo Biloba reduced blood markers for ionizing radiation exposure in individuals who had been exposed in the workplace.

#5 Miso (fermented soybean paste). The disaster at Hiroshima during World War II exposed thousands of Japanese to radiation poisoning. Doctors noticed, however, that the people who consumed miso soup daily had fewer side effects compared to those who did not consume the soup on a regular basis. Miso helps to heal after radiation exposure through the bacteria in the bean paste. This bacteria binds with the radiation and helps to expel it from the body at a rapid pace. A 2013 study by Hiroshima University published in the Journal of Toxicologic Pathology also found that miso soup was cancer-protective against breast, lung, and liver tumors. (Note: If you take miso, make sure it is made from organic, non-genetically modified soybeans.)

Deciding on a course of action after a cancer diagnosis is ultimately a personal decision. Whatever decision you make, it has to be right for you. If you choose conventional radiation treatment, know the facts. After treatment, consider beginning a healing protocol using some or all of the substances mentioned above right away. 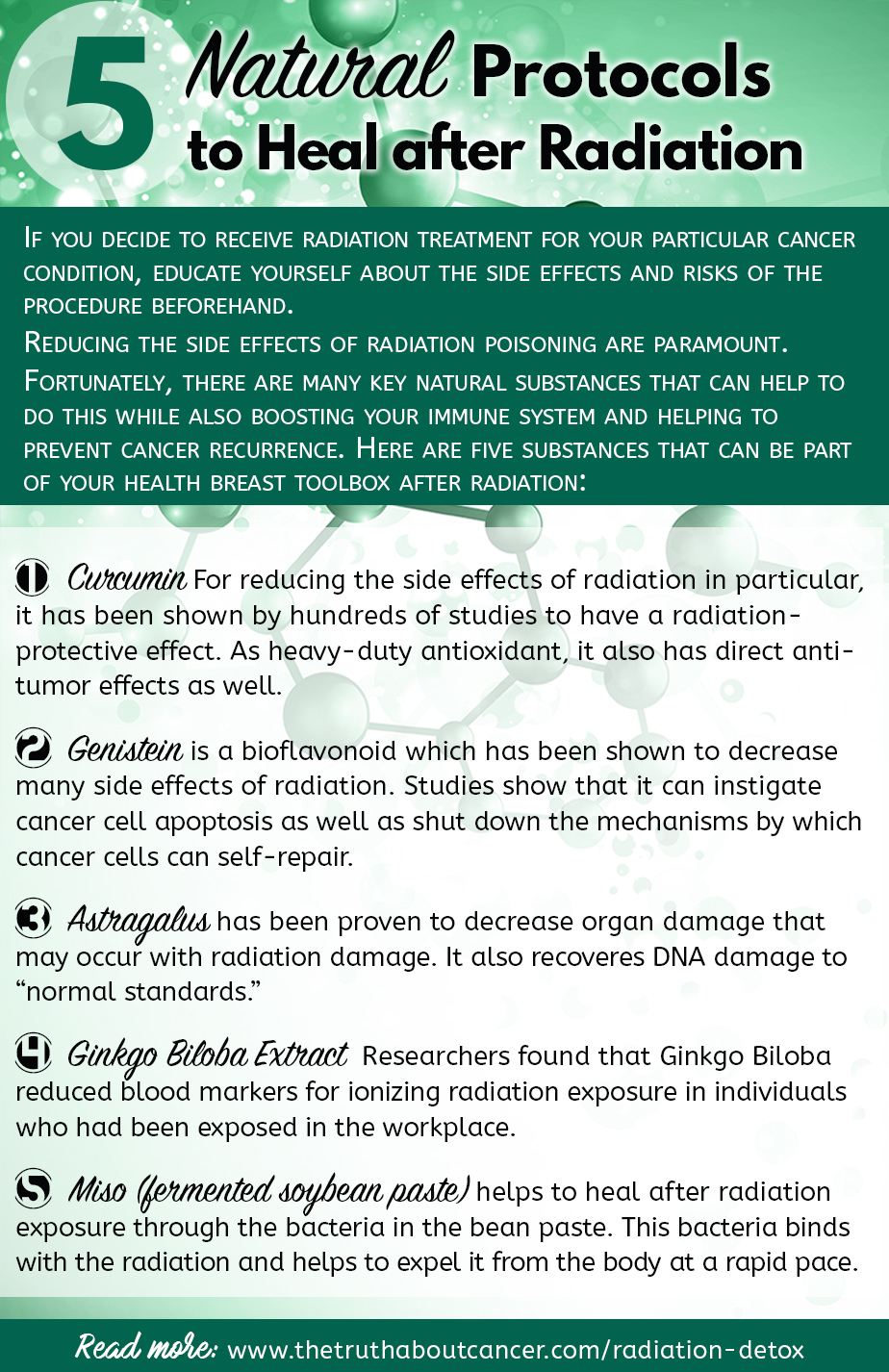 ←
Previous
Can These Common Medical Tests & Treatments Give You Cancer? (video)
→
Next
How to Rebuild Your Health after Cancer Surgery