You are here: Home / Cancer Treatments / How to Rebuild Your Health after Cancer Surgery 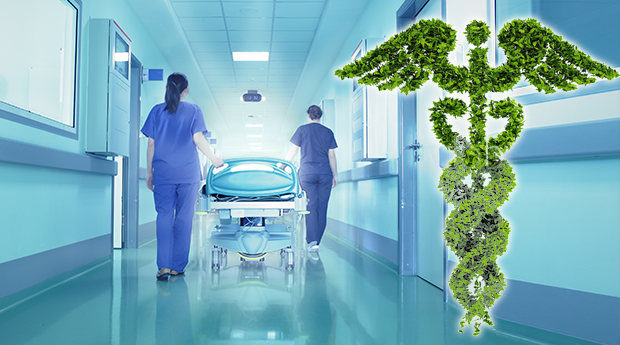 For many, surgery to remove tumors or organs that have been affected by cancer may seem to be the most benign of the “Big Three” conventional cancer therapies. Make no mistake, however, it is a highly-invasive procedure and comes with its own risks and needs for rebuilding the immune system post cancer surgery.

What Cancer Surgery Does to Your Body

Invasive surgery for breast cancer and other forms of cancer affects the body in various ways. Research has shown that it can have a detrimental effect on the immune system by significantly reducing the number and production rate of Natural Killer cells. It also causes the body to go into a trauma state. During this state, the body automatically secretes growth factors with the aim of facilitating a healing response. These same factors, however, can also catalyze cancer cells to grow and spread.

Another major concern about surgery is that during this invasive procedure, the natural barriers in the body that would normally keep a cancer tumor contained in a particular area of the body or organ is breached. This breaching may enable cancer cells to leak past natural barriers and spread to other parts of the body system. It should be noted that this concern exists for those who are considering breast cancer biopsy as well.

The most shocking news, according to studies conducted at Tel-Aviv University in Israel and others, is that surgery may actually cause cancer tumors to spread. Sometimes this happens at a rapid rate. Cancer cells tend to be “sticky cells.” They have a Velcro-like substance on them that allows them to adhere to each other as well as to the walls of blood vessels. According to Bill Faloon, director and co-founder of Life Extension Institute, the sticking and binding characteristic of cancer cells may increase by up to 250% after surgery.

Nature never ceases to amaze. Here are some of the wondrous natural substances & modalities that you can consider adding to your healthy breast protocol after breast cancer surgery. These can also be used by anyone who is on the healing path with cancer:

#1 Chaga Mushrooms. Prepare for your surgery by boosting your immune system beforehand. Medicinal mushrooms are some of the best substances you can include in your healing toolbox for their immune-boosting properties in general. According to the Memorial Sloan Kettering Cancer Center, chaga mushrooms, used for centuries in Europe as an immune system stimulator and digestive aid, can be especially effective for boosting Natural Killer cells, reducing fatigue, reducing inflammation, and brain health. Other substances that boost NK cells (those cells whose job it is to hunt out and destroy pathogens like cancer) include garlic, milk thistle, sulforaphane (from broccoli sprouts), and curcumin.

#2 Modified Citrus Pectin. Modified Citrus Pectin (MCP) is a type of polysaccharide that comes from the cell walls of citrus fruit and is most commonly known as a source of dietary fiber. It can also lessen the “stickiness” of cancer cells that could be exacerbated with surgery and may lead to cancer metastasis. Evidence-based research has shown Modified Citrus Pectin to have a direct effect on prostate, lung, and breast cancers and other studies have found MCP intake to decrease cancer cell adhesion by up to 95%. Many experts suggest taking MCP for up to a year after cancer surgery.

#3 Omega 3 Fatty Acids. Reducing inflammation is one of the most important (if not THE most important) thing you can do to boost your overall health after radiation. Omega 3 Fatty Acids are key polyunsaturated fats and include α-linolenic acid (ALA), found in found in plant oils such as coconut oil and flax oil, as well as docosahexaenoic acid (DHA), found in fish such as salmon. It is now common knowledge that Omega 3s have many health benefits, including decreasing inflammation, which helps decrease cancer recurrence risk overall.

#4 Bromelain. Bromelain is an enzyme complex found in pineapple. It has been shown to be a strong anti-inflammatory and can also help to curb the formation of heavy scar tissue after an accident or surgery.

#5 Eliciting the “Relaxation Response.” Stress can cause dis-ease through kicking in the “fight or flight” response and raising stress hormones. But when a person is deeply relaxed is when the heart rate lowers, muscles relax, digestive activity (and thus immunity) improves and the parasympathetic nervous system can do its job of true healing. After surgery, do what you can to elicit the “relaxation response” as much as possible. Avoiding stressful thoughts, conversations, and people. Practice Emotional Freedom Technique (EFT), meditate, use calming essential oils like lavender in a diffuser or topically, and engage in light, targeted massage to lower your stress response overall.

Surgery should not be taken lightly. It is a highly invasive procedure that will put your body in a state of shock during the procedure and for weeks following it. For years, studies have shown that “primary tumor removal may result in sudden acceleration of the metastatic process.”

If you are recovering from cancer surgery or are preparing for it, take note of the ways mentioned above that you can speed up recovery and help keep cancer from returning as you heal. Help your body through eliciting the relaxation response and, most of all, do all you can to stay on a healing path (or a healthy breast path if you are recovering from mastectomy, lumpectomy, or biopsy) in the months and years following surgery. 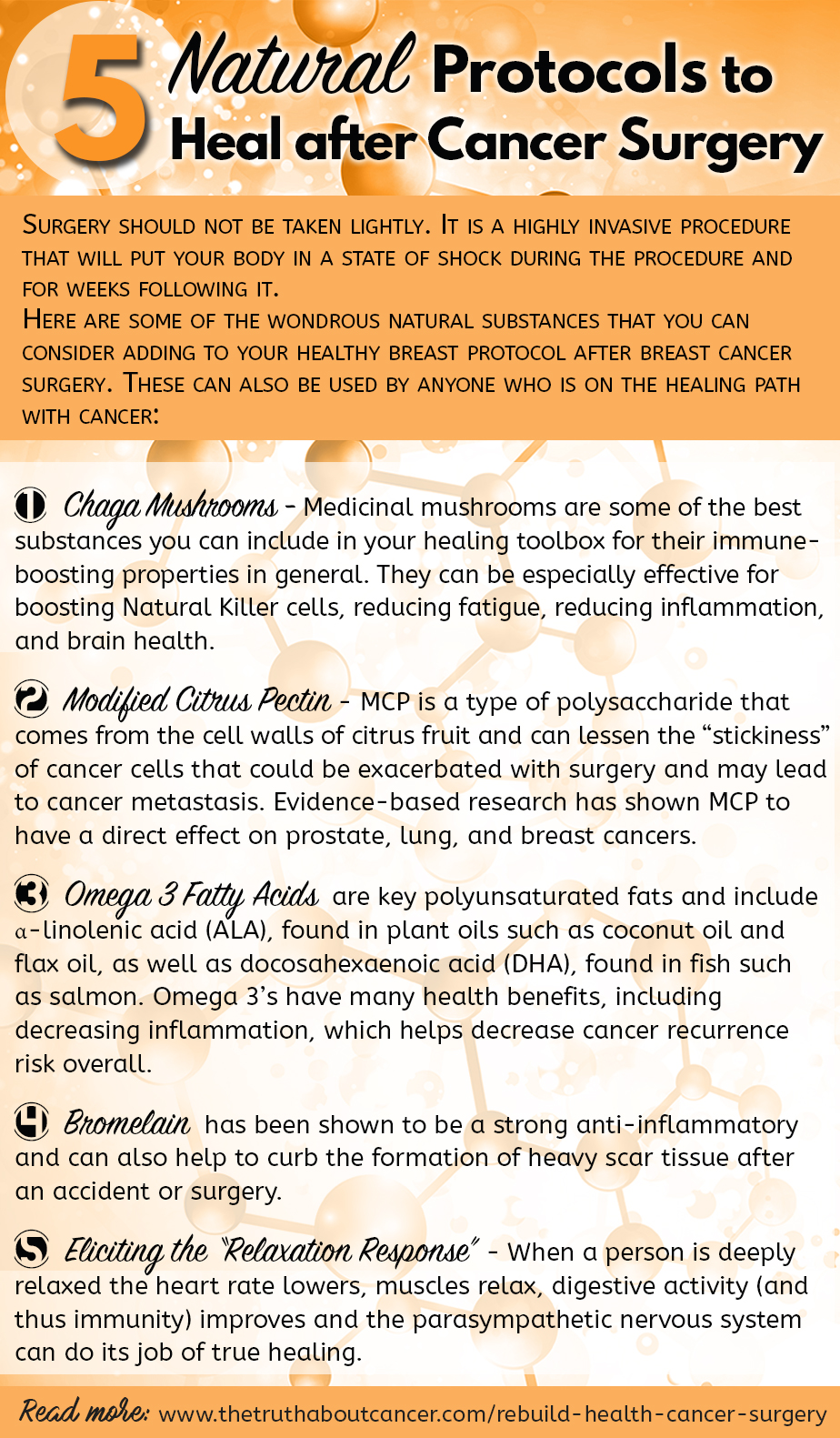 Has someone you care about (recently) undergone cancer surgery and may be helped by this information? If so, please share. There are also two articles in this series with tips on detoxing and repairing the body post-chemo and post-radiation therapy.

←
Previous
Radiation Detox: How to Rebuild Your Health after Radiation Therapy
→
Next
Health Benefits of Parsley: 3 Ways Parsley Reduces Your Cancer Risk