You are here: Home / Cancer Causes / Are Root Canals Really a Cause of Cancer? 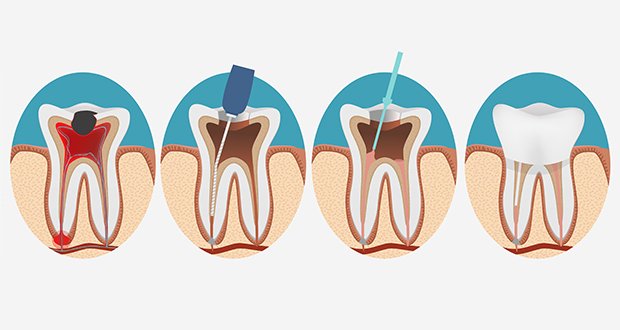 The nerve and dental decay from a damaged tooth is removed during a root canal. In theory, the chemical solution used to disinfect the area is designed to get rid of bacteria that may linger and cause further infections. But can all bacteria truly be eradicated?

Root canals seem to only place a bandage over a life threatening problem, and more appropriately merely delay the onset of major health issues. Unfortunately there is an underlying misconception that infective agents such as microbes, fungi, and viruses are successfully disinfected within teeth’s gums. However, there are miles of microscopic tubules which are never exposed to sanitizing chemicals.

In studies, up to 50% of the pathogenic bacteria population remained following treatment with the common disinfectant sodium hypochlorite. Adding human error to the equation, secondary health complications arising from root canals seem more likely than not.

Harmful anaerobic bacteria thrive in an oxygen-free environment when a dentist seals off a treated tooth. Toxins are released from the bacteria which leach into both neighboring and distant areas of the body. In one study, Dr. Stuart Nunnally, DDS, MS, reported that over the course of three years, all 87 patients who had undergone a root canal procedure reported a decline in health.

Dr. Josef Issels, MD, a world-famous cancer specialist, was probably one of the first physicians to require all of his cancer patients to have their dead teeth extracted as part of his healing protocol. In his book, Cancer: A Second Opinion, he discusses how over a period of 40 years working with 16,000 thousand cancer patients, over 90 percent of his patients had between two and ten dead teeth in their mouths when they first arrived at his clinic. He asserts (with convincing evidence) that dead teeth left in the mouth generate copious amounts of toxins capable of causing cancer in humans.

In a world consumed by taking a pill to treat a problem, antibiotics are yet another standard part of root canal procedures. The targeted bacteria are sealed off from the root canal and also separated from circulation or blood flow which enables the antibiotic to treat the affected area. As a consequence, the population of health-stimulating bacteria is destroyed and harmful bacteria become further drug resistant.

Bacterial infections commonly occurring in relationship to root canals include the following:

Enterococcus feacalis: These bacteria are associated with urinary tract infections and are one of the most well-known antibiotic-resistant bacteria.

Pseudomonas: Symptoms associated with these bacteria include a weakened immune system, pneumonia, blood infections, and may possibly lead to death.

Staphylococci: Referred to as staph infections, these bacteria not only lead to skin infections, but pneumonia, blood poisoning, and toxic shock syndrome as well. 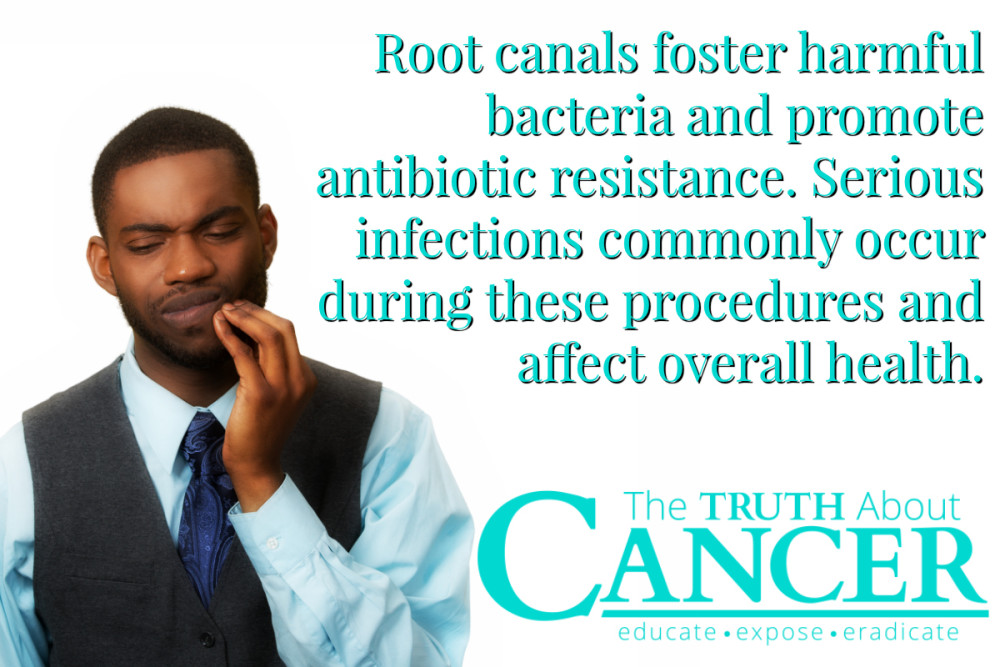 Dr. Weston Price learned of an interesting discovery in the 1900s when his research led him to implanting the infected tooth from a human into another animal. The same chronic health complications became apparent in the animal shortly following the tooth’s implantation. Therefore, it is not only the population of bacteria which causes systemic dysfunction, but also the concentration of toxins produced by bacteria.

As a result of Dr. Price’s research on the implication of root canals and systemic health, we now understand how root canals increase your risk of all types of adverse health responses including:

The first step for lowering your risk of chronic diseases and cancer is preventing the decay of your teeth and gums. Consider the following oral hygiene health care tips to lower your risk: 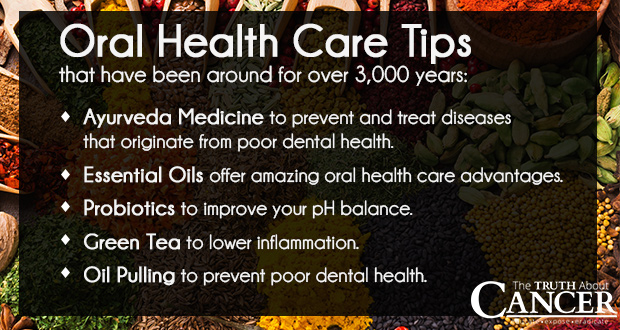 You may already understand the benefits of the normal practices of maintaining good oral health, but some other practices you may want to try have been around for over 3,000 years:

Oil Pulling: Two methods of oil pulling may be practiced. Graha gandusha and kavala graha are both claimed to cure headaches, asthma, bleeding gums, sore throat, and tooth decay. Oil pulling can be performed with sunflower or coconut oil.

Probiotics: Supplementing your diet with probiotics in foods and beverages is a great way to inhibit the growth of cancer causing bacteria. To improve your pH balance, try adding foods rich in healthy bacteria such as Kombucha, sauerkraut, and kefir.

Green Tea: Green tea is well known to offer life-supporting health benefits. Green tea contains micronutrients and antioxidants which assist in fighting inflammation in the body. Lowering inflammation will help to reduce the risk of cardiovascular disease, obesity, and cancer.

Find A Holistic or Biological Dentist Near You

Place your health in the helping hands of a holistic or biological dentist today. Search for accredited members of the International Academy of Oral Medicine and Toxicology (IAOMT) or the International Academy of Biological Dentistry and Medicine (IABDM).  You can also view the profiles of dentists in your area and learn of the services provided by visiting the Holistic Dental Association.


Come join us this October in Nashville for TTAC [LIVE] 2021 and learn from some of the most renowned health experts in the world and connect with other patriots! This conference has become the “gold standard” for people to learn what’s actually happening RIGHT NOW in the world of natural health. And with the current state of the nation and how freedom and liberty literally hangs in the balance, it’s time to make a difference!
Now, it’s your turn. Don’t delay!

←
Previous
World Cancer Day: Why Cancer Awareness Isn’t Enough
→
Next
How to Heal Your Gut with Essential Oils