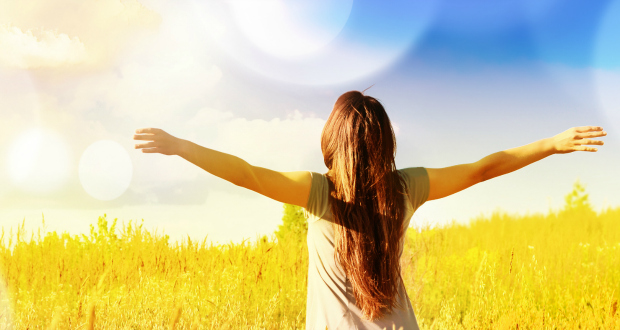 While dermatologists and sunscreen manufacturers have made it their mission to convince the world that sun exposure causes cancer, this is all a big lie. Sunlight is not the primary cause of skin cancer. In fact, sunlight actually prevents cancer!

Considerable evidence shows that vitamin D (which is produced from the sun’s rays), is protective of many cancers. This includes the deadliest of skin cancers – melanoma. In addition to melanoma, there are at least 13 other cancers that seem to be positively affected by sunlight. Most notably are breast cancer, colon cancer, and ovarian cancer.

Sun Exposure Does NOT Cause Melanoma

While melanoma accounts for less than 2% of skin cancer cases, it can metastasize to other organs and become very aggressive. It is responsible for the majority of skin cancer deaths. However, researchers have found that that sunlight does not cause melanoma.

He surprised the audience when he said that most melanomas are not related to sun exposure, and therefore sunblock or avoiding sun exposure does not prevent melanoma. Dr. Coit explained how melanoma is directly related to family history and called it a disease of gene mutations.

A British review done in 2002 also had some interesting findings. Overall the results provided no clear link between sunscreen use and the prevention of melanoma. While two studies did show a protective effect, three studies showed a negative association. Meaning there was a significant increase in malignant melanoma with sunscreen use.

Dr. David Mitchell, PhD, professor at M.D. Anderson’s department of Carcinogenesis, found via a fish study that UVA does not cause melanoma and is not responsible for the rise in the incidence of melanoma over the past 30 years.

On the contrary, countless studies have shown that sun exposure actually reduces the risk of skin and other cancers.

How does sunlight reduce the risk of cancer?

Vitamin D increases cell differentiation, suppresses growth signals, reduces cell proliferation, reduces the effect of IGF-1(insulin- like growth factors) on cancer progression, and inhibits angiogenesis (formation of new blood vessels in tumors). Therefore, it is more likely that low vitamin D levels account for the rise in skin cancer incidences. In fact, numerous studies show that low vitamin D status may actually contribute to the development of cancers of the skin, breast, colon, ovaries, and others.

Here are just a few of the studies:

Numerous other cancer experts have come to the same conclusion: Sun exposure is not to blame for the increase in skin cancer rates and is actually protective of many cancers. However, sunscreen could be part of the problem.

Is Sunscreen the Answer?

In the past 50 years, sunscreen use has increased dramatically. According to the CDC (U.S. Center for Disease Control), at least 61% of American adults protect themselves from the sun, and that this reflects a substantial increase over the years. Back in the early 1970s, sales of sunscreen were around $18 million. By some estimates, this has now grown to almost $400 million annually.

Yet, clearly studies do not inclusively support the efficacy of sunscreen to prevent cancer, including melanoma. If you consider the studies mentioned, the occurrence of melanoma (and other cancers) has actually been found to decrease with greater sun exposure, and increased by sunscreens which block the production of vitamin D. If sunscreen really did prevent skin cancer, we would have seen a rapid decline in rates. Instead, incidences of skin cancer have been rising.

This means that the dramatic endorsement for avoiding the sun and slathering on copious amounts of sunscreen may have made millions of dollars for sunscreen producers, but put millions of people at a greater risk for cancer.

In addition to blocking vitamin D production, sunscreen also directly contributes to cancer. When people wear high-protection sunscreen, they tend to stay in the sun too long. By doing so they expose themselves to excessive radiation, and possibly sunburn or sun poisoning.

It is claimed that too much ultraviolet (UV) radiation from the sun or sunbeds can damage DNA in skin cells. The effects of the sun’s rays advance through the action of the free radicals produced in the skin. If enough DNA damage builds up over time, it can cause cells to start growing out of control, which can lead to skin cancer.

To further explain, sunburn is a painful immune response from UV radiation that creates inflammatory chemicals called cytokines. Through this process, damaged cells are removed and are replaced with healthy cells. While this might sound good, cytokines generate free radicals that can damage DNA, potentially causing mutations that lead to tumor initiation.

Ample evidence supports the involvement of cytokines in events leading to the initiation, promotion, invasion, and metastasis of cancer. Plus, it is not a perfect system. Damaged skin cells that aren’t removed can lead to skin cancer. So there is a clear difference between “getting some sun” and routinely “turning into a lobster.” 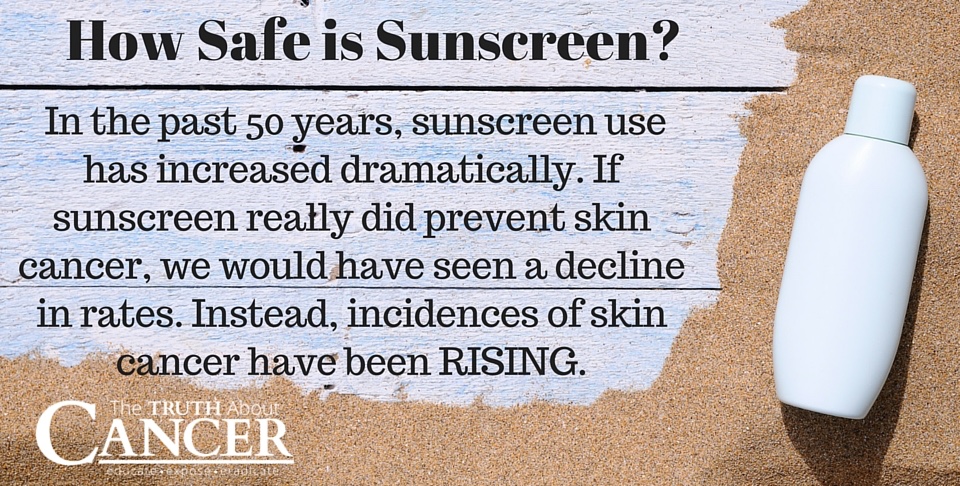 The Cancer Risk from Chemical Sunscreens

And don’t overlook the added cancer risk from chemical sunscreens themselves. Chemicals found in many sunscreens are toxic endocrine disruptors and damage the heart and liver.

Sunscreen soaks into the skin and enters the bloodstream. A single application can last for up to two days, and as it is absorbed through the skin it bypasses the liver for detoxification.

Chemical sunscreens function by absorbing UV light. As a result, they form DNA-damaging free radicals. In a study done by the Norwegian Radiation Protection Authority, research showed that the reaction between Octyl methoxycinnamate (OMC) and sunlight was twice as toxic as the chemical on its own. OMC is present in 90% of sunscreen brands!

A reasonable amount of sun exposure along with a healthy lifestyle can significantly decrease your risk of cancer. It is important to know that nutrient-deficient diets, smoking, excessive alcohol consumption, and obesity are believed to account for at least 50% of cancer-related deaths, including from melanoma. Genetics is closely linked to the ability to defend against UV damage and skin cancers. While we cannot change the genes we were born with, we can make lifestyle changes that positively affect gene expression.

If you do tend to spend considerable time in the outdoors, consider protective clothing or use of mineral sunscreens. However, the best sunscreen is available in your kitchen.

Consume a diet high in antioxidants such as vitamin C and E and eat plenty of chlorophyll-rich green vegetables. Fresh, raw vegetables and unprocessed foods provide the body with an abundance of powerful antioxidants and nutrients that will help you fight the free radicals and help prevent sunburn.