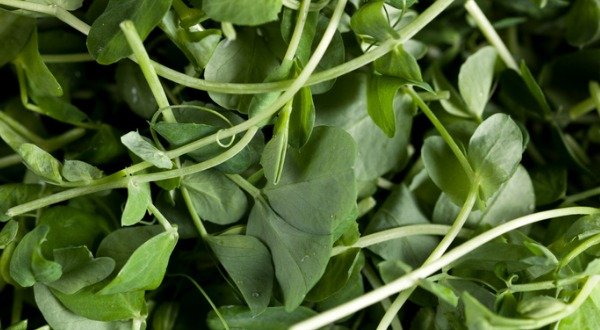 Nasturtium officinale, or watercress, is one of the oldest leafy vegetables known to mankind. This ancient veggie is found in freshwater aquatic environments and is commonly used as a garnish. But there’s a reason that this powerful little plant has been used for centuries: it’s a nutritional powerhouse!

Used by Hippocrates, the Roman army, and generations of European farmers, watercress is one of the most nutritionally dynamic foods in the world. Despite being made up of 95% water, it is literally ranked by scientists as one of the healthiest foods in the world. It is most in season between April and October and you can find organic watercress at Ralph’s, Wegman’s, Sprouts, and many other grocers. Many online retailers also offer organic watercress and will ship the superfood straight to your door!

The Aggregate Nutrient Density Index (ANDI) ranks food by comparing its nutrient value against its caloric value. Of all the foods ranked this way, watercress came out at the top of the list. It packs such an impressive nutritional punch that it’s considered the healthiest food available.

While many of us may be unfamiliar with watercress, the cruciferous vegetable provides a host of health benefits. Whether you’re trying to boost your immune system, fight off cancer, or just increase your overall health, watercress is the plant for you.

Here are the top 5 reasons why watercress is the most important food you can put on your plate.

1| Watercress is Packed with Vitamins

When it comes to vitamins and minerals, no plant offers more benefit per ounce. Each leaf is loaded with vitamin A, vitamin C, vitamin B6, vitamin K, calcium, iron, folate, magnesium, phosphorus, and protein. Despite containing only 4 calories per cup, watercress is a nutrient superstar.

Pound-for-pound, watercress contains more calcium than milk, more vitamin C than oranges, and more iron than spinach. These vitamins and minerals are essential for good health and come with an extremely low caloric cost. Let’s take a look at some of the powerful nutrients found in watercress.

Just a single cup of watercress provides more than 100% of the recommended daily intake (RDI) of vitamin K. This vitamin is a little-known superstar, promoting strong bones and improving calcium absorption. It can also help improve blood pressure and overall heart health by preventing mineral buildup in the arteries.

Need more reasons to love vitamin K? How about its ability to lower the risk of stroke? This nutrient superstar supports more than healthy bones and cardiovascular health – it can help keep your mind sharp. Studies show that people over 70 with higher vitamin K levels demonstrated improved cognition.

Everyone knows about vitamin C. Orange juice and other citrus fruits are a great source, and it’s the number one way to fight off a cold. But did you know that watercress packs more vitamin C per pound than oranges? Even better, vitamin C provides a host of amazing abilities to help keep your body healthy and strong.

This super vitamin is essential to a strong immune system and reduced inflammation – both of which help fight chronic diseases like cancer. Vitamin C is also a powerful antioxidant. Antioxidants are crucial for combating oxidative stress, caused by an imbalance of free radicals. Antioxidants help reduce the risk of heart attack, Parkinson’s, Alzheimer’s, chronic fatigue, and chronic inflammation.

Another great mineral for bone health, calcium is more commonly associated with milk. But once again, watercress takes home the gold with nearly 4 times more calcium than milk. But the benefits of calcium extend beyond healthy bones and teeth. Calcium can also help lower blood pressure, dilating the arteries and releasing excess sodium. Calcium – along with magnesium – also helps to promote healthy skin and hair.

Calcium assists in the prevention of cardiovascular disease and diabetes, both of which are common causes of death. Perhaps most importantly, it can be hard to get the right amount of calcium through supplements, which is why specialists recommend eating a calcium-rich diet. The nutrients in watercress work together to provide abundant calcium AND helps the body absorb it.

2| Watercress is an Excellent Source of Omega 3s

Most of us get our omega-3s from sources like fish or fish oil supplements. But did you know that leafy greens like watercress are also a great source of omega-3s? Omega-3 fatty acids are a healthy fat, and have been shown to protect the brain, heart, and cardiovascular system.

A study published in The BMJ found that omega-3 fatty acids were associated with healthy aging. A long life doesn’t mean much if we aren’t able to prevent chronic diseases. But researchers found that those with high levels of omega-3s were less likely to experience unhealthy aging. For those who don’t eat seafood, watercress may be one of the best sources for this important nutrient.

Watercress has been shown to reduce chronic inflammation, which is linked to almost all chronic disease. Dietary nitrates found in the super plant help maintain healthy blood vessels, which is crucial for lowering inflammation.

Cruciferous vegetables are known for their anti-inflammatory properties, but watercress takes it to the next level. A 2014 study found that watercress extract actually reduced the occurrence of tissue damage in subjects. Watercress can even be used to help with respiratory issues associated with inflammation.

Illnesses like cough, bronchitis, and even the common flu can all be treated with the nutrients found in watercress. We talked before about how antioxidants found in watercress can fight free radicals and reduce inflammation. By reducing chronic inflammation, you reduce the risk of Alzheimer’s, asthma, heart disease, chronic pain, digestive disorders, diabetes, and even cancer.

But there are many ways that watercress helps to fight against cancer. Glucosinolates found in watercress can help inactivate harmful carcinogens, protect healthy cells against damage, and even prevent metastasis of the tumors.

Isothiocyanates, created when glucosinolates are chewed, have been shown in studies to prevent breast, prostate, skin, colon, and lung cancers. Another compound found in watercress, diindolylmethane, has been shown to not only protect against cancer, but also protect healthy cells against toxic cancer treatments.

Harsh treatments like chemotherapy and radiation can destroy healthy cells along with cancerous ones, leaving the body depleted and vulnerable to secondary diseases. One study found that diindolylmethane greatly reduces this collateral damage by protecting healthy cells against ionizing radiation.

Finally, watercress helps to improve the body’s natural detoxification pathways. The human body has many God-given mechanisms for purging harmful toxins. But in today’s ultra-toxic world, the load is often too much for the body to handle on its own. Watercress can give the body that extra boost to clear harmful toxins before they do serious damage.

Watercress is rich in hydration and promote healthy alkaline levels. Both of these are important for detoxification. Watercress juice helps to stimulate enzymes that clear the liver – one of the bodies most important detoxifying organs.

Additionally, watercress increases diuresis, or increased urine production. This is a powerful and natural way to help move toxins out of the body. Its high water content also helps support gallbladder function, another important cog in the body’s detox machine.

It’s clear that watercress is one of the most nutritious foods on the planet. Packed with nutrients, it can prevent a number of diseases like cancer, reduce chronic inflammation, and help to detoxify your body. But for many of us, watercress is a foreign veggie. So I’ve put together 3 awesome (& simple!) recipes that you can make at home to help get all of the natural goodness that this amazing plant offers!

#1. Apple and Watercress Bites with a Cashew Spread Recipe

Print
Apple and Watercress Bites with a Cashew Spread 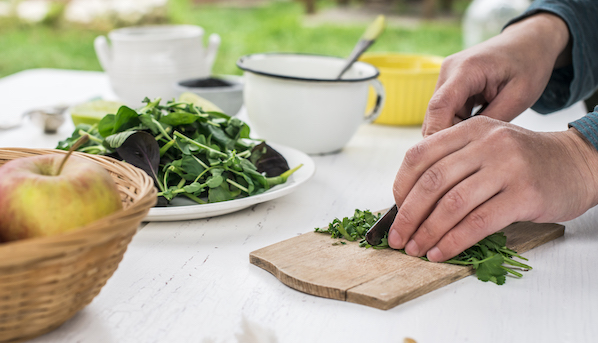 #2. Get my Hearty Bone Broth and Watercress Soup recipe HERE>>

←
Previous
In Orwellian Dystopia, Is the Internet Surfing You?
→
Next
Communities Worldwide Move to Ban Glyphosate for Good