You are here: Home / Cancer Prevention / Can Your Thoughts KILL Cancer? (video) 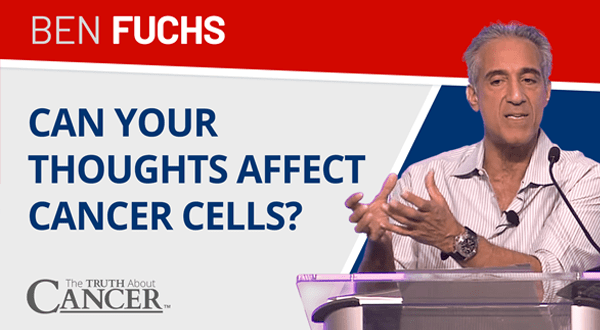 Ty Bollinger: There’s a lot of misunderstanding and fear surrounding skin cancer. In this video, with the incredible Ben Fuchs, you’ll discover the three types of cancer and the cause of long-term, chronic disease.

Charlene Bollinger: According to Ben, when we really understand what’s going on with the cell, we won’t need the medical model.

And then there is the worst cancer of all, which of course you guys probably know, and that’s melanoma.

Despite all of the awareness and all of the so-called precautions that we take and all of the sunscreens that we use, cancer rates are still rising. So clearly there’s a misunderstanding what’s going on with it and how we deal with skin cancer.

In order to understand skin cancer, there’s three major points that we have to work with. Number one is the skin; we have to understand the skin, and the skin is a very misleading organ. I’m speaking to you now as somebody who’s made a lot of money selling skincare products, only topical products. There is a lot of misunderstanding about the skin.

And I see a lot of women in this room. You guys are being taken advantage of like you have no idea with so-called skin care products. Another story, go on YouTube, check out my skin videos. We don’t have time to talk about that now. But I just want to say that if we don’t understand the skin, we’re not going to be able to understand how to deal with skin cancer.

Second point that we have to address if we’re going to understand skin cancer is cancer. What exactly is cancer? How come, like with skin cancer, how come we have all of this awareness and all of these oncologists and all of these strategies yet cancer rates are still going through the roof? It’s still the second leading cause of death.

You see a cell is like a little being. It’s a little conscious entity. If you take a cell out of your gum or out your mouth and you put it in a little petri dish and then you go into another room and you think a lousy thought that cell will change.

Cleve Backster actually tested cells by putting lie detector electrodes on the cell and then having people do all kinds of things. To think about the cell, or think of bad thoughts or good thoughts, and literally the cell would change. And that’s a cell in a petri dish, you can imagine what the impact of thoughts and feelings and environmental stresses would have on the cell in our body.

Cells are little conscious beings and they respond. This is the key to understanding the nature of a cell – it’s intelligent, it is responsive, for better or worse. For better if you do good things you’re going to have a good healthy cell, if you do lousy things you’re going to have a lousy cell. Now if you go to the World Health Organization’s website, you’ll see 12,800 different disease classifications. But if you understand the cellular nature of disease, immediately those 12,800 disease categories become irrelevant because at the level of the cell there aren’t 12,800 different things that can go wrong.

#1. Starvation. A cell can be starved, at which point it will no longer be able to process energy correctly.

#2. Suffocation. A cell can be robbed of oxygen, again, leading to a difficult time for the cell to work with energy, to produce energy.

#3. A cell can become toxic. And sugar counts as a toxin after you have a certain level of sugar. 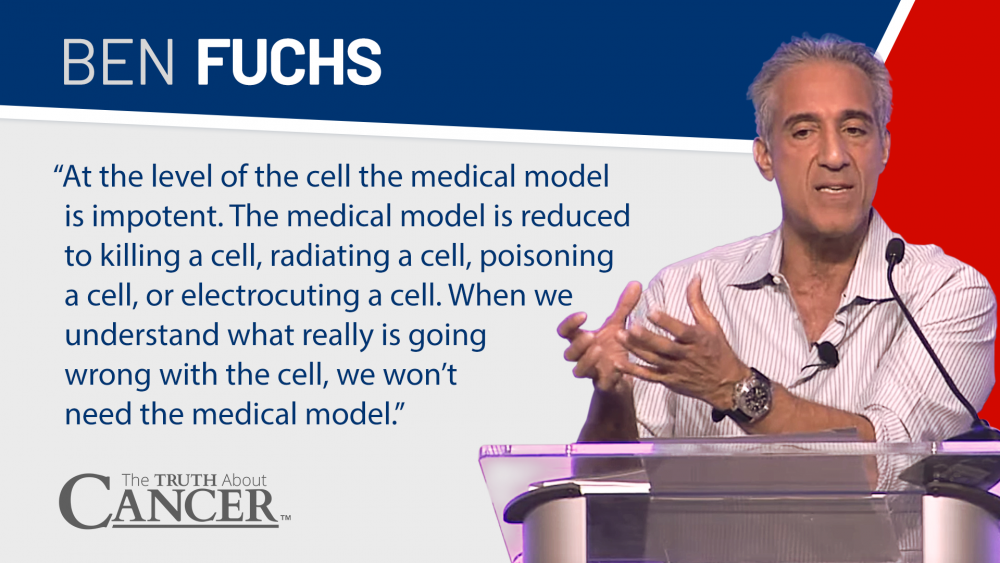 So, you’ve got starvation, suffocation, and toxification. These are the only three things that can go wrong with a cell. It can be starved, robbed of nutrients, it could be suffocated, robbed of oxygen, and it can become toxic. And sugar counts as a toxin and, ironically, prescription drugs and all drugs count as toxins.

So, the very treatments that we prescribe, and that we deify almost, that we honor in the medical model, are cytotoxic. They kill the cell, which is maybe going to hide your symptom or change your test score but it isn’t going to do anything good for the cell, which is the core of life or the beginning of life.

And when a cell dies, eventually its contents start to secrete or they get exploded all over the tissues, all over the areas, and the body will protect itself from those cellular toxins. It protects itself by building a wall around those cellular toxins. Does anybody know what that wall is called? It’s called inflammation. Now we all know about inflammation. When we get a black eye or we get a broken leg or we sprain our ankle, that’s called macro inflammation. But there is a microscopic cellular version of that inflammatory process, and because it’s microscopic we don’t even think about it, we don’t even know it’s occurring.

If you understand what I just said, you could leave now, and if you’re healthcare professional you can address any healthcare challenge without a magical protocol, without a magical formula, simply by feeding the system, that’s where the nutrients come in, oxygenating the system. There’s several ways to do that, deep breathing obviously is one of the best, and then eliminating toxicity, and that includes sugar.

Now when a cell breaks down, remember cells are little conscious beings and they do things—when a cell breaks down, it doesn’t do things. What is the cell’s job? What is it supposed to do? Largely, a cell’s job is to make stuff. A cell is a little extrusion machine. Do you guys remember those Play-Doh things where you put a little Play-Doh in the top and you squeeze it and out comes out a little whatever, star thing or some kind of thread? That’s called extrusion.

He noticed that all cancer cells have one thing in common. They have a problem with deriving energy from oxygen and they become sugar burners, and this is the primary cause of cancer, respiratory dysfunction.

Ty Bollinger: Wow, that’s some great information from Pharamacist Ben, our good friend. We hope you learned a lot from this video.

Charlene Bollinger: And if you did, we just ask that you share this on your social media and let your friends and family know about The Truth About Cancer. Thanks for joining and God bless!

←
Previous
Superfood Nutrition: How to Give Your Body What It’s Missing
→
Next
Immune System Takes Center Stage as Faith in Chemotherapy Dwindles 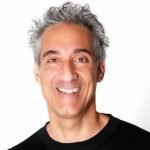 Ben Fuchs is a registered pharmacist, consulting nutritionist, and cosmetic chemist. He has been compounding custom medication, formulating nutritional products, and consulting with doctors and patients since graduating from the University of Colorado School of Pharmacy in 1986. "Pharmacist Ben" is also the host of The Bright Side, a nationally syndicated radio program.