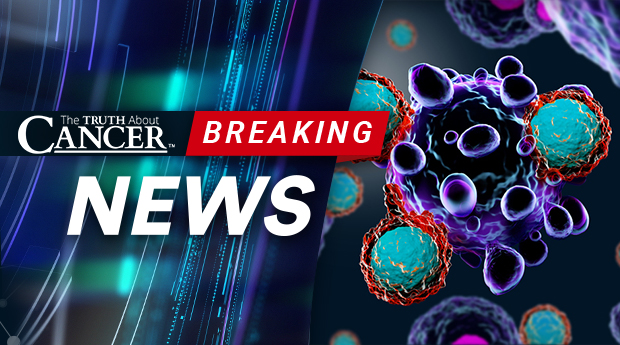 For decades, conventional medicine has used toxic chemical warfare against cancer. Patients are faced with the punishing effects of the disease itself as well as the brutal side effects of the treatments.

Chemotherapy, the most widely used cancer treatment in the developed world, often causes a host of devastating reactions in the body – including new cancers.

But there is a notable shift in the way doctors are approaching cancer treatment, with a primary focus on the immune system.

At a 3-day conference in Colorado last weekend, healthcare leaders from across the globe gathered to discuss the biggest issues facing patients today. With over 175 speakers and panels, there was one clear message that stole the show:

Chemotherapy is toxic, and the immune system is our best bet in the fight against cancer.

Can a Weakened Immune System Cause Cancer?

Professor of Immunology Daniel Davis delivered a lecture lauding the benefits of the immune system in fighting chronic disease. Unlike chronic inflammation, he explained, acute inflammatory response allows the body to defend against microbial invaders, cancer-causing cells, and environmental toxins, and helps heal injuries and infections. He elaborated:

Our own body’s remedy, the immune system, is far more powerful than any medicine we have devised.”

Author of The Beautiful Cure, Professor Davis described how the body’s immune system is the most powerful weapon we have against disease. However, it can be damaged by things like environmental toxins, stress, and poor diet. If we can find ways to harness and support the power of the immune system, he believes it can be far more effective than any medicine.

And professor Davis was not alone.

The following morning featured a panel discussing the role of immunotherapy in cancer treatment. Experts in the fields of cancer and immunology described the harmful effects of chemotherapy and other toxic treatments as “a brutal and all-too-often unsuccessful way to treat cancer.”

Elizabeth Wayne, a professor of biological and chemical engineering at Carnegie Mellon and TED fellow, was a breath of fresh air:

A lot of our drugs are warfare drugs that we’re just hoping people don’t die from afterward. It’s always fascinating to me that one of the first drugs we went to was mustard gas.”

As an oncologist, I just couldn’t accept chemotherapy toxicity. We have an immune system that’s been shaped for millennia to fight against damage, and I thought that we should be able to use it to fight against cancer cells.”

And they’re absolutely right. Chemotherapy drugs were originally derived from the mustard gas used in the First World War. Rather than supporting the immune system, chemotherapy destroys it, leaving patients susceptible to infections, chronic pain and nausea, and even secondary cancers! Chemotherapy is a “scorched earth” approach to defeating cancer; doctors are simply gambling that your body can survive longer than the cancer.

Sadly, this is often not the case. Many cancer patients die as a result of the treatments, rather than the disease itself.

Fortunately, the recent health conference is not the only beacon of hope when it comes to cancer treatment. A recent study published in Frontiers in Immunology showed that most cancers can be destroyed by the patient’s own immune cells. The research focused on a molecule called L-selectin, which was able to dramatically increase the ability of T-cells to fight cancer.

How Does Immunotherapy Work?

The most common immunotherapies in use today are called checkpoint inhibitors. T-cells are a type of white blood cell that identify and destroy damaged, infected, and cancerous cells in the body. However, they have a fatal weakness – they carry molecules inside them called immune checkpoints, which the immune system uses to shut the T-cells down when they don’t need them.

Cancer cells have the ability to activate these checkpoints, effectively stopping the T-cells in their tracks. But immunotherapies called “checkpoint inhibitors” take the proverbial brakes off of the immune system, allowing the T-cells to attack and destroy the cancer. The new research found that immunotherapy can useful for treating a much wider array of cancers than was previously thought.

This growing movement to harness the power of the immune system is a step in the right direction. James Allison, who won the Nobel Prize last year for his research on immunotherapy, recently appeared on the podcast “Point of Discovery,” hosted by University of Texas at Austin’s College of Natural Sciences. What he shared was fascinating.

He described how skeptical the medical community was to using immunotherapy at first, believing it could never work. But his research, along with fellow Nobel Laureate Tasuku Honjo, quickly proved them wrong.

Sure enough, we injected this antibody… which blocks the breaks, and we saw tumors just melt away. In almost every tumor that we did… we found almost no tumors we couldn’t cure in mice.”

He described a patient with advanced melanoma who was about to transition to hospice care. After her first immunotherapy treatment, her tumors “vanished.” 18 years later, she is still healthy. Perhaps the most famous patient to benefit from immunotherapy is former U.S. President Jimmy Carter.

After his skin cancer metastasized to his brain and liver, the outlook was dire. Patients with this type of cancer generally survive less than a year. But Mr. Carter is healthy and completely cancer-free nearly four years later, a powerful endorsement for the immune system.

There are plenty of things to be concerned about when it comes to conventional cancer treatment – but the tides are turning. More and more doctors are recognizing the lunacy of using toxic chemicals to treat disease. They’re instead turning to our God-given, natural defenses for answers. It seems these promising results are just the tip of the iceberg.

←
Previous
Can Your Thoughts KILL Cancer? (video)
→
Next
17 Essential Facts About Cancer