You are here: Home / Cancer Prevention / The Little-Known Connection between Diabetes and Breast Cancer 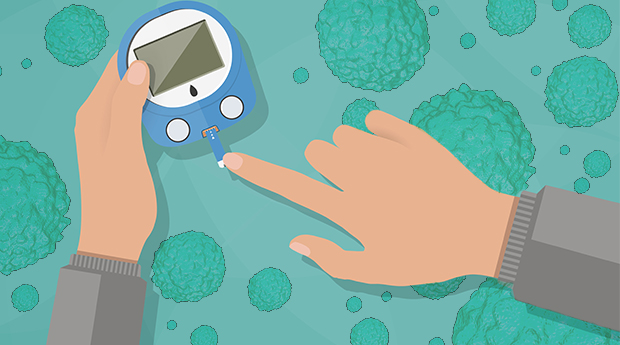 Diabetes, especially lifestyle and diet-related Type 2 Diabetes, has reached epidemic proportions in the United States. And sadly not just for adults, but for children and teens as well. This is not breaking news.

Still, the statistics can be scary. Close to 10% of the U.S population have been diagnosed with the disease and an estimated additional 8.1 million Americans went undiagnosed in 2014, according to the Centers for Disease Control. This includes close to 4,000 new cases of Childhood Type 2 Diabetes each year (something that was unheard of just 15 years ago). And these statistics do not even include the 40% of Americans who, according to the CDC, may be deemed pre-diabetic.

The Connection Between Diabetes and Cancer Is Real

A study of close to one million people registered with the national Diabetes Service Scheme (NDSS) in Australia who were diagnosed between the years 1997 to 2008 discovered that there were high correlations was between Type 2 Diabetes and cancer. Specifically, these include pancreatic, liver, endometrium, kidney, thyroid and gallbladder cancer as well as certain kinds of leukemia. A 2014 report by the World Journal of Diabetes found that high correlation also existed between Type 2 Diabetes and breast cancer as well.

Increasing rates of both diabetes and cancer over the last decade has led scientists to try to determine the specific chemical and biological connections between the two diseases. For years, conventional wisdom stated that obesity was the common cause. Now more evidence points to factors related to insulin instead.

There are a few connections between insulin levels and cancer. First of all, studies have shown that tumors have a high number of insulin receptors. This makes sense since cancer loves sugar. In fact, sugar is often called “white death” since it and its toxic byproducts are cancer’s main source of fuel.

The other connection has to do with a little-known protein whose structure is similar to insulin called Insulin-Like Growth Factor 1 (IGF-1). IGF-1 is produced by the liver as a hormone; its main job is to promote cell growth. IGF-1 is essential for the developing bodies of children but becomes problematic for adults. IGF-1 can cause cancerous cells to become “immortal” and, as we shall see below, the causal factors for its overgrowth are exactly the same as that for diabetes.

Finally, there is a connection between insulin levels themselves and breast cancer. One of the largest studies to make this connection was a joint effort conducted by the Cancer Prevention Research Unit at McGill University in Montreal, Canada, the University of Massachusetts Medical School, and the University of Colorado, School of Medicine.

There is no doubt that insulin imbalance, high amounts of IGF-1, and breast cancer risk are intricately linked. What is the common factor between all three? You guessed it: lifestyle and diet. This is good news if you are diabetic or are suffering from a pre-diabetic condition because it means there is something you can do about your condition and your cancer risk NOW:

If you are an adult 45 years or older, high levels of IGF-1 caused by eating the Standard American Diet (SAD) will eventually lead to diabetes. It will also lower your immune system function and raise your risk of breast cancer, breast cancer recurrence, and other cancers as well. Research has proven that this is the case whether or not you are obese.

Here is the tragic news… cancer patients who also have diabetes have higher cancer mortality rates. The GREAT news is… this is a situation that you can do something about NOW. Change the way you eat to a healthy breast diet and see the results in improvement for your diabetes as well as in a lower risk of cancer. 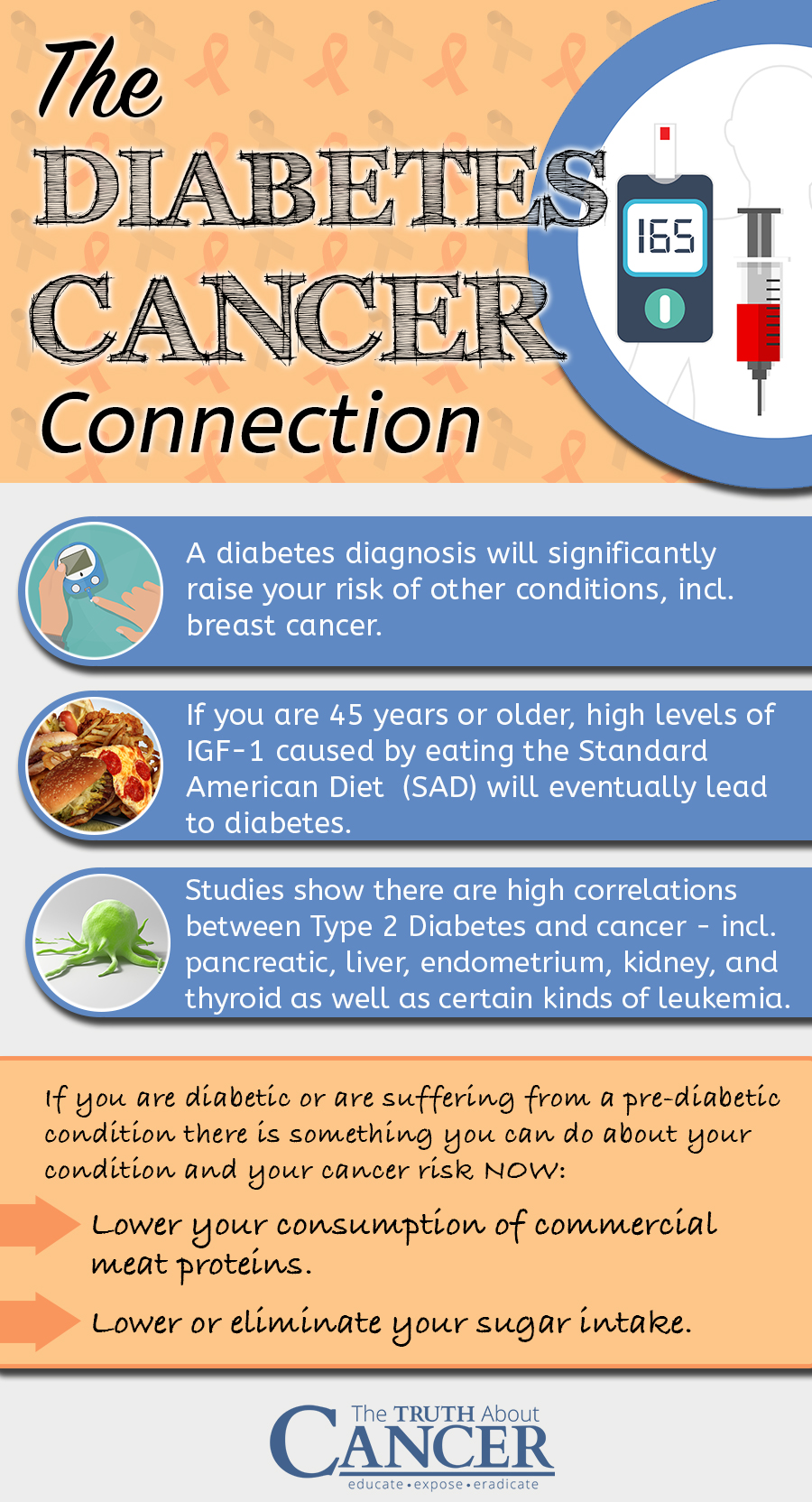 Please help bring more awareness about the diabetes and cancer connection (and steps to take now) by sharing this article with your friends and family below.

←
Previous
10 Cancer Causing Toxins You Need to Avoid
→
Next
Are There Hidden Carcinogens in Applegate “Natural and Organic” Meats?