Ty Bollinger: Question for you… you mentioned aspartame.

Ty Bollinger: And you mentioned it in the same sentence as you mentioned the chemicals. So is aspartame a chemical? Is that what you’re saying?

Dr. David Jockers: Oh absolutely. Aspartame is a very toxic chemical. When it’s metabolized it breaks down into things like wood alcohol, formaldehyde; aspartate itself is an excytotoxin in the brain. So it is a chemical derivative. In fact, I don’t know the whole story, but I heard it was actually developed as a military weapon. I’m not the expert on that, but that’s what I heard. However, it just really has delirious effects on the body. It’s been linked to several different forms of cancer. And it’s definitely something we want to avoid.

Ty Bollinger: Your anticancer diet you get people on… you would prefer if they want to sweeten their food or to sweeten their drink or something, just because something’s a low calorie sweetener is what you’re saying it doesn’t mean that it’s bad?

Ty Bollinger: There are good ones and there are bad ones. And so the good ones you mentioned, stevia, which is an herb which is actually a hundred times sweeter than sugar.

Dr. David Jockers: Exactly! So we want to avoid aspartame, splenda, acefultame potassium, these really chemical sounding names and we want to use pure leaf stevia. As minimally processed form of stevia as possible. And perhaps xylitol.

Now we do want to avoid highly processed forms of stevia. There’s certain brands out there that combine stevia with things like GMO erythritol which is a sugar alcohol that comes from corn. And oftentimes there’s combinations where it’s a genetically modified form of corn to produce this erythritol. That would clearly be something we’d want to avoid.

[For] an anticancer diet, we definitely have got to avoid chemicals, GMO as much as possible because those things will just cause these inflammatory reactions that lead to cancer development in our body.

Ty Bollinger: Okay. So you mentioned highly processed… Would it be safe to say that if you go into the grocery store and you open up or you pick up a box and you’re reading the ingredients and it’s got 50 ingredients and you can’t pronounce 45 of them, then you’re probably going to be wanting to avoid something like that?

Dr. David Jockers: Absolutely! If something sounds like a chemical or if it was in a lab somewhere it probably was. So absolutely. We want to avoid that. We’re looking for whole food based sources. I mean when it comes to foods and supplements we want to be extremely—we want to be keen on what we’re putting into our body.

So for myself I don’t eat anything that I don’t know what the ingredients are that’s actually going into that. And if it’s not something that’s natural I’m going to avoid it.

Ty Bollinger: Good rule of thumb! If it ain’t natural, don’t eat it.

Dr. David Jockers: I can’t say that I developed that.

Dr. David Jockers: There’s a lot more smarter people than me that came up with that. But yeah, it’s a good slogan we should all have. 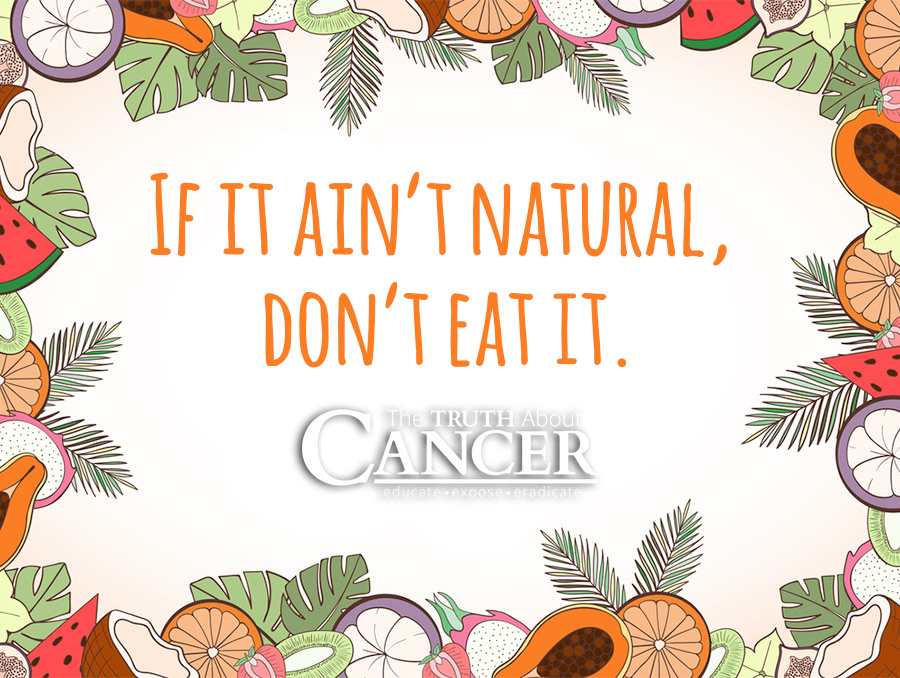 Editor’s Note: This article was initially published in August 2016 and has been updated in January 2023.

←
Previous
Do You Have Low Iodine? The Link Between Iodine Deficiency & Cancer
→
Next
31 Simple Ways to Detoxify Every Day