You are here: Home / Cancer Prevention / Is Your Body on Toxic Overload?: 4 Signs You Need to Detox 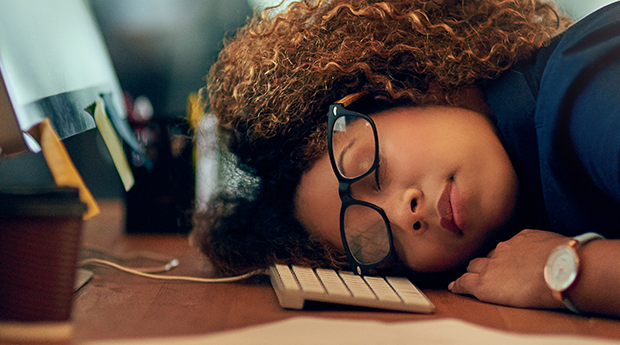 You have brain fog that is beginning to affect your work and personal relationships. You feel fatigued even though you got eight hours of sleep the night before. You’re embarrassed by pungent body odor and bad breath. What’s more, you can’t get your mind off that chocolate cake sitting in the break room at work, just calling to you to take a bite.

If you can relate to one (or perhaps all) of these symptoms, it may be a sign you need a detox.

It’s No Wonder We Need to Detox…

The body naturally detoxifies itself on an ongoing basis, day after day, 24 hours a day. The large intestine, the lymph system, the liver, the kidneys, the lungs, the skin — these organs are all designed to expel waste from the body in one way or another.

So, if we have so many mechanisms within us that do the detoxing for us, why do we need to do anything else to help these processes along?

It’s a good question. And the answer may have been a lot different 50 years ago, when the toxic burden on human beings wasn’t as great as it is today.

Unfortunately, we no longer live in the world of the 50s, 60s, or even the 1970s. Today, health-effecting toxins come in the air we breathe, in the water we drink, in the food we consume, in the products we put on our skin and hair, and in the way we live our stress-filled lives.

Here are just a few areas where we are bombarded with more toxins now than ever before:

Many people still believe that taking the time to detoxify the body is a luxury, like going to the spa or getting a pedicure. Unfortunately, this is also the view of many professionals in modern medicine as well.

“I didn’t learn about detox at medical school or residency,” admits Dr. Sara Gottfried, best-selling author and expert in detoxification and hormonal imbalance. She first learned about the importance of detoxification practices when she was studying yoga and the Ayurvedic principles of Panchakarma.

Many of the scientific discoveries that formed the foundation of our conventional medical system occurred over 100 years ago. A lot has happened since then, including an exponential rise in toxic risk.

But just because your traditional physician may not be up to speed on the need for regular detoxing doesn’t mean that you have to suffer through the symptoms of toxic buildup yourself!

4 Signs You Need to Detox

So how do you know when your toxic load has gone too far? The signs and symptoms are many, but here are some common ones to watch out for:

#1 – Brain Fog: Perhaps the most unknown yet most common indication that a detox is in order is cognitive impairment. This can be anything from simply not thinking clearly (also known as “brain fog”) to a lack of motivation that persists for more than a day or two to severe anxiety and/or depression.

Why would what we digest and what we do or do not expel from our body affect our brain? “The more we research neurotransmitters… the more we discover that most of them are manufactured in the digestive system and then transported to the brain to be used,” says Dr. Natasha Campbell-McBride, author of The GAPS Diet.

#2 – Fatigue: Besides cognitive effects, the other common warning side that you may have an overburdened detoxification system is fatigue, muscle aches, and joint pain. Again, this can be felt as anything from general malaise and lack of energy, to severe pain and even chronic fatigue syndrome-like symptoms. In fact, a 2013 joint investigation found that the presence of mycotoxins (stemming from water-based mold) was a factor in over 90% of chronic fatigue cases they studied.

#3 – Body Odor: Another not-so-pleasant side effect of toxic build-up (especially in the liver), is increased body odor, increased fecal odor, and bad breath. The main way that toxins get excreted from inside your body is through the bowels and through urination. When these pathways become “clogged” by too many toxins or they are not working properly for other reasons, your sweat (as well as your urine and feces) can take on an acidic smell.

Another indication that your liver may need a detox is a furry coating on the tongue, which can also be the cause of bad breath. Eating too much red meat can often leave bacterial residue in the gut which can then “ferment,” leading to bad breath, body odor, and extra pungent-smelling bowel movements as well.

#4 – Chemical Sensitivities: Chemical sensitivities are becoming increasingly common in our modern world, so much so that the National Institutes of Health have a word for it: multiple chemical sensitivity (MCS). The cause of MCS may be toxic build-up. This just makes sense since sensitivity to a chemical toxin may simply be your body’s way of saying “I’ve had enough.”

Auto exhaust, pesticides, tobacco smoke, synthetic perfumes, and other artificially-scented products are just a few of the categories that may contain harmful toxins. They are also the most common contaminants individuals have a sensitivity to (between 11 and 31% of Americans say some surveys). Remember that many manufacturers of products that contain fragrance, such as laundry detergents and hand soaps, do not need to list the majority of their chemical ingredients. If they did, you would find that many of these substances have not been tested for safety.

The Answer to Toxic Overload? Detoxification!

These, of course, are just the tip of the iceberg when it comes to the signs and symptoms of toxic overload. Others include:

The point is, when you are filled to the brim with dozens of potential toxins that your body just can’t handle, you don’t feel good. Period.

The good news is, once you begin on your “Detox Journey,” the amount of energy, vitality and good-feeling emotions you may feel (for some, on the very first day!) will get you hooked on this healthy habit for a lifetime! 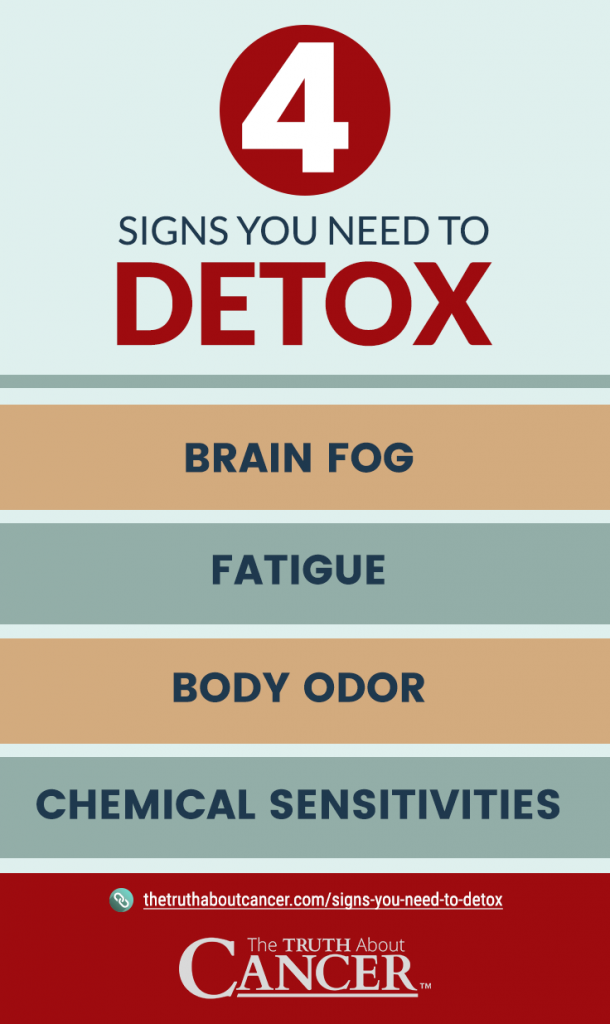 Want to learn how to detox? Check out these articles with some great tips to get started: