You are here: Home / Nutrition / Food & Drink / What Is The Best Water to Drink and Why? (video) 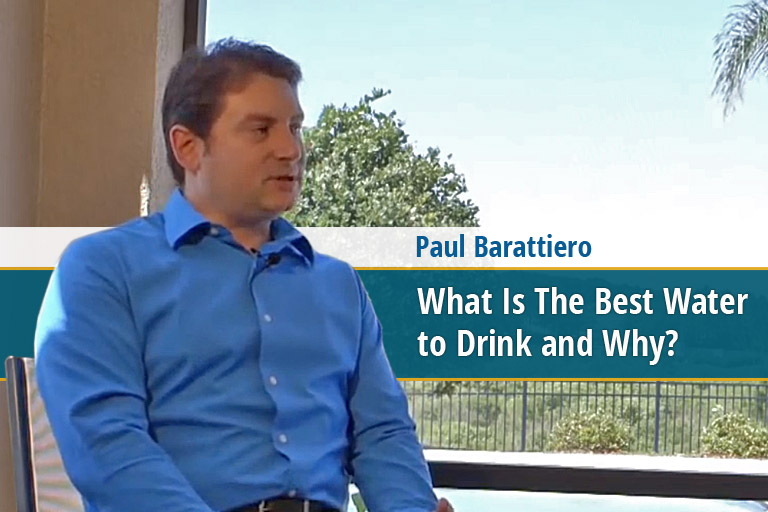 Video Transcript: What Is The Best Water to Drink and Why?


Ty Bollinger: So talk about structured water. What is that?

Paul Barattiero: Structured water is water that is mineral rich. We need water to have minerals. Not that we need the minerals in our body because the minerals that are contained in water are inorganic. They’re rock. They’re flowing off mountains, they’re flowing wherever, and they pick up minerals as they go throughout the earth’s surface or wherever they’re going.

They’re picking up mineral content and those minerals are inorganic.

It’s actually an oxidant and that’s great for killing bacteria and viruses, because you want to oxidize them or steal their ability to function. But when it comes to our body we don’t want to do that to us.

Therefore when you think of any structure, a house or what have you, it’s the foundation. It’s the support mechanism to hold up the rest of that.

Water needs to be structured. It needs that foundational electrical charge and the mineral content to support the way the water clusters are bonded and functioning together. And that’s what structured water is.

When we structure water properly it functions now the way it was intended to function. Instead of us making water that’s void of minerals and having a now positive electrical charge, it’s doing the opposite.

For natural mental clarity, balanced energy, immune defense, and so much more, the simplest solution is also the most effective.

Learn more about how molecular hydrogen can give your water the vital boost it needs.

←
Previous
Understanding Your Immune System and Cancer (video)
→
Next
What is the Connection Between Toxins and Cancer? (video)