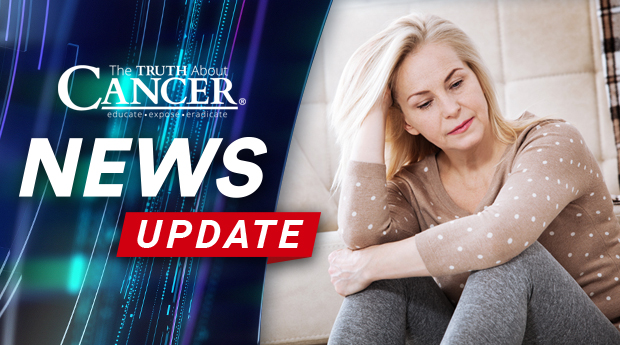 Chemo brain is a term used by cancer patients to describe a mental fog experienced during and after chemotherapy and radiation treatments. This fog could be more accurately described as a decline in cognitive function, executive function, memory, attention, and even motor skills. These negative effects can last long after conventional treatments are over, and have been known to cause depression, fatigue, and anxiety.

The study, published in the journal Cancer, evaluated 94 women who had been treated for breast cancer in the last 3-6 years. They evaluated not only the women’s cognitive function, but also biological markers linked to aging. They found significant damage to their DNA, especially telomeres.

Telomeres are located at the end of DNA strands and protect the chromosomes from fraying or connecting to other chromosomes. There’s also a significant connection between telomeres and cellular aging. As cells naturally divide, the telomeres become shorter, until the cells are no longer protected and die… This is what we call aging. The shorter your telomeres, the more aging your cells experience.

The research found that women who had been exposed to chemotherapy, radiation, or both had significantly more DNA damage and lower telomere activity. This shouldn’t come as much of a surprise given the way chemotherapy and radiation work.

These treatments are not guided missiles that home in on cancerous cells. They are catastrophic nuclear bombs that destroy everything in their blast radii. And since these drugs are designed to destroy cancer at a cellular level, it is inevitable that collateral damage to healthy cells will occur. And that collateral DNA damage leads to cellular aging.

It is precisely this cellular damage that results in chemo brain. According to the study:

The potential for long-term impact of radiation and chemotherapy on the health and quality of life for cancer survivors is of increasing concern… In particular, these treatments may have a lasting effect on the rate of aging in various tissues in the body.”

I recently published an article about healthy aging, in which we take a look at cellular senescence. Senescent cells are cells that have been damaged but fail to repair themselves or die. Healthy cells that become worn out or damaged are programmed to either repair themselves or commit suicide (called apoptosis). Senescent cells do neither, leading to congestion of the cellular pathways. This can lead to accelerated aging, memory loss, inflammation, and as we now know, chemo brain.

These findings are important because they provide further information about what might be happening after cancer treatment that impacts cognitive decline in some individuals.”

This is yet another example of the devastating effect traditional cancer treatments can have. Cancer is a complex disease that manifests in many different ways. And it begins at the cellular level. It often takes years for cancer to develop to where it can be detected. And yet once diagnosed, most doctors will tell you that you MUST begin treatment at once. Patients are pressured into immediately signing up for the “cut, burn, poison” methods of surgery, chemo, and radiation.

And why not, when doctors can profit from prescribing chemotherapy? In fact, those who choose alternative treatment – or choose to wait until they’ve done more research – are often pressured by friends and family to start chemo right away. And it’s scary.

The truth is that chemo is toxic, even at low doses. The American Cancer Society has identified chemotherapy and radiation as carcinogens that can increase your risk of developing a secondary cancer. And the risk is even higher when receiving both therapies. There’s plenty of evidence that chemotherapy can actually cause cancer. And that’s only one of the side effects.

In addition to the cognitive impairment discovered in the study, chemo and radiation can cause nausea, dehydration, anemia, infertility, and osteoporosis. Perhaps worse than these is the detrimental effect they can have on the immune system. The immune system is the body’s natural defense against disease of all kinds. But rather than supporting the immune system, these drugs actually destroy the immune system, leaving the body susceptible to a myriad of chronic diseases as a result.

At TTAC, we encourage everyone to get the facts before deciding on treatment. If you’ve been diagnosed with cancer, here are some resources that we hope will help.

←
Previous
How to Resist Chemotherapy: A Step of Faith (Part 2)
→
Next
What is Cancer? PLUS Natural Cancer Treatments Explained (video)