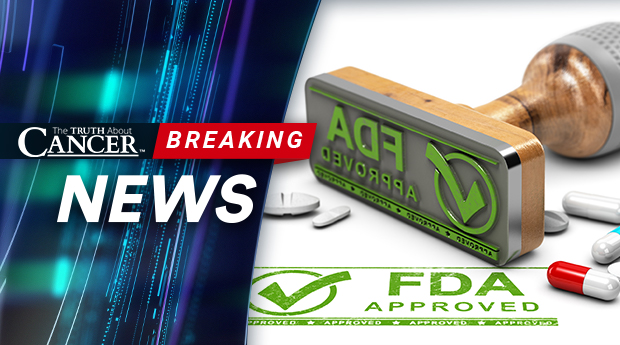 Over the last 5 years, the FDA has approved nearly 150 new anticancer drugs. And although this may seem like good news, cancer patients may want to hold their applause. As it turns out, a significant portion of these approvals – nearly 1 in 5 – were based on clinical trials that don’t prove the effectiveness of the drugs.

A study published last month in JAMA Oncology evaluated 143 cancer drugs approved by the FDA between 2013 and 2018.

Analysts found that 17% used “suboptimal control arms” and show no benefit over standard therapies. In other words, many anticancer drugs approved by the FDA haven’t shown any real benefit to patients.

Most drugs seeking FDA approval undergo something called randomized clinical trials to prove their efficacy. This means that participants are separated randomly into different groups to compare the effects of different drugs.

In a randomized clinical trial, the group that does not receive the experimental treatment is called the control arm. The control arm may receive no treatment, a placebo, or the accepted standard of care.

But what happens when new drugs are tested against inferior therapies? Or therapies that are rarely used? This is called a “suboptimal” control arm, and it essentially nullifies any findings of the study. When the control arm is suboptimal, there is no scientific evidence that the new drug offers any benefit over the standard-of-care.

What this means is that the FDA is regularly approving new anticancer drugs that may not be any better than the standard drugs already in use. But whenever a new drug is approved, company stock goes up and people get paid. And as long as the new drug outperforms the control arm, it’s off to market.

Here’s a list of anticancer drugs approved by the FDA based on suboptimal control arms since 2013:

Cancer patients deserve better, and companies should not be allowed to set their own parameters for success. According to the study’s lead author, Talal Hilal:

The take-home message from our analyses is that FDA approval doesn’t automatically make a new drug better than treatments doctors are currently using… People being treated for cancer must often withstand physical and financial toxicity. It is only right that any new treatments offered to them must have been proven to be better than what is already available.”

Hilal suggests that the FDA set clear standards for acceptable control arms to ensure better outcomes for patients, but we’ve seen how hard it can be to get the FDA to regulate an industry that pays them so handsomely. In fact, we discussed the way that pharmaceutical companies influence FDA approval decisions not long ago.

Johnson & Johnson, the latest company on trial for fueling the opioid crisis, recently won a timely approval for their cancer drug Balversa. [Editor’s note: get the latest on the J&J trial here.] Here’s how big pharma makes sure their drugs get approved:

When a new therapy is up for FDA approval, advisory committees are formed to review the new drug and vote on whether or not it should be approved. The FDA always follows these recommendations.

But a look into the financials of these committee members paints a more sinister picture. Physicians who sit on these advisory boards nearly always end up taking money from the companies relying on their votes. These bribes are not well-masked, showing up as consulting fees, travel compensation, or research grants.

An analysis of pharma payments to 107 physicians who advised FDA on 28 drugs approved from 2008 to 2014 found that a majority later got money for travel or consulting, or received research subsidies from the makers of the drugs on which they voted or from competing firms.”

And the problem extends beyond anticancer drugs. One of our fundamental issues with clinical studies for new vaccines is that the control arms are usually other vaccines that have been proven unsafe or ineffective. The current standard for measles is the MMR vaccine, which boasts side effects that include measles, all the symptoms of measles, and death.

As long as new vaccines are tested against confirmed dangerous ones, they continue to arrive at what appear to be positive outcomes. Without an appropriate control group, there is virtually no evidence that any of these drugs or vaccines are safe or effective. That’s why safety advocates routinely call for double-blind, placebo-controlled studies.

In a placebo-controlled study, new drugs and therapies are tested against a placebo, so that there can be no question whether or not the treatment is safe and effective. But big pharma will tell you that not treating patients with their drugs or vaccines is unethical, and so we are stuck in a backwards world where we’re testing dangerous drugs against even more dangerous drugs.

A cancer diagnosis can be frightening, but it is NOT a death sentence. We believe that each and every person should make their own choices on what treatment is best for them. Our goal at TTAC is to make sure that you have all of the information that the pharmaceutical industry doesn’t want you to know.

When it comes to cancer treatment, it turns out that the latest miracle drug may be nothing more than a pipe dream.