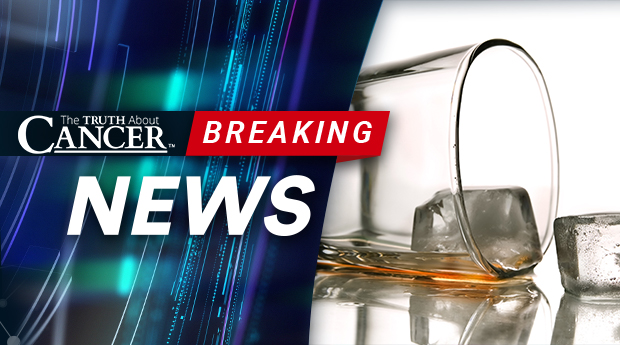 We all know that alcohol – especially in excess – can be harmful to our health, relationships, and decision-making. But according to a new study published last week, alcohol can cause secondhand harm as well. But unlike secondhand harm from smoking, it’s not the alcohol doing the damage – it’s the people drinking it.

Secondhand harm from someone else’s drinking can include many things, like property damage, harassment, assault, and financial troubles. According to the study, the societal costs of alcohol are estimated to be twice those incurred by drinkers to themselves.

Here’s how the study worked:

Researchers evaluated 8,750 participants and tracked data for a 12-month period. In just a year’s time, more than 1 in 4 women (21%) and nearly 1 in 5 men (23%) had experienced secondhand harm from alcohol. This means that approximately 53 million adults in the United States will experience some kind of harm each year.

To be clear, the choice to consume alcohol belongs to each individual. And while there may not be much harm in the occasional libation, the health risks of heavy drinking are serious.

According to multiple studies, alcohol consumption has been conclusively shown to be a direct cause of at least seven types of cancer.

The U.S. Department of Health and Human Services has even declared alcohol consumption as a “known carcinogen.” The risk of cancer and other major health issues increases with consumption, so the more you drink, the more cancer risk you face.

Additionally, many alcoholic beverages are high in sugars, carbs, and processed chemicals. These ingredients aren’t part of a healthy diet. Cancer cells feed on sugar, so heavy consumption is not recommended. Too much alcohol can also put a massive burden on your body’s detoxification pathways.

A recent study found that glyphosate, the world’s most-used herbicide, had made its way into 95% of all beer and wine. Bayer, the world’s leading producer of glyphosate-based products, is currently facing thousands of lawsuits claiming that glyphosate causes cancer. The first 3 cases to go to trial have already resulted in billions of dollars in punitive damages.

How Heavy Drinking Hurts Others

Heavy drinkers are statistically more likely to make bad decisions. Drinking to excess (defined in the study as 5 or more drinks at a time for men and 4 or more drinks at a time for women) severely inhibits brain function. Inhibition is lowered, reaction time is slowed, motor functions are impaired, and decision-making suffers. And while it may seem that the drinkers pay the price, it turns out that others are far more likely to be impacted.

It’s important to understand the secondhand impact of alcohol abuse because its effects are so wide-reaching. Katherine Karriker-Jaffe, the study’s author, explains:

One thing to think about with the 1 in 5 number is that it is only limited to a snapshot in time of about a year. So, probably more people have actually been harmed by someone else’s drinking at other times in their life,” she said. “Heavy drinkers should be aware of how they might be impacting the lives of people around them; [that knowledge] may change the norms about what’s considered acceptable.”

According to the data, the people most likely to experience secondhand harm from alcohol were younger than 25, black, divorced, widowed or separated, or drank heavily themselves. And when it comes to risk of secondhand harm, the victim’s own drinking made a huge difference.

While the mechanisms behind these statistics require further study, it’s clear that heavy drinkers are far more likely to suffer secondhand harm from others. This suggests that moderating your own drinking may be an effective way to minimize your risk of secondhand harm.

The effects of secondhand drinking are widespread. They affect every facet of our society – more than 5% of deaths worldwide are caused by alcohol. According to Dr. Sven Andreasson of the Karolinska Institute in Sweden:

Alcohol generates health problems on a massive scale. What is striking about alcohol is its global toxic impact: on virtually all organs of the body as well as on most sectors of society. Health, education, transportation, agriculture, trade and so on – all need to address the impact of alcohol.”

Dr. Antoine Douaihy, a professor of psychiatry and medicine at the University of Pittsburgh School of Medicine, says the problem requires attention.

Everyone is consumed by the opioid crisis and there is a tendency to ignore the huge problems we have with alcohol. In the United States, there’s a huge need to reduce that burden. And while it’s important to address the opioid crisis, let’s not forget about the burden of alcohol.”

Dr. Timothy Naimi of Boston Medical Center says that we need to find a balance between freedom to drink and the collateral and societal problems that are faced due to alcohol abuse.

The freedom to drink alcohol must be counterbalanced by the freedom from being affected by others’ drinking in ways manifested as homicide, alcohol-related sexual assault, car crashes, domestic abuse, lost household wages and child neglect.”

One thing we can all take away from the study is that our choices often impact those around us. It’s easy to call for accountability and reform from corporate entities and retail giants, but it can be much more difficult to take a look inward.

Bayer/Monsanto’s lies and greed have poisoned our planet with cancerous chemicals, perhaps irreparably. Companies like Johnson & Johnson, Purdue, and Insys have directly contributed to an opioid crisis claiming over 70,000 lives a year in the U.S. alone. And over 50 million Americans are harmed because of someone else’s drinking every year.

Change begins within. We cannot combat the evils of this world without first evaluating our own impact. Are my habits causing harm to others? Are yours?

←
Previous
[QUIZ] How Much Do You Know About Anti-Cancer Diets?
→
Next
Revolving Door Continues to Turn as Former FDA Head Joins Pfizer