You are here: Home / Cancer Causes / What Causes Cancer and What Is it Really? 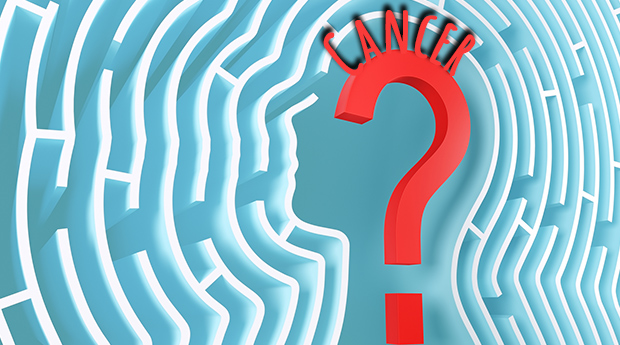 Through the ages, many have attempted to explain both what cancer is and what causes cancer.

Explanations that are frequently given for what cancer is or is caused by include:

While virtually all of those things may indeed contribute to cancer, none of them accurately describe what cancer actually is or what the primary cause of cancer is.

The True Primary Cause of Cancer

In order to understand what cancer is and what causes cancer, you must first recognize that cancer is largely a disease created by man. With the possible exception of stress and unresolved emotional conflicts, virtually every proposed cause of cancer has been around for thousands of years.

Viruses, funguses, bacteria, parasites… you name it and they have always been present. In many instances they were more prevalent in times past when there was a much lower incidence of cancer. I will grant you that life is more hectic in today’s developed world than it was in simpler times. However, I think that there was nevertheless considerable stress and emotional burdens during the past too.

So what is it that has changed from the time when the rate of cancer was almost non-existent to where it has grown at a steep and largely steady rate? And notably to the point that today one in every two men and one in every three women are expected to encounter cancer in their lifetime?

Some might point to the fact that our lifespans have gotten ever longer (at least until very recently), and certainly cancer strikes at increasing rates as we age. However, that doesn’t explain why cancer has increased across all age groups.

The ONLY answer that can explain the rise of cancer which correlates precisely with the increased incidence of cancer is toxins. This is especially so if you consider the various forms of radiation to be toxins.

Granted that correlation does not always equal causation, but it does more often than not, and in the instance of cancer it is simply the only thing that makes sense.

Certainly there are other contributing factors such as cancer-causing foods in our standard Western diet, but there is simply no other sensible explanation. And frankly I have a very difficult time seeing how anybody who looks objectively at the facts could think differently. I can only suppose that they have not taken the time to take a thorough objective look. Or maybe they have wedded themselves to an idea, possibly for their own profit, to the point that they refuse to consider more logical alternatives. 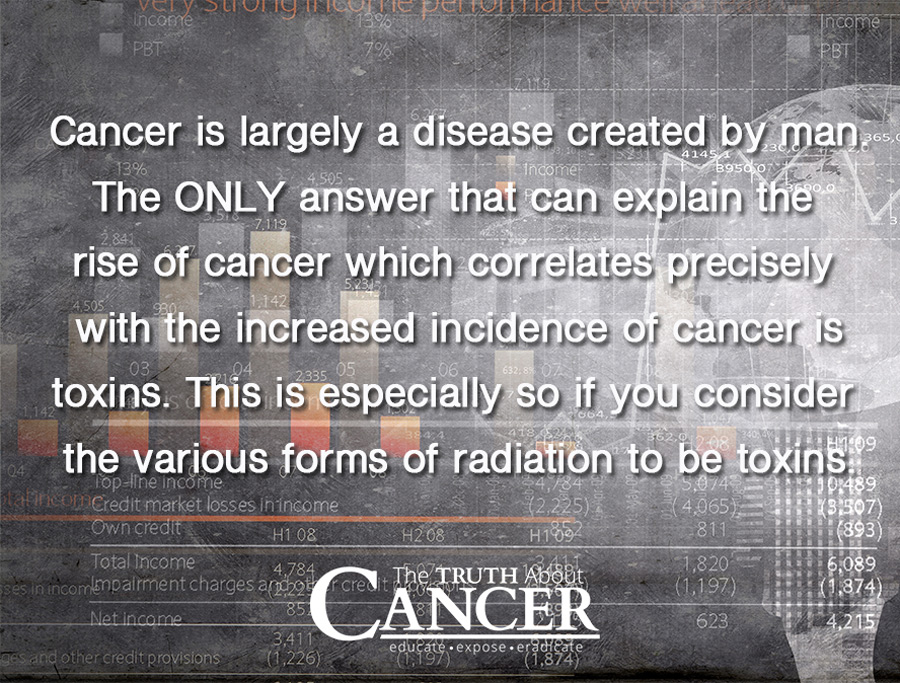 Otto Warburg won a Nobel Prize for discovering that cancer cells typically had low levels of oxygen. His discovery has been misreported far and wide as being a discovery that low oxygen causes cancer. Sometimes it is reported that he found that acidic pH also caused cancer, an idea which also has plenty of proponents. Neither one is true, though the misrepresentation has helped sell no end of books, products, and services. All of this based in large part on the idea that you can beat cancer with oxygen or beat cancer by raising pH levels.

In less developed countries such as many of those in Africa, proposed cancer causes such as funguses, viruses, bacteria, and parasites are much more abundant than in the Western world. If any of those items were primary causes of cancer (as opposed to contributing causes), then the incidence of cancer should be greater. But it isn’t.

In fact, just the opposite is true and their cancer rates are much lower than ours. It is only when the “developed world’s” industry and diet are introduced that cancer rates begin to climb steeply − and the climb continues as more and more Western industry and Western diets are introduced. Once again, the only thing which explains that is toxins.

As the late, great French scientist Antoine Bechamp told us almost 150 years ago… cancer and most other illness is caused by a combination of toxins and poor cellular terrain. Poor cellular terrain can be described as cells which have not been properly nourished, hydrated, cleansed, and oxygenated.

What Cancer Actually Is

That brings us to what cancer really is. Cancer is a survival mechanism, as Andreas Moritz pointed out in his book Cancer is Not a Disease – It is a Survival Mechanism. Cells that are put under stress by exposure to toxins, inflammation, and cellular stress can cause changes in the cellular mitochondria. In this process RNA instructions change so that the cells under stress revert to a primitive form of ATP energy production (respiration) whereby the cells stop taking in oxygen and begin using glucose to produce energy.

The cells also refuse to die. They multiply, and create a protective layer which makes them harder to kill. Normally, when cells are taking in oxygen for respiration, oxidation from Reactive Oxygen Species (ROS) helps the cells undergo programmed cellular death via apoptosis or autophagy. When oxygen is no longer being taken in, such death does not occur.

Author’s Note: I have spent literally thousands of hours researching cancer, including mentoring by people I consider giants in the field. I certainly don’t know it all – far from it, and I am learning more every day. However, I do know enough to know that, though many things can contribute to cancer, toxins are indeed the primary cause. I am also pretty confident that I have a good idea about what cancer really is. As an example of not knowing it all and learning more every day, I still shake my head wryly when I think about how I pooh-poohed Andreas Moritz proposing that cancer was a defense mechanism when I first heard about it. But he was absolutely spot on. Ah, you live and you learn…or try to.  🙂

←
Previous
Discover Why Fulvic Acid is So Good for Your Gut, Brain & Skin
→
Next
17 Healing Uses of Geranium Essential Oil