You are here: Home / Cancer Causes / Lyme Disease and Cancer: Is There a Connection? 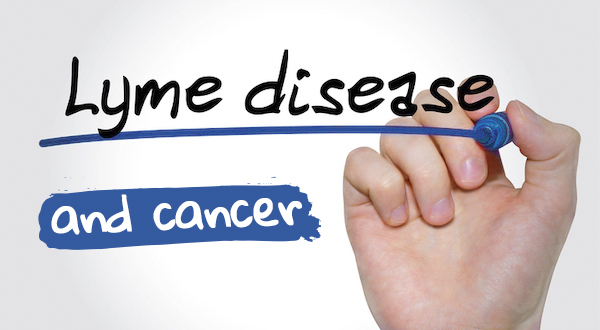 According to a groundbreaking article published by Dr. Dino Prato, Founder of the Envita Medical Center and his team titled “Cancer and Infectious Causes” in 2014, there is clear, reliable, scientific evidence to indicate that at least 25% of all infections lead to cancer.1, 2

In fact, Dr. Prato believes this number may be even higher, based on his own personal experiences of treating cancer patients for nearly two decades at Envita. It’s important to know what these infections are and how to treat them properly.

How Do Infections Promote Cancer Formation?

Most of us already know that some viral and bacterial infections can lead to cancer.  For instance, infection with the bacteria Helicobacter pylori can cause ulcers in the lining of our stomach or the upper part of our small intestine – and sometimes lead to stomach cancer.

You see, infections do three things that help cancer.1, 2 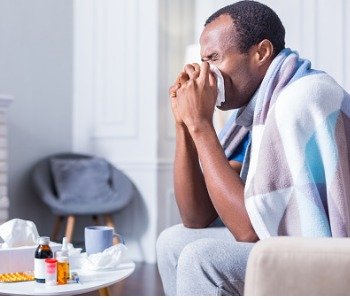 First, they weaken our immune system, increasing our body’s susceptibility to cancer. Second, they can cause dramatic changes (known as mutations) in the DNA inside our cells, causing protective cellular mechanisms such as programmed cell death, or apoptosis, to go haywire and pave the way for cancer cells to form and multiply.

Finally, infections are always accompanied by high levels of inflammation, which has been shown to help the growth and spread of cancer.

In other words, viral and bacterial infections promote cancer in multiple ways.

Therefore, treating any infections that are present, thereby reducing our body’s level of inflammation and restoring our immune system to its full capacity, is likely to be an effective method of cancer prevention as well as cancer treatment, ensuring longer remissions and a better quality of life for cancer patients.

According to Dr. Prato, a “surprisingly high number” of patients with late-stage cancer also test positive for Lyme disease and other co-infections.

What Do We Know About Lyme Disease?

Lyme disease is the most common tick-borne illness in North America and Europe. It is a multi-stage disease that causes symptoms ranging from rash, fever, chills, and body aches to joint swelling, weakness, and temporary paralysis.3, 4, 5

In the U.S., Lyme disease is caused by the bacteria known as Borrelia burgdorferi, which is very closely related to the bacteria that causes syphilis, and is transmitted mainly by deer ticks. In Europe and Asia, other Borrelia species cause Lyme.

According to the Centers for Disease Control and Prevention (CDC), Lyme disease is the fastest growing vector-borne infectious disease in the U.S. today, with an estimated incidence of upwards of 300,000 cases every year. 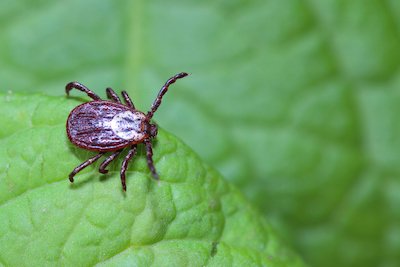 Although complete recovery is seen if patients with early-stage disease receive timely and suitable treatment, some patients keep having lingering symptoms long after the original infection has apparently been cleared.

In fact, some health experts feel that Lyme is a chronic and persistent disease for which the word “cure” is not realistic.5

The Curious – and Scary – Case of Dr. Neil Spector

According to Dr. Neil Spector, whose long-undiagnosed Lyme disease resulted in irreversible heart failure and ultimately required him to have a heart transplant surgery, Lyme disease is the infectious disease equivalent of cancer.7

Dr. Spector, an Associate Professor at Duke University School of Medicine and Director of Developmental Therapeutics at the Duke Cancer Institute, explains:

We don’t talk about cancer as just one disease anymore, and we should stop talking about Lyme this way. There are so many strains and co-infections. When you’re bitten by a tick, you can get five or ten different infections at the same time.”

There are other eerie similarities between Lyme disease and cancer, according to Dr. Spector. In fact, there have been several instances in which patients diagnosed with chronic Lyme disease turned out to have cancer instead.8

Just like cancer cells, B. burgdorferi has developed many sophisticated strategies to evade our immune system and resist antibiotic therapy. For instance, these bacteria change their shape just like cancer cells to protect themselves, become more mobile, more invasive, and so on.

B. burgdorferi bacteria also create so-called “biofilms”, which are considered to be resistant to antibiotics. Biofilms are colonies of microbes, mainly bacteria, which can form anywhere there is moisture and a surface – these include inner surfaces in our body.9

Biofilms can cause illness by damaging the surfaces to which they’re attached. Once a biofilm becomes large enough, it disperses, allowing its inhabitants to spread to other surfaces. Bacteria in our body are constantly trying to form new biofilms, and our immune system is constantly breaking them down.

Lyme and its co-infections severely depress our immune system, thereby allowing biofilms to also grow and spread unchecked. Additionally, B. burgdorferi grows very slowly, in present at very low levels in the body, can dig deep into our cartilage and brain tissue, and can live inside our cells. All of these properties enhance this bacteria’s resistance to antibiotics.

Last but not least, both cancer cells and B. burgdorferi thrive on sugar. Therefore, novel treatment strategies in which cancer patients are starved of carbs for several days and then given glucose substitutes that cancer cells cannot use, starving them to death, might also work against Lyme disease.

Coming back to Dr. Spector, his symptoms began with random, unexplained incidents of heart palpitations. Next, he experienced “brain fog” that lasted for 3 weeks, which went away spontaneously without any treatment. He also had an episode of severe arthritis, which again disappeared on its own after 24 hours.

During this time, his arrhythmias got worse and more complex. He also remembers being extremely fatigued, having burning in his heels, and night terrors.

Unfortunately, his experience is far from unique. Patients with chronic Lyme disease consistently report significantly lower health quality, more bad mental and physical health days, a significant symptom disease burden, and greater limitations on their activity levels and ability to work, relative even to patients with other chronic diseases.10

According to Dr. Prato, patients with Lyme disease are likely to be susceptible to cancer as it can directly or indirectly promote all three of the deadly mechanisms that help cancer formation and growth:1, 2

Lyme disease – and the many viral, fungal, parasitic, and bacterial infections that tend to be passed along with it by ticks – cause inflammation levels to rise in our body by releasing multiple toxins, thereby helping cancer cells to grow and spread. These toxins further act to shut down our body’s defense mechanisms, making us more susceptible to cancer. Inflammation also increases oxidative stress, damaging our body’s cells and DNA, again potentially resulting in cancer.

Normally, a healthy immune system identifies and destroys countless cancer cells in our body every day, usually before they get a chance to reproduce. However, when our immune system is compromised by Lyme and its partner infections, it becomes unable to rid our body of these abnormally growing cells.

Viruses infiltrate cells and insert their own RNA to reprogram cells and make them a factory for creating more viruses. This takeover of cellular genes by a virus can potentially result in the cell becoming cancerous.

It’s fairly common for people to have long-lasting viral infections that are suppressed by a healthy immune system and remain undetected, with no signs or symptoms. However, once the immune system becomes suppressed by Lyme disease, these viruses become active.

In summary, Lyme is a complicated disease that is usually accompanied by multiple other dangerous infections, all of which can contribute to cancer formation via all three possible mechanisms – suppressing the immune system, causing mutations in cellular DNA, and inflammation.

Proper identification of Lyme disease and its associated co-infections, reduction of inflammation levels, and restoration of the immune system to full activity can help lower the very real risk of cancer posed by these deadly, chronic diseases.

Have you been affected by Lyme disease? We understand that it can be a very difficult experience. Please comment below and tell us more about what you’ve found most helpful in healing.