You are here: Home / Cancer Prevention / Can This Trace Mineral Reduce Your Breast Cancer Risk? 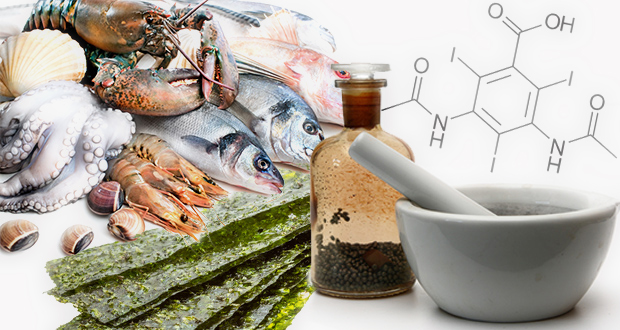 What if I told you that an essential trace mineral that’s been a staple of traditional diets for many centuries is all but missing from the modern food supply? What if I also told you that this elemental micronutrient (which serves as a basic building block for hormone production and healthy growth and development), can reduce your breast cancer risk?

This nutrient is known as iodine, and chances are you’re not getting enough of it from the foods you eat every day to maintain optimal health. Iodine is absolutely essential for a number of critical bodily processes, including proper metabolism, brain and bone health, and thyroid function. But there’s currently an epidemic of iodine deficiency that’s causing many people to suffer from a host of chronic health conditions.

Breast cancer is one such condition that’s directly implicated as a health consequence of iodine deficiency. Breast cancer prevention should be top of mind for women and undertaken before the appearance of breast cancer signs. Therefore it’s important to understand the science behind iodine and how it’s been shown to be effective at both preventing and helping to combat breast cancer without the need for radiation or chemotherapy.

Just so we’re clear, iodine isn’t some miracle drug or cure for cancer. It’s a nutrient that your body requires as part of its natural biochemical makeup. Iodine keeps your body from malfunctioning, so to speak, and when you aren’t getting enough of it, your defenses against cancer are weakened.

Iodine is stored and used all throughout your body.  This includes your thyroid and salivary glands, as well as in your brain, your breasts and ovaries (if you’re a woman), your eyes, and in your cerebrospinal fluid. It functions as a modulator for each of these important systems, which use it to perform their respective functions.

The recommended daily allowance (RDA) for iodine in the U.S. is a mere 150 micrograms (mcg). Small quantities of iodine are often added to common table salt as a public health measure to help people attain this amount. But many progressive physicians and researchers have found that this amount of iodine is too low to protect against serious illnesses like cancer.

Dr. Guy Abraham, MD, a physician from the University of California, Los Angeles (UCLA), explains in his book The Safe and Effective Implementation of Orthoiodosupplementation in Medical Practice that iodine can be safely consumed at levels up to 100,000 times higher than the government’s RDA.

This translates to 15 grams of iodine daily, which Dr. Abraham and his colleagues say is a safe amount for humans. I wouldn’t actually recommend taking this much iodine unless you have a serious health condition that might benefit from it, and only with the guidance of a qualified physician. But knowing that you could take this amount and not be harmed demonstrates the relative safety of this largely misunderstood micronutrient. 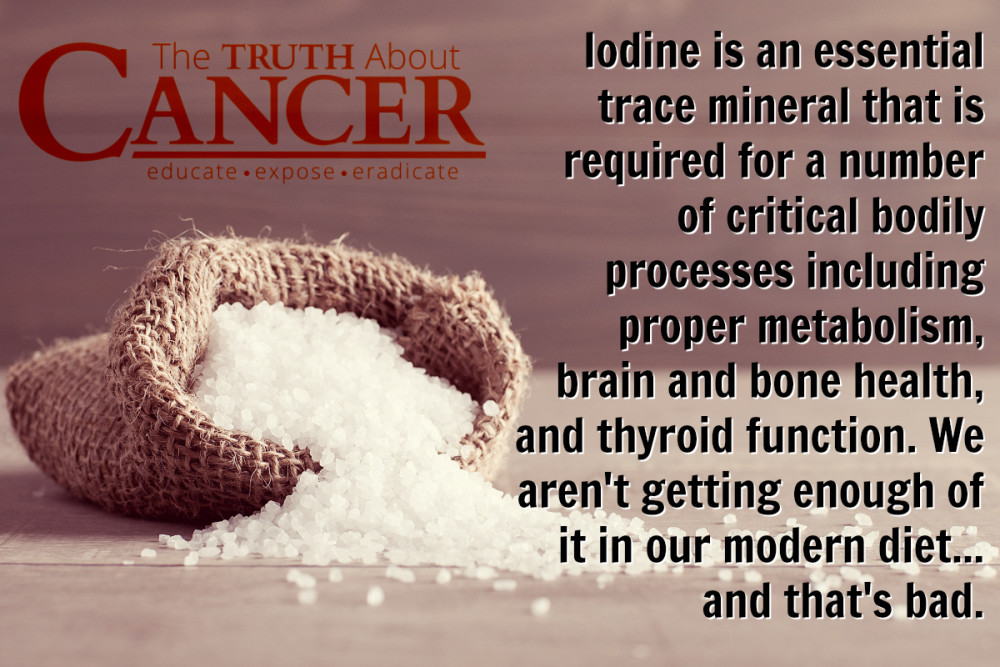 A much more realistic amount for daily maintenance, and one that Dr. Abraham recommends personally, is 12.5 milligrams (mg) per day. This is roughly the amount that Japanese people consume as part of their normal diet. Iodine is plentiful in seaweed, seafood, and other foods native to Japan, but not so much here in the U.S. Hence the need for supplementation.

While the 150 mcg RDA for iodine that the government recommends might help protect you against goiter, it won’t protect against cancer. Taking iodine at a therapeutic dose of 12.5 mg daily or higher can help prevent and even reverse several conditions. According to Dr. Abraham, these conditions include: hypothyroidism, fibrocystic disease, diabetes, migraine headaches, breast nodules and cysts, fibromyalgia, and more.

Dr. David Brownstein, MD, another iodine expert and researcher, in his book Iodine, reports of three case studies where women diagnosed with breast cancer successfully overcame their condition by taking iodine. Each of these women took 50 mg of iodine daily, and all were later cleared of their diagnoses. This is over 30 times the U.S. recommended daily allowance for iodine.

Contained within the more than 80 research papers he published over a 30-year span during his career, Dr. Bernard Eskin also uncovered evidence that iodine is an effective remedy for fibrocystic breast disease, a pre-cancerous health condition in which lumps form in the breast. Iodine breaks these lumps apart and, in effect, helps prevent nodules and other abnormalities from turning into cancer. 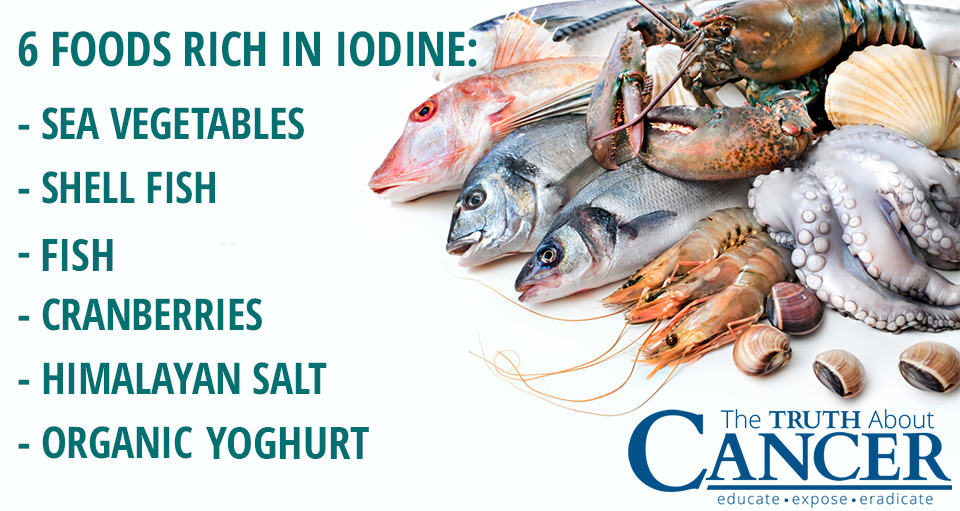 If you decide to start supplementing with iodine, be sure not to ingest the standard iodine tinctures sold at drug stores. These are usually brownish-orange in color and are sold for topical rather than internal use. Ingestible forms of iodine include potassium iodide (Iodoral is one great option), Lugol’s iodine solution, and Nascent iodine.

I won’t get into too many details about each of these, but I will say that Nascent iodine is particularly beneficial because it contains iodine in atomic rather than molecular form. This makes it more energetically potent and bioavailable for your thyroid gland, which is where most of the iodine in your body is stored.

The following quote is from the late Dr. Albert Szent Györgi, a Nobel laureate physician who’s been credited as being the first to discover vitamin C. He sums up the healing potential of iodine and its amazing ability to fill an important nutritional gap that many Americans lack:

When I was a medical student, iodine in the form of KI (potassium iodide) was the universal medicine. Nobody knew what it did, but it did something and did something good. We students used to sum up the situation in this little rhyme: If ye don’t know where, what, and why, prescribe ye then K and I.”

If you are experiencing any of the conditions mentioned in this article, be sure to talk to a healthcare professional to see if iodine supplementation may be right for you.

According to Dr. Abraham, taking a daily therapeutic dose of iodine can improve conditions such as: hypothyroidism, fibrocystic disease, diabetes, migraine headaches, breast nodules and cysts, and fibromyalgia.

When you are not getting enough iodine, your defenses against cancer are weakened.